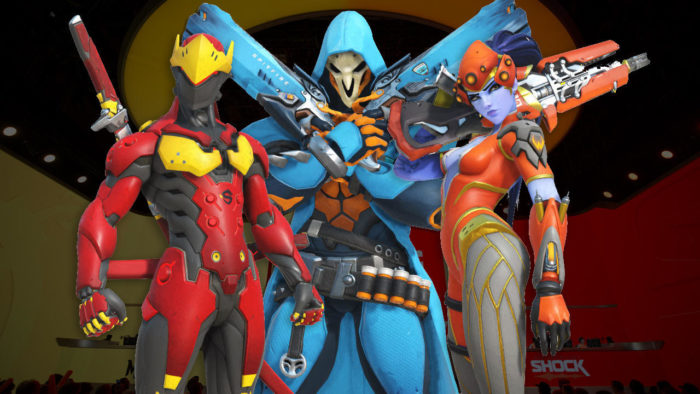 The Overwatch League’s teams are permanent franchises representing major cities across the globe. The Atlantic and Pacific Divisions, comprising six teams each, share a fierce hunger for the Overwatch League championship, as well as for the USD $3.5 million in performance bonuses at stake in the inaugural season. Who will you root for?

The Overwatch League (abbreviated as OWL) is a professional eSports league for the video game Overwatch, developed by Blizzard Entertainment which also oversees the League. The Overwatch League aims to follow the model of traditional North American professional sports, using a set of permanent teams and regular season play, rather than the use of promotion and relegation used commonly in other eSports leagues. Each team franchise is backed by an owner, and players that are signed onto the team are assured a minimum annual salary, benefits, and a portion of winnings and revenue-sharing based on how that team performs in the season.

The League was announced in November 2016, and the first twelve teams were established within a year from that. The first season will start regular season play in January 2018, running through June 2018, followed by post-season playoffs and an All-Star weekend to occur in July. A total prize pool of US$3.5 million is available to teams within the first season.

he Overwatch League plays out similar to most North American professional sports leagues, in which all teams play a scheduled games against other teams to vie for position in the season’s playoffs, rather than the approach of team promotion and relegation more commonly used in other eSports leagues. The League currently features twelve teams. While Overwatch is played in teams of six, League teams can have up to six additional players that can be swapped between matches. Players on a team are generally classified by which class of hero characters in Overwatch they are best at, typically classified as Damage, Tank, Support or Flex for those that can readily move between these classes; however, players during a match are free to pick any hero they want. While each team’s membership is locked at the start of the season, a mid-season signing period allows teams to bring in new players or trade players between teams.

In its inaugural season, a series of pre-season games were played in December 2017, regular season games planned from January to June 2018, and then a playoff for the championship scheduled for July 2018. All games in the first season will take place at the Blizzard Arena in Los Angeles, with capacity for 450 spectators. Blizzard plans to implement home/away team formats similar to professional leagues.

For the first season, the main season is made up of four 5-week long stages, with three matches played four days a week (Wednesday through Saturday) and a ten-day break between stages. Each team will play 40 normal matches during the season; 20 against teams in their division, and 20 from outside their division. At the end of each stage is a playoff based on the teams’ performances in that stage for a solitary winner of that stage for a prize of $125,000. Teams are also paid out based on their overall standings at the end of regular season play, ranging from US$25,000 to US$300,000 within the first season.

The post-season is based on teams’ performance across all regular games across all stages of the season. The top team of each division get an automatic bye into the post-season, while the top four teams across both divisions have a play-off match before facing off in the semi-finals and finals. The winning team will receive $1 million, and with the total prize pool across all stages and finals totaling $3.5 million.