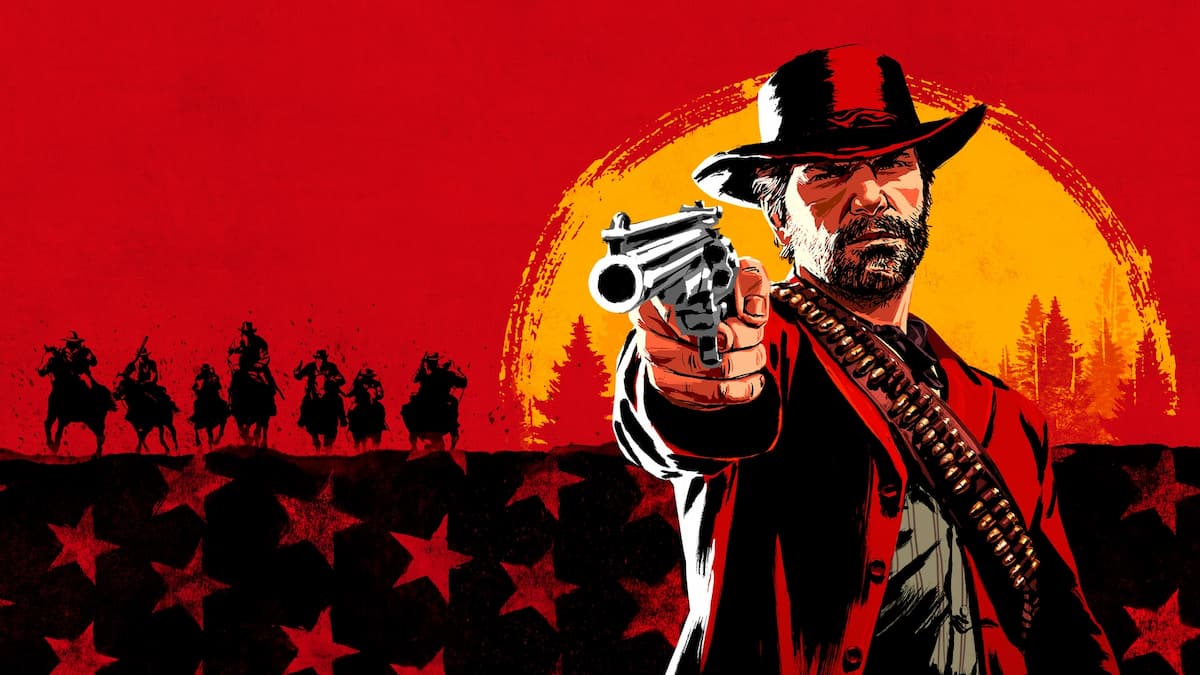 The Western, as a genre, has fascinated audiences in almost all forms of media. From pulp western novels to comic books to the on-screen Westerns, the wild west has a lot of resonance for Americans and some people outside the US. Video games are no exception, despite having fewer westerns than other mediums. Despite this, there are some very creative and fun executions of this age-old genre. As such, some of the best games of all-time are cowboy games.

This is a list of the best games where you can play a rooting, tooting cowboy, or at least emulate the tropes of cowboy westerns. These games are the best cowboy games this side of the Mississippi.

West of Loathing is a cowboy comedy game, which makes it perhaps the closest thing video games have to Blazing Saddles in the Western genre. West of Loathing is in a similar genre space with other humorous RPGs like the South Park games or the Cthulhu Saves the World series. It’s an RPG with stats and progression systems, but it’s also a comedy.

West of Loathing has a comedic style based on slapstick, puns, and overall silliness. It pokes fun at the absurdity of the Wild West and how goofy it can be, with classes like Cowpuncher or Beanslinger sounding more like folksy Wild West insults rather than cowboy professions. It’s also not afraid to cross genres with fantastical elements.

If you want a break from the occasionally over-serious nature of cowboy games, then West of Loathing is a goofy holiday just for you.

Call of Jaurez: Gunslinger is one of those games that fulfills the promise made by its own title. You play as Bounty Hunter Silas Greaves in a cowboy cell-shaded first-person shooter. Call of Juarez draws from tales of gunslingers and action inherent to the Wild West, even having an appearance from legendary outlaw, Billy the Kid.

The game’s story is told through a narrative framing device of Greaves sharing stories of his exploits, with the levels changing as Greaves’ story changes. This incorporates the, often exaggerated, tall tales told by gunslingers in a really fun way. This helps amplify the levels and the already very well-designed and satisfying gunplay and combat.

It’s the epitome of a fun popcorn action game, and the fun wild west theme helps add to the atmosphere and uniqueness of the game. There are surprisingly few first-person Wild West shooters outside the Call of Juarez series, so this game stands out among other shooters for having an interesting aesthetic and theme.

Undead Nightmare takes what is already great about Rockstar’s immersive cowboy open-world shooter and adds zombies to it. The game combines cheesy B-movie horror and westerns in a similar way to how Sleeping Dogs combines horror and martial arts in their Nightmare in North Point DLC. Both DLCs put a spin on the game’s base gameplay. Undead Nightmare, in part, does this by taking advantage of the aiming system to let you rack up headshots.

Undead Nightmare is in the sub-genre of Weird West westerns that need to be better explored by video games. Ultimately, it builds upon Red Dead Redemption’s game mechanics rather than throwing them out of the window.

Westerado is a game that takes gameplay freedom very seriously, which is fitting for a cowboy game. You play a Wild West Gunslinger on the hunt for your family’s murderer. In the pursuit of your revenge, you can interrogate and even shoot anyone if you feel like it. You do favors for clues about the villain’s appearance, which is randomized each time you play.

There are plenty of Wild West touches that make the theme and setting really pop. Your health is represented by hats that can be shot and in order to refill your health you shoot the hats off your enemies. In interrogations, you can cock your gun for dramatic effect, a common tactic for heightening tension and proving a character is serious in a cowboy movie.

Westerado gives you a lot of freedom to pursue your goal or to experience the open-world, but also there are consequences for your actions. Unlike some other open-world games, killing NPCs can have a genuine effect on later progression. This helps Westerado feel like less of an empty open-world and more of a community.

This underappreciated indie game captures the wild, roaming freedom of a western and the myths and folk tales of America. A rare cowboy game without combat, and a rare cowboy game set outside the 19th century, you play in the Great Depression as a person cursed to wander the continental United States. In a card game with a supernatural being, you lost your soul and now you have to wander in search of stories you can tell.

Where the Water Tastes Like Wine captures the wanderer’s spirit of the genre like no other game, encapsulating the feeling of being a lone wanderer similar to the Spaghetti western characters. At the same time, it plays with the tropes of the late western, of the slow encroachment of cities and urbanization towards the west rather than the fantasy of a wild unknown.

Where the Water Tastes Like Wine is largely great because of its fantastic story and writing. It does have a high buy-in, with players often wandering through the expanse of the US for a while before anything interesting happens. However, despite how unstimulating the game can be at times, it has an ambiance like no other, and is complemented by excellent music.

The Oregon Trail is a classic known for being an educational experience but also for being a challenge to rival even some of the harder simulation games of modern times. In Oregon Trail, you lead a caravan west from Mississippi to Oregon, simulating the harsh travels undertaken by settlers moving west.

The game was infamous for being difficult and deadly. Part of the difficulty of playing The Oregon Trail was its complexity, but also part of it was the fact that death was random and capricious. Your characters could come down with horrible ailments seemingly at random, leading to the unofficial slogan of the game “You Have Died of Dysentery.”

One of the smartest cowboy games, Desperados made the unlikely combination of marrying a western with a tactical stealth game. In Desperados III you play a team of outlaws who band together to take out their enemies. From a hunter with a giant bear trap to a sniper doctor, Desperados III is filled with colorful characters.

Desperados III combines the lore and aesthetics of the Wild West with the smart puzzle action that all the best stealth games benefit from. There are few feelings as enjoyable as slowly picking off enemy guards and slowly but surely making an impossible goal easy to accomplish. Each of the characters has items and abilities which manipulate enemy guards or take them out entirely.

Desperados III is a tightly designed experience and a satisfying gameplay experience, flavored in a fun and pulpy way, which is fitting for the Wild West genre. The game also draws from a wealth of character archetypes, which really helps the setting feel more colorful.

For many people, Red Dead Redemption delivered on the promise of a Rockstar cowboy game. There is the sense of freedom that you can find in GTA, but with an Old West coat of paint. The story too was a great rendition of classic cowboy tropes, dealing with the oft-explored themes of revenge, family, and justice that come up in the best Westerns.

Red Dead Redemption and Red Dead Redemption 2 are both, in the same sort of way, near-perfect transpositions of the Western genre into a video game. That is not to say they don’t have gameplay flaws. The pacing, for example, can be a bit slow for some players, but there are very few major changes or additions you could really make to the basic gameplay of these games to better emulate the stories of the Wild West. A Rockstar sandbox is the most perfect and least convoluted setting for the Wild West. Red Dead Redemption as a series is the platonic ideal of a cowboy video game.

It is, again, not without its flaws. Pacing can be an issue and it can feel like there’s a lot of busywork, like in a lot of open-world RPGs, but on the other hand, the chance to experience a cowboy adventure can be more than enough to outweigh those annoyances.

Fallout: New Vegas takes the fallout universe and sprinkles it with a dash of Western tropes. Fallout takes place in the far future of an American post-apocalypse, where society has been rebuilt, but the wasteland is still a wild untamed frontier. You play as the courier, a character shot in the head and out to find their killer in an open-world story-heavy RPG.

Besides being one of the greatest video games, period, and perhaps the most well-loved Fallout game, it is also one of the best Westerns in video game history. From the radio soundtrack of folksy Marty Robins’ cowboy songs to the old-time weaponry including caravan shotguns and lever-action rifles, the Nevada wasteland is chock-full of Wild West imagery. It captures that spirit of frontier adventure that Westerns aim for with an additional dash of retro-futurism and social commentary native to the Fallout Universe.

Obsidian’s crown jewel is known for its excellent writing and story. This is for good reason, as the wasteland of New Vegas is one of the best settings ever devised. Fallout: New Vegas has tons of factions vying for control, but it really puts the ‘wild’ in wild west, feeling like an untamed adventure whenever you’re on the road.

Red Dead Redemption 2 is perhaps the best comparison to the Good, the Bad, and the Ugly that the video game world has. It’s a long epic about the life of Arthur Morgan and his involvement in Dutch’s crew. The story of the game is itself a Western epic that deserves to be scored by Ennio Morricone, even if it has a similar pacing issue to the original.

Red Dead Redemption 2 has some of the best, most emotional scenes and storylines of any western media, let alone a cowboy video game. It’s a story with a lot of heart and it takes its time to develop Morgan well. It nails the atmosphere of a cowboy video game and the detail-oriented approach of Rockstar helped to make the game so immersive.

Like the earlier Spaghetti western comparison implies, don’t expect instant gratification with Red Dead Redemption 2. If you’re into the game, then you’re in it for the long haul, with the story taking 50 hours if you know what you’re doing, and much longer if you want to experience everything the game has to offer.