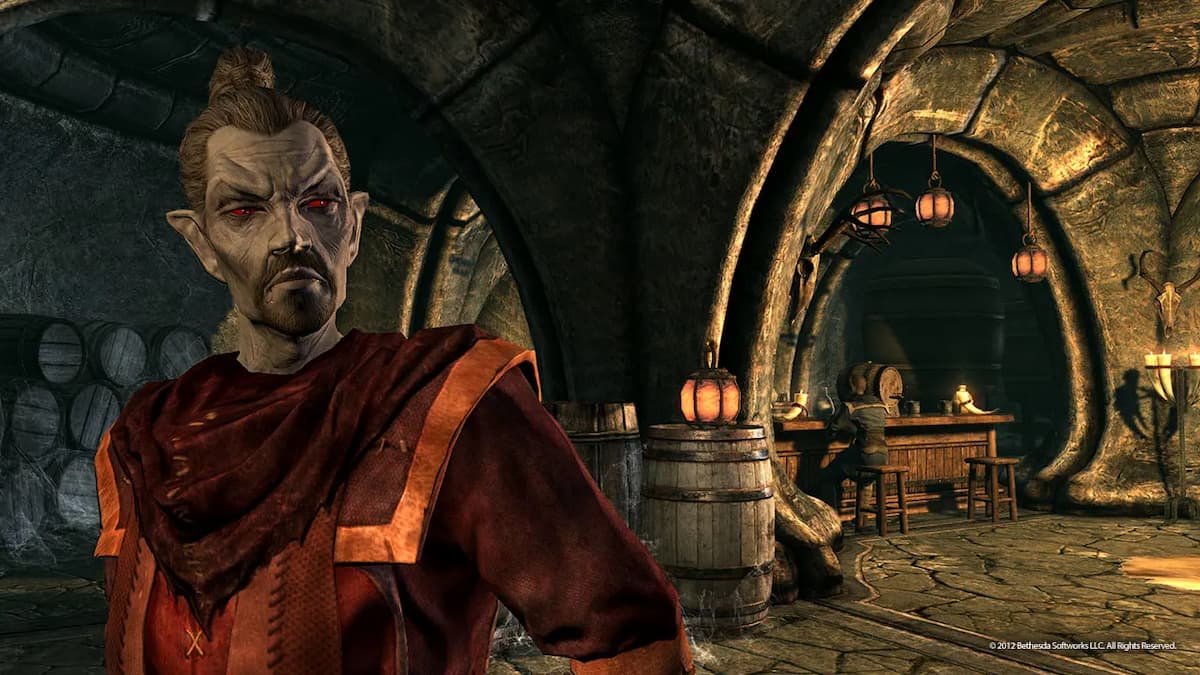 Here are 20 of the best alchemy recipes in Skyrim. Whether you’re looking to gain an advantage in battle, boost your skills in town, or make a quick buck, these recipes can get you there.

Most Useful Alchemy Effects in Skyrim

This is one of the most essential alchemy effects in Skyrim for reasons that should be obvious. A health-restoring potion can make the difference between finally beating that gnarly monster or dying for the 47th time.

These ingredients all have Restore Health as their first effect, meaning you can eat them on their own for a small health boost, but combining them into a potion yields much more powerful results.

Sometimes even a heavy-duty health potion isn’t enough to defeat an enemy, and that’s where Invisibility comes in. An Invisibility Potion can help you sneak past them when beating them just isn’t an option. It’s also great for completing those stealth quests when you’re more of a Tank.

If the NPCs you encounter start saying that you look unwell, check your Active Effects because you may be infected by one of Skyrim’s many diseases. A Cure Disease potion can cure them all, including Sanguinare Vampiris, if you treat it soon enough.

Pro tip: If you have Hawk Feathers, just eat them. Cure Disease is an all-or-nothing potion – you drink it, and it cures your disease. But since Hawk Feathers have Cure Disease as their first effect, simply eating them will have the same effect as a crafted potion.

Some locations are absolutely loaded with loot, and when you run into a locked chest, you just know it’s full of good stuff. A Fortify Lockpicking potion can help you pick more difficult locks than your skill level would allow, giving you access to that sweet looty goodness inside.

Now that you’ve picked that lock and nabbed the rare gear inside the chest, you’re carrying too much weight. Great. Good thing you brewed a Fortify Carry Weight potion before you set out on your adventure. These potions increase the maximum weight you can carry for a limited time, allowing you to fast-travel into town, where you can drop off the goods.

The right combination of effects can turn a basic potion into a literal game-changer. Combining alchemical ingredients often yields mixed results, but these handy recipes can take some of the mystery out of the process.

This potion is an absolute must for any magicka-wielding player. It boosts your maximum available magicka, restores what you’ve already spent, and increases your magicka regeneration rate. This combination makes it possible for you to cast stronger spells with less downtime in between.

Taking on a group of mages can be an absolute nightmare to prepare for. How do you protect yourself from different magickal attacks coming from every angle? This potion is a lifesaver when one magickal resistance isn’t enough.

You can use this potion to escape quickly when things get dicey in the middle of a battle. It will render you invisible so you can sneak out of harm’s way and protect you from any magickal damage your enemies may be flinging at you as you retreat.

Damage and Ravage Health Plus Weakness to Poison

This poison is one of the best ways to take on a monster that’s above your level. Ravage Health reduces the target’s maximum health, making them easier to kill, then Damage Health gives you a head start. Finally, Weakness to Poison makes future poison attacks more effective, so you can take them down quickly.

This potion is great for taking on wily creatures that just won’t hold still long enough for you to land your attacks. It gives a quick hit of damage to the target and then slows them down so you can finally get a hit on them.

Most Profitable Alchemy Recipes in Skyrim

The recipes in this category may not give you an advantage in battle, but they will help you earn a lot of gold quickly. These pricey potions use ingredients readily available at alchemy shops, so you can easily brew a batch to sell for instant profit.

This is actually a pretty useful potion to drink in a dungeon when you’re loaded with loot and trying to make your way out. But its value might be worth more than all that loot combined at an estimated 818 gold.

This is a potion you probably won’t be too mad about selling. Boosting your health and carry weight is great, but not at the cost of your stamina regeneration rate. But at a profit of roughly 830 gold, it’s a perfect potion to brew when you’re low on funds.

This potion is a whole mess of effects that you probably don’t want to bother with, so just mix it up and sell it for a tidy profit of about 610 gold.

This probably wouldn’t be a bad poison to use on an enemy. After all, improving their carry weight won’t raise their defenses, but slowing them down and damaging their health is a definite bonus. But at an estimated profit of 547 gold, you’re almost certainly better off selling it.

This is another one of those messy potions that just aren’t that useful in battle. But it will yield you roughly 545 gold in profit, so mix it whenever you can get your hands on the ingredients to do so.

These potions use rare and hard-to-find ingredients to produce powerful potions and poisons that can give you the upper hand in battle. These three recipes may be uncommon, but they’re definitely worth the effort of locating the ingredients for their massive benefits.

Only one potion in the game will give you five positive effects with no negatives. You’ll need the Special Edition patch to access Lichor and Watcher’s Eye to make it, both of which come from Khajiit caravans.

The only poison with five negative effects and no positive effects is the rarest in the game. It requires the ingredient Jarrin Root, and there’s only one in all of Skryim. But if you decide to use it for alchemy, you’ll have the most powerful poison in the game, dealing over 1000 damage if your alchemy skill is high enough.

This potion is great for quickly escaping a dungeon full of mages when you’re overloaded with loot. And thanks to the Purity Perk, you won’t suffer any of the negative effects you’d otherwise get from these ingredients. Win!

This beast of a potion can help a magicka-wielding player take down a room full of enemies fast. Fortify sneak so you can get in without being seen, boost your destruction for killer magickal attacks, and restore some of the magicka you’ve already spent.

Need a little more defense to get through that vicious dungeon? This potion will improve your heavy armor defense and protect you from poison while boosting your magicka so you can do a few more spells.

Of course, with as many ingredients as there are in the world of Skyrim, there are hundreds (maybe thousands) of alchemy recipes to be discovered. What are your favorite alchemical combinations in Skyrim? Let us know in the comments!

Hopefully you found this guide on the best alchemy recipes in Skyrim helpful. Before you go, be sure to check out our other coverage, including the best armor mods and other games you might like if you’re a fan of Skyrim.