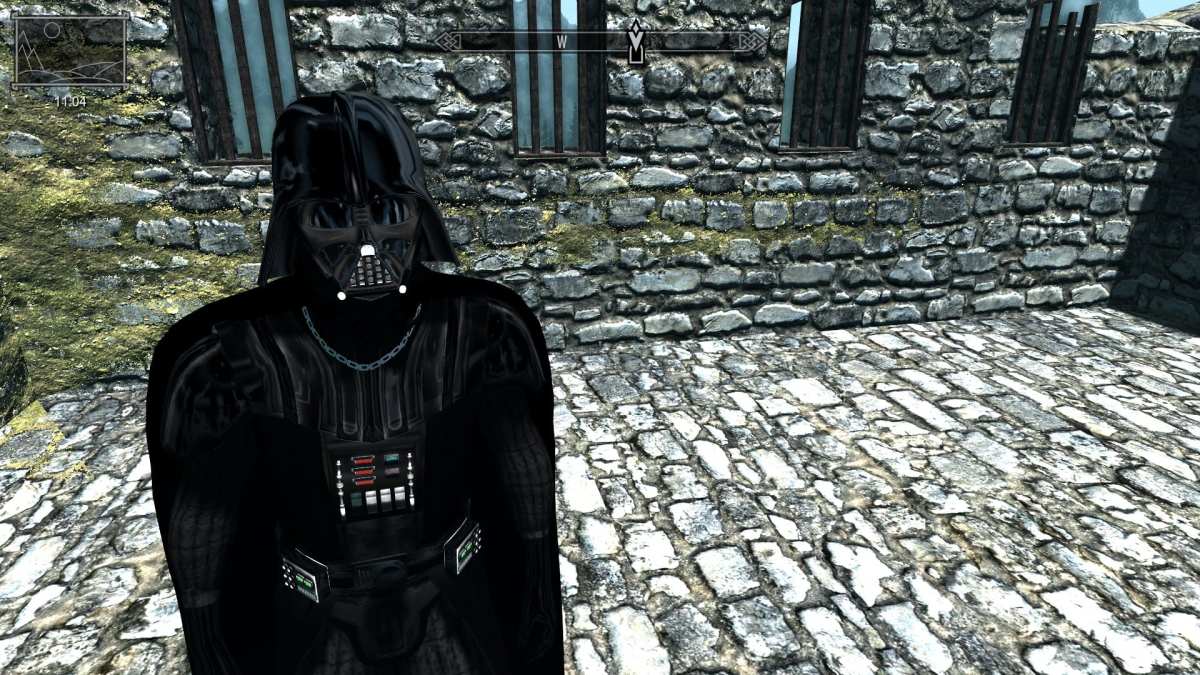 Skyrim is packed with all sorts of different armors and items you can use on your character. However, with these mods on, you can expand your armory with all sorts of cool (and even weird) equipment. Here are the best Skyrim armor mods on Xbox One, PS4, and PC.

This one is just for PC, but, if it’s definitely a must download if you are playing on PC. This mod will not only greatly enhance the look of the armors already in the game, but it will give you way more control on what is/isn’t craftable and how the armors are distributed in-game.

With this mod, you’ll be able to craft Darth Vader equipment as well as a saber hilt, which you can enchant with a saber blade once you pick up a lightsaber mod.

Ashara Princes of the Woods (Xbox One)

This mod adds Ashara Princes of the Woods armor to Skyrim through 17 different armor pieces, 6 fur complements, and 8 wigs. Between those pieces and various color options, there’re 122 new items to try out.

With Nazgul Armor, you can dress as the villainous Lord of the Rings riders. This set is light armor with Dragonscale-level stats, and works for male and female characters. One of the best armor mods you can get.

Now you can wield the mythical Skyforge to create stronger versions of Dragonplate armor (and Dragonbone weapons, if you’re into that too).

It’s hard to feel like a badass mage in Skyrim, given you’ll be walking around in nothing but cloth. It may be time to take up the Ebony Archmage armor set and let Tamriel know who’s boss. Cons: the helmet does not always seem to work on Argonians and Khajiit. Pros: It comes with a scythe.

Armored Robes is another great mod for mages, adding robes with armor ratings to your crafting options. It’s one of the best mods you can download if you have a magic build.

Witcher 3 Viper Armor lets you run around in the Viper school garb of Geralt, the protagonist of the hit RPG, The Witcher 3: Wild Hunt. Note: the set is made for only male character models.

The Morag Tong is a powerful secret society, and as such, Morag Tong armor should pack a little more of a punch. This mod adds a set specially enchanted for assassins and with stats equivalent to Glass tier.

For those who enjoy the strength of Heavy Armor, but don’t enjoy covering their faces with giant metal blocks, there’s the Heavy Armor Hood. This mod drops a Deadric-level hood near Windhelm with the stats of heavy armor, but the appearance of a cloth hood. Definitely one of the best mods worth getting.

With the Daedric Blue Light Armor mod, you can craft awesome Daedric gear that weighs half as much as the standard armor. Also, it glows blue!

The Crom mod adds a number of craftable armors that turn your hero into a skeleton, either clothed or bare bones (hah). Basically, putting on this armor takes off your skin. One of the best freaky mods you can get your hands on.

The PS4 doesn’t get a lot of armor mod love because of Sony’s restrictions on the use of external assets. This mod looks to help by providing craftable Nocturnal Robes.

Need even more Witcher 3 in your Skyrim experience? This mod adds the Feline armor set to Skyrim: Special Edition.

For the female Witchers out there, this Ciri armor mod will put you right on The Path.

Skyrim has room for sorceresses as well. This mod will grant you armor that decks you out as either Triss or Yennefer from The Witcher 3. Witcher fans definitely shouldn’t miss out on one of the best mods in the game.

Molag Bal, the Daedric Prince of domination, harvests souls and created Vampires. If you hope to be even half as hardcore as him, you’ll need this Knight of Molag Bal armor.

You’re the Dovahkiin, so you better look the part. This amazing mod grants you dragon wings that not only make you look cool, but also increase the following stats: health, magicka, stamina, and shout recovery rate. One of the best mods you should have on your list.

Another great option for spellcasters, this mage armor set is well-hidden within the College questline, and offers great stats and starting enchantments at either light or heavy weight classes.

This mod adds a series of craftable fur hoods, so that your character has something more realistic to wear during the cold seasons of Skyrim. It’s also compatible with the famed Frostfall mod, offering maximum cold protection.

Be Scorpion from Mortal Kombat. If you want to tear your enemies apart and pull off fatalities, now you can do it with style with one of the best mods.

Turn any armor into either light or heavy equipment with this mod, ideal for anyone looking for more equipment freedom. Hands down one of the best mods you can get.

Legend of the Beast Slayer (Xbox One)

Become a Beast Slayer with this custom heavy armor set, craftable after completing a special quest picked up from books in Whiterun.

Similar to Immersive Armors, aMidianBorn Book of Silence SE is another option for enhancing the quality of the armor that is already in-game, and also gives you very useful tools for managing the armors in-game.

Ever feel like there should be more of the Orc and Eleven race-themed armor? Well, NordWarUA’s Race Armor Expansion does just that. It beefs up the quality and number in the game, giving Orc and Eleven players something a little more interesting to roleplay with.