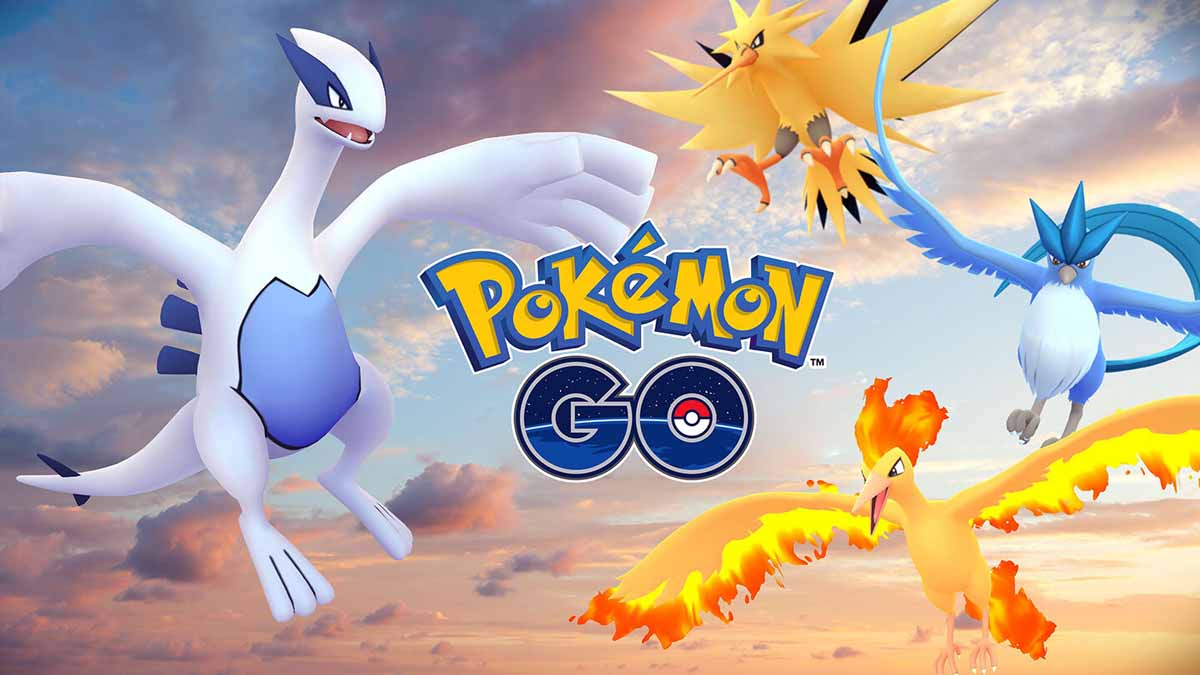 You can evolve your Eevee in Pokemon GO, but you don’t choose what Eeveelution you get as you do in the games. If you just hit Evolve, whether you get a Flareon, Vaporeon, or Jolteon is all up to chance.

What has worked for a number of players is naming their Eevee Rainer, Sparky, or Pyro to get a Vaporeon, Jolteon, or Flareon, respectively. Hats off to TheAztek for working this out.

Rustling leaves aren’t the most confusing feature Pokemon GO doesn’t explain, but here’s the lowdown anyways: they signal nearby Pokemon, and walking near them will often trigger and encounter. Sometimes rarer than average Pokemon can be found in rustling grass, but you could always just end up with another Pidgey.

3. What To Do With Your Extra Pokemon (What’s Transferring?)

Sacrifice them. Unless you particularly enjoy carrying around a personal Pidgey army, the best thing to do with duplicate Pokemon is to transfer them to Professor Willow from their stat page. This is basically a less sinister way to dump them, while also collecting Candy from the professor in return.

Notice any XS or XL symbols on your Pokemon’s stat page? These indicate your Pokemon’s height or weight is smaller or larger than the average for that species. Larger pokemon aren’t necessarily stronger, so it’s generally useless information outside of the Youngster medal, which tasks you with catching Rattata weighing under 1kg, and the Fisherman medal, which wants you to catch Magikarp weighing under 1kg.

In the bottom right of your screen, you’ll see a little box of Pokemon silhouettes. Tap that, and it’ll open up a screen showing nearby Pokemon, each with a set of footprints beneath them. One footprint (or none) means the Pokemon is right under your nose. Two means it’s a little farther away. Three footprints means it’s quite a ways off. You can tap on of the Pokemon listed here, and that’ll keep it in the lower right of your screen so you can track its distance.

You can’t. Maybe one day we’ll be able to play with friends and reverse our terrible decisions, but not today.

If you’ve randomly tapped on the PokeStop screen enough, you may have noticed they come with a Module slot. If you purchase a Lure Module from the store, you can place it here and attract Pokemon to the Stop for 30 minutes. Unlike Incense, anyone will be able to benefit from the lure. It seems as though additional Modules may be added in the future, but Lure is all we have for now.

8. How to Get PokeCoins

PokeCoins are Pokemon GO’s currency, and can be used to purchase all kinds of fun stuff from the in-game store, like Modules or larger collection bags. You can either buy them with real money or earn them by dominating Gyms. You’ll get 10 PokeCoins a day for every Pokemon you have defending a Gym of your team’s color, and can earn up to 100 per day through this.

Candy’s crucial for powering up and evolving your Pokemon, but Pokemon GO never really specifies how to get it. On rare occasions, you can get them as loot at PokeStops, but more commonly they’re acquired by catching Pokemon, transferring Pokemon to Professor Willow, and hatching Eggs.

Continuing the trend of unexplained currency acquisition, Pokemon GO is pretty silent on Stardust. You can get it by catching Pokemon or as reward for defending a Gym for a day.

11. How To Collect Your Gym Rewards

To get your hard-earned PokeCoins and Stardust, tap the Poke Ball menu button, head to the Shop, then tap on the circle in the upper right hand corner.

12. How to Turn on Battery Saver Mode

Pokemon GO sucks a lot of battery, so feel free to click on the Poke Ball menu button, hit Settings in the top right corner, and active Battery Saver. Maybe now I only have to buy two external chargers.

CP stands for Combat Points and serve as Pokemon GO’s strength meter. The higher your CP, the more Pokemon butt you can kick. You can raise by using the Power Up option on your Pokemon’s stat page, and it’ll cost you Pokemon Candy and Stardust.

There’s also a CP cap, represented by the white, semicircle gauge seen haloing around your Pokemon on their stats page. Each Pokemon species has its own CP cap, with rarer and more evolved Pokemon typically donning higher caps and more kick-ass potential. You will also increase your Pokemon’s CP cap as you up your trainer level.

14. How to Name Your Pokemon

If you click on your Pokemon in your menu and bring up its stat page, you’ll spot a light grey pencil icon to the right of their name. Hit that to give your Pokemon a nickname.

15. How to Get Poke Balls, Great Balls & Ultra Balls

16. How to Catch Pokemon Without Leaving Home

What we all really want to know: how can I catch Pokemon from my couch? Incense is pretty handy for fulfilling all your Pokemon Master dreams from home. These are purchasable from the store, and can be consumed to draw Pokemon to your location for 30 minutes. Don’t expect a Dragonite to come prancing through your living room, or a glorious swarm of Rattatas arriving to challenge your now-disturbing legion of Pidgeys. Something non-rare should pop up every few minutes.

Battle’s aren’t much like they are in traditional Pokemon games. You can only do battle at an enemy Gym, where you’ll challenge its defending Pokemon with a chosen team of six. Swipe left and right to dodge attacks from the enemy, and tap on the screen to use normal attacks. Type still matters, so keep in mind the strengths and weaknesses of your Pokemon and moves.

18. How to Use Special Attacks in Battle

Your Pokemon each have two attacks, a normal one and a special one. The latter is stronger, and can only be used once your special bar is filled in combat. Keep using normal attacks until this blue meter is full, then hold down on the screen to unleash your more powerful move.

19. How to Take Over Gyms & Become a Gym Leader

Each Gym has a prestige number that represents the CP of the Pokemon stationing it. By battling Gyms and winning, the Prestige will drop. If it hits zero, you will successfully take over the Gym for your team and need to place Pokemon there to defend it. If other members of your team drop by, they can also leave Pokemon. If your Pokemon has the highest CP, you will be deemed the Gym leader.

There’s no breeding mechanic in Pokemon GO, so you’ll be getting your eggs from Pokestops. Once you’re in possession of one, head to your Pokemon menu and flip over to the Eggs page on the right. You’ll need to tap on the egg and place it in an incubator, and then walk a certain distance for it to hatch. Pokemon GO uses both GPS and your phone’s pedometer to measure distance, so the app has to be open while you’re walking. It also won’t count distance if you’re moving at car-like speeds, though slow skateboarding has been proven to work.

The game also has Lucky Eggs, which don’t make Pokemon at all. These can be bought from the store and can be consumed to grant 30 minutes of double XP.

21. How To Tell if You’re Getting Closer to a Pokemon

Nobody’s too clear on the details of Pokemon tracking. Some think that if you select a Pokemon from the ‘nearby’ box, and the box begins blinking, then you are getting closer. Unfortunately, the box also blinks when a new Pokemon is nearby, and it’s not a great tool altogether.

What we do know is that in the Nearby Pokemon box, the closest Pokemon is in the top left, while the farthest is in the bottom right. With some trial and error, watching a Pokemon’s position in this box will help you narrow down its location.

You can find rarer Pokemon at higher trainer levels, and the rings around them indicate difficulty. Green rings signal an easy catch, yellow will be slightly more difficult, orange harder still, and Pokemon with red rings will be very hard to catch, prone to busting out of Poke Balls or running away entirely.

Rings are also your targets. Hitting inside them with your Poke Ball will give you a small XP bonus after the Pokemon is caught, as well as a supportive “Nice” or “Great” from the game.

23. You Can Fight Your Own Team’s Gym & Even Your Own Pokemon

You can fight a Gym controlled by your own team, as well as fight against a Pokemon you’ve stationed there. Simply challenge the Gym as you would any other, although you’ll only be able to take one Pokemon into battle instead of six. If you’re battling your own Pokemon, you get XP for the one defending the Gym and the one attacking it.

When someone uses a Lure Module on a PokeStop, it draws in swarms of Pokemon and nearby trainers. It also becomes enveloped in a pink flower tornado that symbolizes the sweet PokeParty going down.

Catching a Pokemon with a curveball gives you 10 bonus XP. To put a little spin in your catch, hold down on the Poke Ball and make circular motions until it starts to sparkle, then toss. You can also get the curveball sparkle by tossing the ball with a curve swipe.