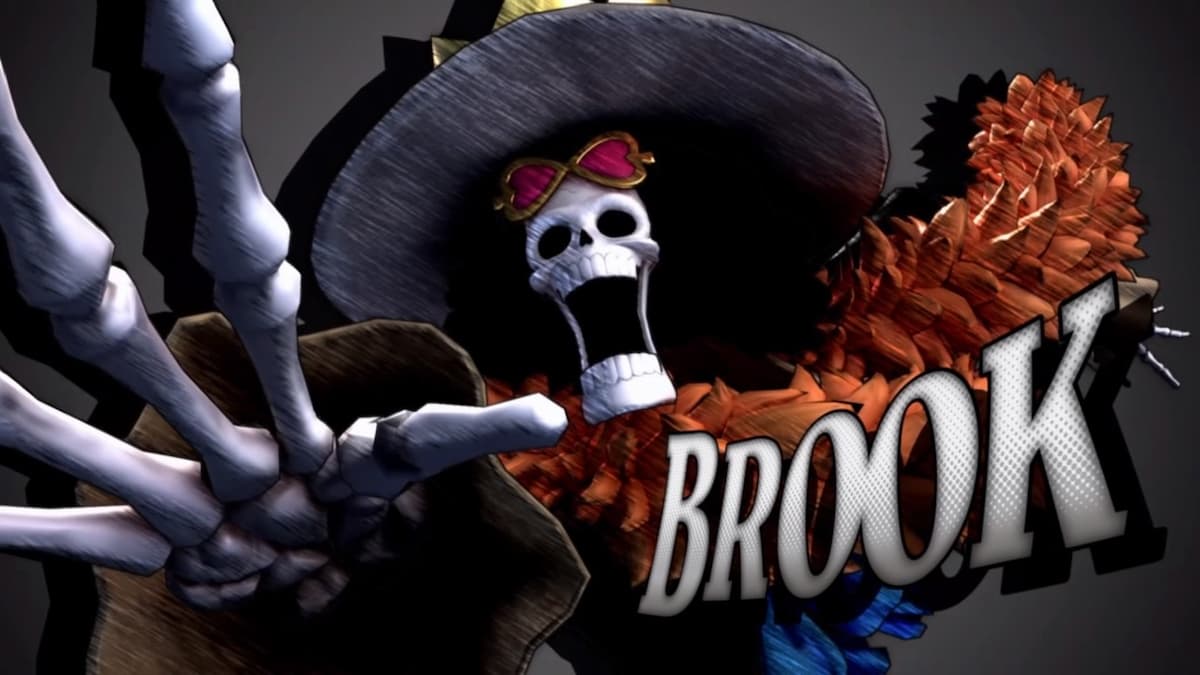 Brook is the funky musician of the Straw Hat Pirates who can take down foes with his trusty Soul Solid cane sword. So, now that the latest video game installment of the series has been released, some wonder: can you play as Brook in One Piece Odyssey? Here’s everything you need to know about this character.

Is Brook a Playable Party Member in One Piece Odyssey? Answered

You can only play as Brook once you reach Chapter 7 in One Piece Odyssey. At the story’s beginning, the character loses his body after the crew crashes on a mysterious island, preventing players from equipping him as a party member. Eventually, Brook will ask the team to help him locate his vessel at South Beach, where you’ll start the quest: ‘Get Brook’s Body Back.’

When players reach this beach, they can find the body in the middle of the ocean, but it gets swallowed by the Merchant Walrus. As a result, you must take down this creature and the Fire Colossus to acquire the vessel. Fortunately, Brook will join in during the showdown against the second boss after he resurrects himself.

Brook is a Technique-type character, so he’s strong against Power-types, like the Fire Colossus. As for his skills, you can use abilities such as Lullaby Parry, Soul Solid, and Song of Scratches Blizzard Strike. Once the fight ends, you can play as Brook and utilize him for battles in One Piece Odyssey.

Now that you know Brook is a playable party member in One Piece Odyssey; you can perform any of his unique skills to eliminate enemies. For more content, be sure to explore the relevant links below, including our guides about Turn-Based mechanics, Game Pass compatibility, and how to level up fast.