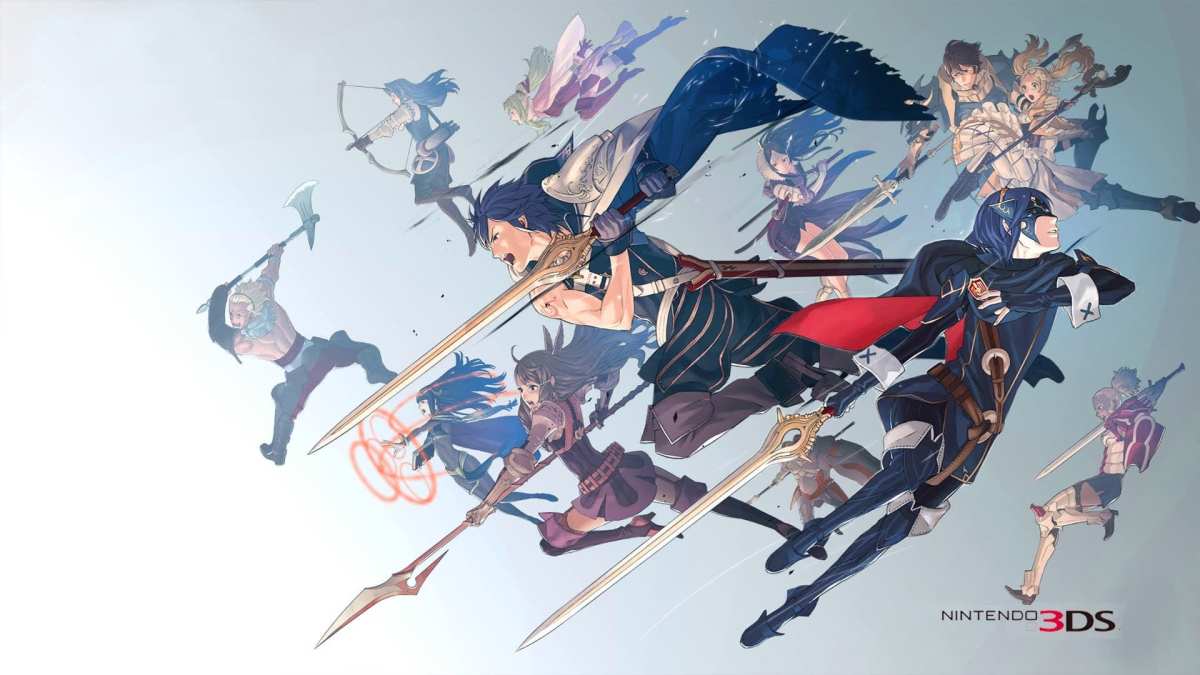 There are tons of JRPG goodies available to play on the Nintendo 3DS, but it can be hard to track down the best of the best. Thanks to our list of top 20 JRPG’s on the 3DS, you won’t have to look much further as these are the creme de la cream. Without further ado, here are the best JRPGs of all time on the Nintendo 3DS.

The Fire Emblem series is Nintendo’s premier tactical role-playing series that’s been around for quite some time now. Awakening was the first one developed for the 3DS and has gone on to become one of the best JRPG’s on the handheld system. With the classic permadeath option available to players, keeping your troops alive will be your number one priority, making for some tough decision making on the field.

Pokemon X and Y, like Pokemon Sword and Shield will be doing later this year, brought in a ton of Pokemon fans over to the 3DS to experience Pokemon in a brand new light with a new region and undiscovered Pokemon. Just the adorable new trio of starter Pokemon alone makes this Poke-adventure worth it right from the get-go.

Dream Drop Distance bridged the gap between Kingdom Hearts 2 and 3 and, story-wise, is very important to the overarching narrative of the Square Enix and Disney JRPG series. Playing as Sora and Riku this time around was pretty refreshing and 3D gave us plenty of new Disney Worlds to explore.

Shin Megami Tensei is the name of the overarching series that houses a little franchise called Persona. The fourth iteration of these difficult dungeon crawlers on 3DS takes place in a kingdom called Mikado, where you, a newly appointed samurai must fight to protect his kingdom from dastardly demons.

Bravely Default was originally intended to be a direct sequel to a different Final Fantasy spin-off, but after talks over at Square Enix, the game ended up being its own JRPG series, but still with tons of influence of old-school Final Fantasy. Its characters, world-building, and unique combat system set it apart from the rest.

Playing as a man named Stocke who is attempting to save the world by going back through time, Radiant Historia: Perfect Chronology is a remake of the 2011 DS game. The grid and turn-based combat system remind us of classic JRPG’s of the past, but with some voice acting and other improvements, this underrated gem deserves to be played.

8. Persona Q: Shadow of the Labyrinth

Persona Q might be the dream game for big-time Persona fans as this dungeon-crawler mixes up the main characters from Persona 3 and Persona 4 and throws them into a brand-new adventure. If you ever played Etrian Odyssey, then the combat and first-person view will be easy to get used to.

Even though this a cleaned up version of the DS classic, playing as Bowser in this turn-based RPG is still as fun as ever. It reminds people that Mario and Luigi don’t always have to be the center of attention, even when they end up getting stuck inside the body of our fire-breathing antagonist. The light RPG mechanics, comedic writing, and active battle system present in the Mario & Luigi series are all done very well in this updated port.

10. Dragon Quest VII: Fragments of the Forgotten Past

This timeless PlayStation classic looks better than ever thanks to the power of the Nintendo 3DS. This traditional turn-based RPG doesn’t stray far from the formulaic approach that Dragon Quest is known for, but if you have dozens of hours to spend on a very good RPG then look no further.

Finding success in Japan and then finally making its way to the states, Yo-kai Watch takes a lot from other monster-catching franchises like Pokemon and Digimon but presents itself in a more fun and light-hearted manner. Finding a variety of Yo-kai all over the town, putting them into battle, and watching them grow stronger is ever so satisfying.

Tales of the Abyss is a simple port of the PS2 classic JRPG from Namco, and not much has changed for the 3DS version. One of the best stories of all time still hold up though, and the updated visuals make the 3DS one of the best places to experience Luke’s journey.

Monster Hunter Generations takes the best of the best and throws in some new type of moves to impress both veterans of the series and newcomers. With new monsters, areas, and the extremely customizable Hunter Arts and Styles, Generations is the MH game to own on 3DS.

In the Etrian Odyssey series, you gather together a group of four brave warriors to battle through floors upon floors in multi-tiered dungeons. By using the touchscreen on the 3DS, you even have to draw out the dungeon maps yourself by exploring every nook and cranny.

In Fantasy Life, you can be whoever you want to be thanks to the 12 different classes that you can choose from. Accept quests and missions around town to collect crafting materials and even go fight monsters in outside areas. The mixture of simulation and RPG mix quite well with Fantasy Life.

The Shin Megami Tensei Devil Survivor series has some of the best grid-based tactical combat that I’ve seen in an Atlus game. A group of young adults ends up having to save the world from a catastrophic event by defeating demons by using their cell phones – weird… I know.

Meant to be a spiritual successor of the Mana series of games, Ever Oasis is a pretty straight-forward RPG as you control a party of up to three characters to then take on quests to further improve your oasis. It’s charming aesthetic and adorable designs are just asking for the game to be played.

You can expect Rune Factory 4 to have the common elements seen throughout the series: romancing npc’s, cooking, crafting, and dungeon-crawling. Rune Factory does all of these things oh so well and what other game lets you have a baby?

Xenoblade Chronicles is a port of the Wii game with the same name. This RPG comes from the makers of Xenogears and takes place on gigantic ancient mechanical beings. The huge world of Xenoblade is full of side-quests, an array of intriguing enemies, and a deep combat system.

Monster Hunter Stories isn’t your typical Monster Hunter game; instead of killing monsters to carve them for stronger weapons, you get to play the role of a Monster Rider, a job that requires you to befriend creatures. By getting a team of monsters, you then participate in turn-based battles, that uses a “rock-paper-scissors” system similar to Pokemon.

Thank you guys for checking out our list on some of the best JRPG’s out on the Nintendo 3DS! If you have a favorite JRPG that’s not on this list? Let us know and maybe we’ll add it to ours.