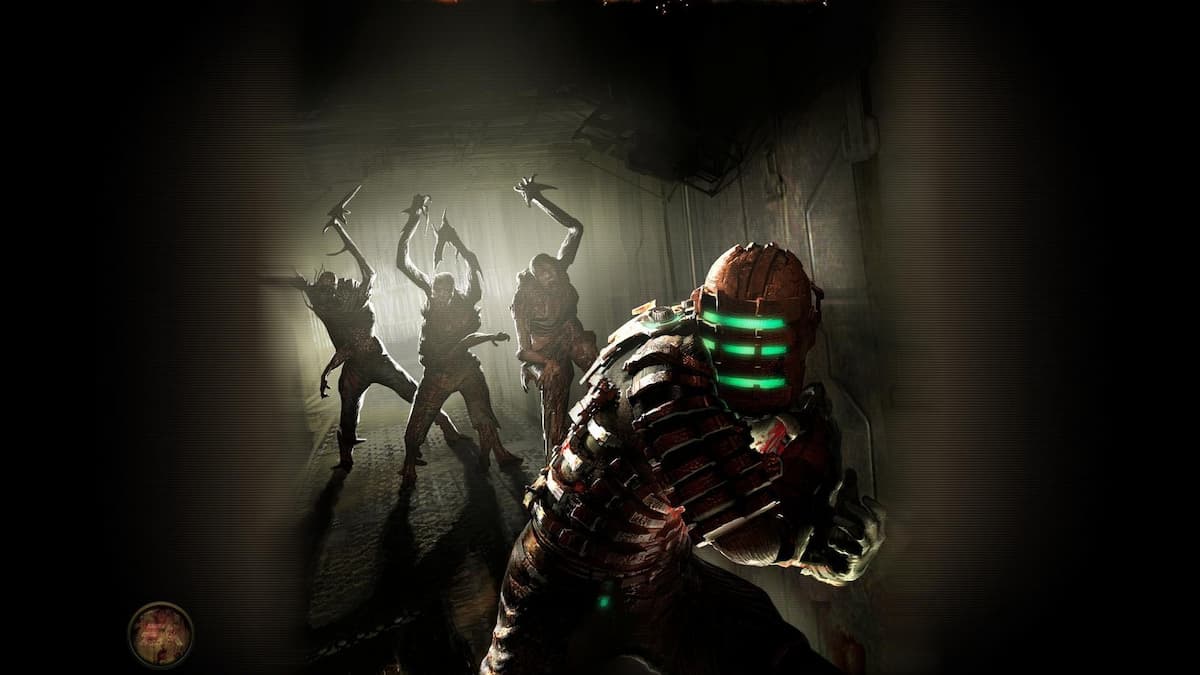 Sometimes the most mundane concepts in life are the most terrifying ones. The moments when you experience an existential crisis about an aspect surrounding your existence can be permanently scarring to your psyche and overall sense of self.

Well, the same can be true when it comes to your favorite video games. There are countless concepts that we as players take for granted which are horrifying when examined under a microscope. Below are some of those concepts that you may or may not realize

Imagine dying over and over again in various horrific ways. That’s essentially what your putting your favorite video game character through each and every time you reload your save in Resident Evil or respawn in Call of Duty. And unlike a movie, television show, or book, you hold full responsibility for the constant demise of your favorite character. Because you weren’t fast enough or smart enough in a split-second decision, you’ve caused great harm to an innocent character just trying to survive their harsh reality.

I guess it is for the best that most characters do not acknowledge their deaths once they respawn, but you are still causing them to experience this cruel purgatory that has no end in sight. And ultimately, what is the point of their suffering?

To give you fleeting moments of entertainment that you will take for granted once you’ve either completed the campaign, reached max level, or simply grown bored with their plight. Yes, we gamers can display a level of cruelty similar to that of Gods from Greek and Norse mythology.

What if you were walking down the street like any regular day when you fall through the world? Without warning or reason, the powers that decided you no longer exist on this plane of existence, so now you’re cursed to fall into an infinite void.

Or how about one day, your neck starts expanding and expanding out of the blue? Your neck expands to the point where you look like a freakish giraffe/human hybrid, but you do not die from this experience. No, you’re just now stuck in this hellish state until the powers that be say otherwise.

Most videogame characters shake off gunshot wounds, impalings, and various other attacks with supernatural powers. Meanwhile, regular people are out of common for a week if they have a sprung ankle or a minor laceration in an uncomfortable spot. I often think of how many of the Far Cry protagonists are superhuman because of how closely they snap their limbs back into place or remove bullets from their wounds using their teach and cleaning their wounds with liquor.

Even in fantasy settings, characters receive attacks from magical beasts without showing permanent damage. Think about the number of times our heroes are hit with planet-ending attacks such as meteors and walk it off like it’s nothing.

For more ridiculous examples, look at Mortal Kombat, the prime example of a gaming franchise that constantly abuses its fighters with devastating attacks that should be fatal.

Now, what if you were transported to worlds such as these and forced to contend with brutal attacks such as these? No disrespect to anyone out there, but I doubt many players would last long in these situations.

Do you realize how many JRPGs end with our heroes fighting their version of God? Not only do they fight God, but they usually win through the power of friendship, and we accept this concept and move on. First of all, if anyone was to meet a powerful God in our world that is responsible for our traditional depictions of God, I doubt our first instinct would be to try and fight this entity.

No, I think the minds of most people would melt at the mere existence of a being on this level but here, most spiked hair protagonists decide that they can take their version of God on with no problem. And unlike games like God of War, where various Gods and powerful beings causally exist, these JRPG characters are usually normal individuals in their society.

Sure they go on extravagant adventures during their games, but their readiness to fight divine creatures who dwarf their comprehension of reality is astonishing yet terrifying at the same time.

Following along with the JRPG genre, the concept of low-level farming enemies is a tad disturbing under further examination. In order for our heroes to get stronger, it’s often recommended that they slaughter countless rats, bandits, and other enemies who pose little to no challenge.

Okay, getting rid of the bandits in an area is one thing, but murdering innocent creatures to level is seriously messed up. And players may justify this behavior by saying that they need to get stronger to beat the final boss, but when you’ve committed genocide on various creature populations, who is really the bad guy here?

From the point of view of the ecosystem, our androgynous JRPG protagonists are war criminals who deserve to be locked up for their actions. So the next time you feel like “leveling” up, think about your impact on the local wildlife population.

Hey, try holding still for one minute straight. Now picture doing that for days, weeks, months, or even years. That’s what it’s like for video game characters stuck on the pause screen and awaiting the return of their player. Are these characters even aware of their situation? I would hope not for their benefit, but the concept of pausing an entire world seems wrong.

There’s also the awful chance that a player pauses the screen on a death animation, and the character is forever trapped in the worst moment of their virtual life. Who are we as gamers to decide to pause the lives of our favorite heroes and villains?

And do we pause the game for noble reasons? No, it’s usually to answer a delivery person, to walk our dog, or even use the restroom. Do you know how demoralizing it could be for a videogame protagonist to have an important moment in their life interrupted by your blatter?

Single-player games that do not rely on the internet are spared of this, but MMOs and many live service games are at the mercy of popularity. Oh, is your player count too low, or has your publisher released a sequel to you? Too bad (insert game) you’re going offline to only exist in the memories of players (and hackers who make their servers) from now on.

From the perspective of the NPCs, this is an apocalyptic scenario that will happen to most MMO and live service games one day. Even the NPCs of the original FF14 experienced this when the original world was taken offline. But the scenario is a touch sadder than that of pausing because MMOs are shared worlds where millions of players spend countless hours fostering relationships and going on bold adventures together.

Weirdly, it’s similar to those cheesy 80s movies where the rec center is on the verge of being destroyed, and the community has to band together to save their shared home. But unfortunately, the video game version of this scenario does not usually have a happy ending.

Player choice and agency over the outcome of the narrative have always been focal points within gaming. From Telltale’s The Walking Dead franchise or The Witcher 3, players can make minor and major choices that shape the world in a multitude of video game worlds.

Naturally, this is a unique concept exclusive to gaming as a medium. Game designers can make players question their decisions. But in reality, having that much responsibility is anxiety-inducing for most people. Players are responsible for the fate of millions of NPCs in many narrative-driven RPGs, and they shrug off their decisions like they’re nothing.

“Oh wow, I just saw the bad ending that doomed humanity and all of its future generations… Guess I’ll just reload my save, haha;” this is the reaction most players have to their choices because there is nothing at stake for them in the real world.

But if players were to truly roleplay as their characters and exist in the worlds where they make these decisions, I’m pretty sure most gamers would sweat bullets over even the most minor choices because of how high the stakes would be.

There are games such as Ark: Survival Evolved that attempt to fully immerse players by not removing their characters from the world even after logging out. For example, when you log out of Ark, your character goes to sleep and is open to being murdered by all sorts of creatures as well as players.

The only way to increase your odds of survival in games such as these is to log out within your base or a structure that offers protection. This is an interesting mechanic for sure, but it forces players to experience paranoia every time they login in and out of the servers for games such as these.

Hours upon hours of progress can evaporate within the blink of an eye, and players have no protection against this. Also, the concept of being murdered in your sleep is a primal fear humans have had since the dawn of time, so games like Ark do a great job of keying in on terror.

Alright, time to end this list on a depressing note. Think about your favorite game of all time. One that nearly brought you to tears after your first playthrough. The game may have challenged you in a physical, mental, or even emotional context, but after reaching the end credits, you felt satisfied. You had no idea what characters were going to live or die, and the final scenario or boss left your jaw on the floor.

After completing the game, you scour the internet in search of more information and different opinions on the game. Pretty soon, it’s all you can think about for days, and you start buying all the merchandise. Next thing you know, The Game Awards roll around, and your favorite game receives a game of the year nomination, and the developers have already teased a sequel. Of course, you’re ecstatic by this news, and you patiently wait for even more information.

Now, what if I was to tell you that you will never experience another high such as this first honeymoon phase with the franchise ever again? Sure, you can replay the game, but that level of shock and awe will never be the same.

And even if the sequel comes out and is just as good or even better, it will ultimately be familiar to you, so you’ll have new expectations that weren’t there upon your first playthrough of the series. It’s only natural for gamers to have diminishing returns with any game franchise they play. So, in a sense, your first interaction with most games will be bittersweet to a certain extent.

So what’s truly horrifying about a gamer’s first run-through of a game is that they will never feel as surprised or content as they are at that moment upon reaching the ending. Your joy is forever fleeting, and you will continue to chase a level of contentment with unrealistic expectations.