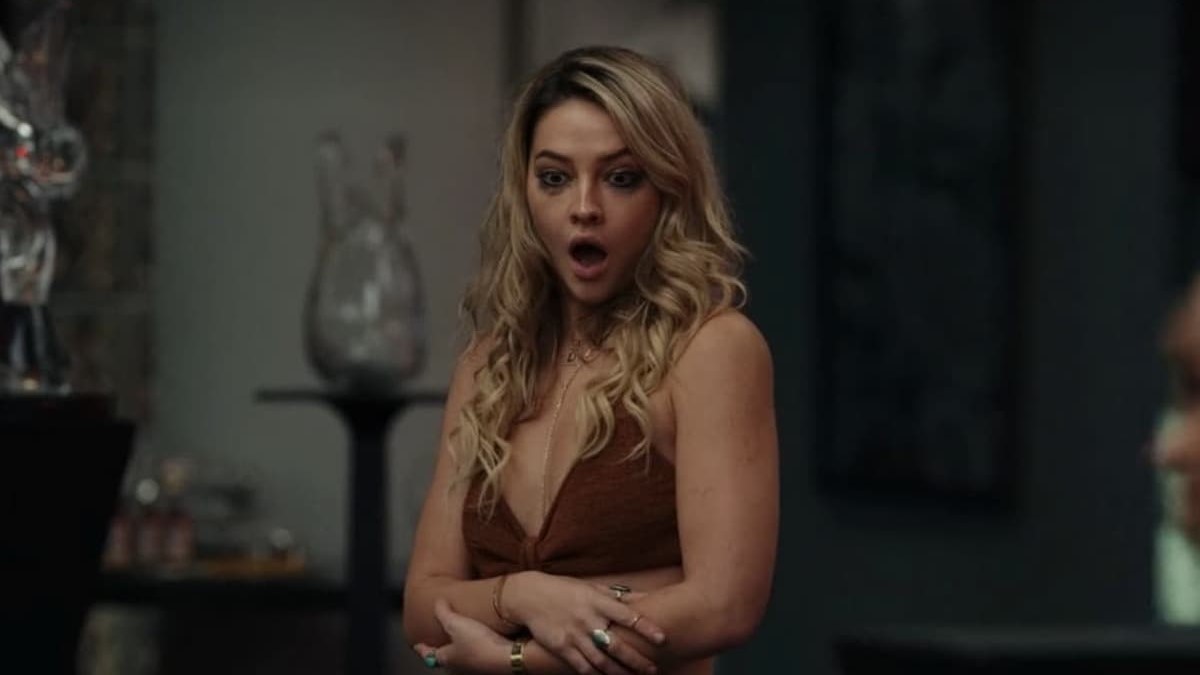 The storyline of Glass Onion features several storylines with various characters, allowing the audience to come to their own conclusions about the killer’s identity. However, as you progress further in the whodunnit film, you may develop more questions as more secrets are revealed. In this guide, we’ll focus on one relationship in the narrative by explaining whether or not Whiskey is cheating on Duke in Glass Onion: A Knives Out Mystery.

Did Whiskey Cheat on Duke in Glass Onion: A Knives Out Mystery?

Like Knives Out, the beginning of Glass Onion gives the audience a deeper look into all the characters’ lives, where we can see potential motives that can lead to murder. Although the film doesn’t openly announce the victim’s identity, it’s vaguely hinted that Miles Bron will meet his demise since everyone at the house has some type of vendetta against him. As a result, Benoit Blanc (Daniel Craig) snoops around the Glass Onion in hopes of catching the latest killer in this new murder mystery.

During this time, Blanc finds Duke Cody (Dave Bautista) spying on Whiskey (Madelyn Cline) and Miles Bron (Edward Norton) as they kiss on a bed. From the looks of it, the character seems unfaithful, but the truth is Whiskey is not cheating on Duke and instead uses Miles to promote Cody’s social media.

In the middle of the story, Blanc and Andi Brand (Janelle Monae) listen in on a phone call between Duke and Whiskey, in which he asks his girlfriend to seduce Miles in order to boost his fame. The two characters’ primary objective is to get their content on Alpha News, a popular subdivision of Bron’s company.

But, of course, the relationship is far from perfect because Whiskey consistently complains about Duke to Andi in several scenes. For instance, she talks about the previous trip with the group and states, “Duke just treats me like arm candy, and they just ignore me.” She continues about how she is also using her boyfriend to build her brand and worries that his over-the-top manly persona will tarnish her reputation.

Despite this turmoil, everything changes when the killer finally commits murder, altering the characters’ lives forever.

So there you have it, Whiskey is not cheating on Duke in Glass Onion: A Knives Out Mystery. While you are here, you can check out the relevant links below for more content, including our guide on the killer’s identity.