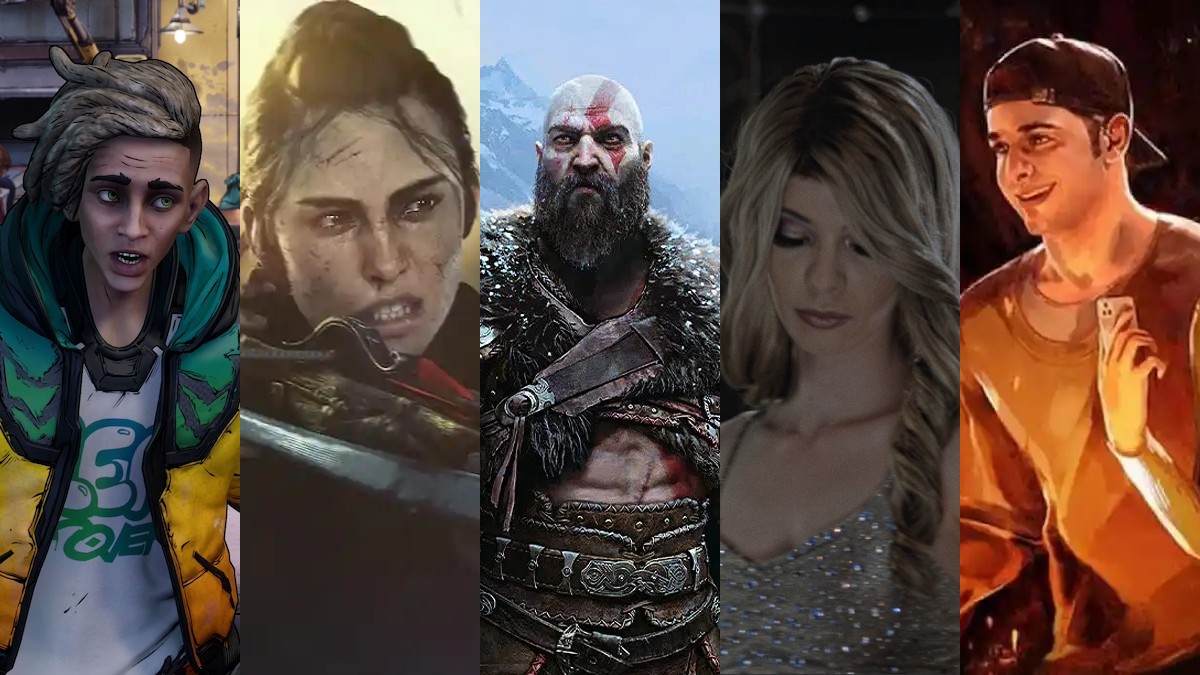 As we ring in the end of the year, it’s once again time to take a look back at 2022 as whole and pick out the very best games that were released in each genre. As we see every year, there were a lot of stand out narratives in gaming, as we got to experience some pretty amazing stories revolving around new and old characters alike. So, let’s dive into the best video game narratives of 2022, as voted on by our staff and editors.

Features Editor Andrew McMahon: After almost a decade-long wait since the original, New Tales From the Borderlands came in with quite the chip on its shoulder, especially since it decided to go with a brand-new cast of characters. Thankfully, the gamble not only paid off but served to further cement the series as one of the best narrative experiences in gaming.

Just like its predecessor, New Tales from the Borderlands is rife with crazy stories, dialogue, and characters. Whether it’s a Superfan that pops up in random locations or a talking robotic gun that wants to kill you, just about everyone you meet will make you laugh in one way or another.

There’s one scene in particular that was so funny that I actually had to stop playing for a bit to recompose myself. The mere idea of two characters purposely shooting each other for fun to see what it feels like and then healing one another while laughing is too bizarre not to find hilarious.

And while the story might be a bit too low stakes for some, I personally loved that we got to see a small-scale story about Anu, Octavio, and Fran enjoying their time together and bonding with one another. This is one of those games that you can play over and over again, engaging in different conversations each time, bringing their own hilarious results.

Reviews Editor Zhiqing Wan: Supermassive Games made a big splash with 2015’s Until Dawn but followed that up with a series of little missteps and uninspired follow-ups like Hidden Agenda, The Inpatient, and the somewhat underwhelming Dark Pictures Anthology. With The Quarry, however, it’s clear that the studio is starting to find its footing once more.

I’m not gonna say that The Quarry is the worthy sequel to Until Dawn that we’ve all been waiting for all these years, and that is because it’s not. The new cast of dumb teens never quite reach the highs of Rami Malek’s Josh or Nichole Sakura’s Emily (we all hate her, but we secretly love her), but what The Quarry does do right is nailing the terror and the ambiance.

All throughout the night, there’s an unparalleled sense of dread and unease that you just can’t shake off. It serves as a nice juxtaposition to all the silly banter between the camp counselors, making it the perfect Halloween game to binge with friends and family if you’re just looking for some silly fun. Just like Supermassive’s previous works, The Quarry is a game where your choices absolutely do matter, and every little thing you say or do could spell the difference between a character’s life and death.

As a result, The Quarry ends up being one of the more enjoyable narrative experiences of 2022, despite its small missteps here and there. It’s not one for the ages, but you’ll have a good time with it either way.

Staff Writer Jake Su: Experiencing Immortality for the first time is a surreal experience. Here’s a game with a pointed critique of the very nature of the film industry, with its fascination with auteurs and talented actors, but without the necessary compassion for all, delivered in an experience akin to being part of an editing team.

It isn’t a typical action-packed romp, but the slow-burn narrative of Immortality starts to sink its claws into players as you venture deeper into the fictional life of Marissa Marcel. Through the three movies that were never released of the fictional actress – Ambrosio, Minsky, and Two of Everything – the layers are slowly peeled back as random clips and images become more of a coherent tale, a dark tale of what truly happened to Marissa Marcel.

In a way, how the true story of Immortality is crafted and revealed hardly makes sense for this medium of entertainment full of instant gratification and droning exposition. Still, it is a testament to the intriguing guile of Sam Barlow and Half Mermaid that Immortality becomes hard to put down with its repository of clips and pieces that needed to be fitted together.

Without diving too deep into spoilers, Immortality goes places that far exceed my expectations about the history of an actress that never seems to catch a break and flips everything on its head with a parallel story that touches on the supernatural and unknown. Stick with it, and it will become abundantly clear why Immortality has struck a chord with so many with its debut.

Weekend Editor Keenan McCall: A Plague Tale: Requiem does everything a sequel should do narratively-speaking, and that’s not hyperbole.

Taking the themes and elements of the first game’s story and flipping them on their head, the game delves into all the darkest elements of the series’ trademark storytelling devices. The characters’ motivations, and the reasons they do what they do, are all examined thoroughly through a tale of love, loss and accepting the reality of the world around them.

The story still feels distinct and like a logical continuation of A Plague Tale: Innocence as well. Even with their growth and the impact of their new experiences, Amicia, Hugo, and the rest of the cast act and respond in ways that make them feel like the same characters from the first title. This makes the story playing out feel all the more natural and builds upon the emotional impact delivered by every twist and turn.

And yet, when all is said and done, A Plague Tale: Requiem’s biggest success is the fact that it stands on its own even when judged by its own merits. Whether one has played the first game or not, they’ll still be able to enjoy every facet of the story to the fullest; and walk away just as emotionally wrecked by the ending.

Features Editor Andrew McMahon: It’s not an exaggeration to say that God of War Ragnarok might be one of my favorite stories of all time. That’s a pretty crazy statement for me to come out with, considering I wasn’t a huge fan of the 2018 reboot of the series. Sure, I enjoyed it for what it was, but the narrative, in particular, just didn’t grab me.

As it turns out, the reason it didn’t is that God of War (2018) is the perfect set-up for the next title. Everything established in the first game, be it the main characters, plot, or even the supporting cast, is delivered upon in the sequel, all while creating interesting new stories and characters.

Where the relationship between Kratos and Atreus is tumultuous and combative in the first game, the two have grown much closer to each other as a result of the adventures come the sequel. This is made clear not only by the fact that Atreus is no longer simply “Boy” but through the natural dialogue the two have with one another. There are even moments where they are playful and jovial…hell, Kratos even smiles a few times.

More than anything, God of War Ragnarok displays an impressive amount of emotion and relatability, with both father and son’s actions showing they only want to try and do right by the other. It’s quite the journey to see Atreus grappling with the decisions between right and wrong while also seeing Kratos learn that he needs to trust and communicate with his son.

The anguish, fear, and sadness you hear in Christopher Judge’s rendition of Kratos throughout this story alone is pretty breathtaking. The performance makes the character even more nuanced and layered compared to how he was when he debuted in 2005.

This all culminates in a gripping conflict between the duo and their Norse counterparts, which ends in a very bittersweet way, showcasing that there are always consequences to your actions, even if you’re trying to do good. Couple all of this together with a slew of amazing side quests and end-game content to explore that further flesh out the game’s world, and it isn’t hard to see why God of War Ragnarok boasts the best narrative of 2022.

Be sure to keep checking back over the coming days for more of Twinfinite’s end of year awards celebrating the best games that the past 12 months had to offer.