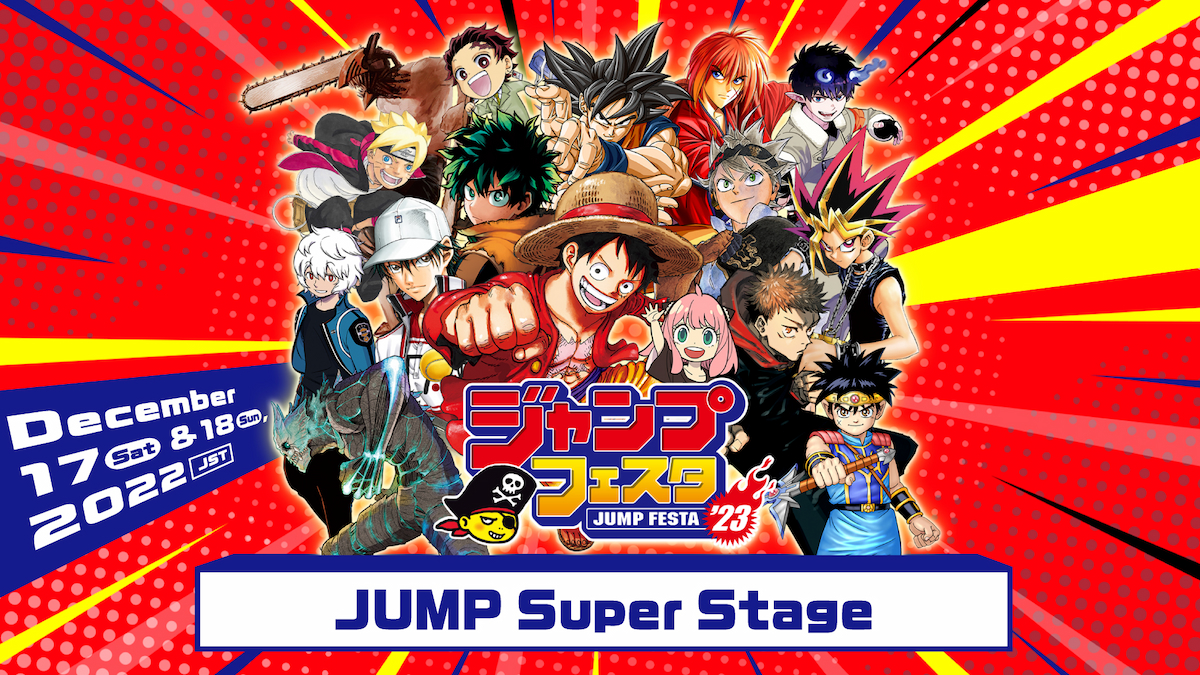 The Jump Festa annual anime expo took place from Dec. 17 through Dec.18, and brought tons of new announcements with it. As is typically the case, the event provided a host of talks with Shonen Jump’s authors, reveals for anime related to their series, and a slew of other updates related to the publication’s properties.

Of what was covered, we’ve compiled a quick breakdown of the biggest announcements that every Shonen Jump fan would want to know about.

Jujutsu Kaisen mangaka Gege Akutami has hinted that the series might be coming to a close in the near future. Akutami gave a direct quote saying, “If you accompany me for up to one more year (probably), I will be very happy.” The 18th volume of the manga’s English translation will be out on Dec. 20.

A character popularity contest was kicked off to figure out who will be the protagonist of the next Naruto/Boruto spin-off manga. If you’re an English reader, you can vote via the Narutop 99 English language home page.

Spy x Family Cour 2 is still a week out from its final episode, but a big announcement was made regarding the series’ future: 2023 will see the release of Spy x Family season 2 as well as an original film. The movie will cover a new plot and material separate from the manga, while the second season will dig into the arcs that follow the end of Cour 2.

Boruto: Naruto Next Generations Anime Is Entering a New Arc

The Boruto: Naruto Next Generations anime will be starting a brand new arc this upcoming February. This will be the Code Arc that has been going on in the manga since chapter 56. For reference, the manga is currently on chapter 71 in the Japanese release, and releases monthly in the west via the Shonen Jump website and app.

A new trailer dropped for the Hell’s Paradise: Jigokuraku anime made by MAPPA, the animation studio behind Chainsaw Man and Attack on Titan. The story follows a former ninja from one of the biggest clans as he is tasked with journeying to a mysterious island to obtain the Elixir of Life in order to avoid execution. This series is slated for an April 2023 premiere.

A new trailer for Mashle: Magic and Muscle was revealed. The series follows Mash Burnedead, a guy with zero magical ability born into a world of magic. Instead of giving up, Mash instead intends to prove that muscles are just as good as magic. The series will be animated by A-1 Pictures of Sword Art Online fame, and is set to premiere this upcoming April.

A trailer for the upcoming third season of Dr. Stone also premiered at Jump Festa 2023. This new season will follow Senku and the Kingdom of Science as they travel to the mysterious island that is the source of the petrification that turned the entire world to stone 3,700 years ago, and is set to air in April.

After two previous anime series and a film, Blue Exorcist will be returning for the third time. A simple little teaser trailer was shared, but it is currently unknown what the new season or series will cover or where it will come out. Every season of Blue Exorcist has taken place after a large gap of time though: The second season, Blue Exorcist: Kyoto Saga, premiered six years after the first. Considering 2023 will be six years after that, this is extremely fitting.