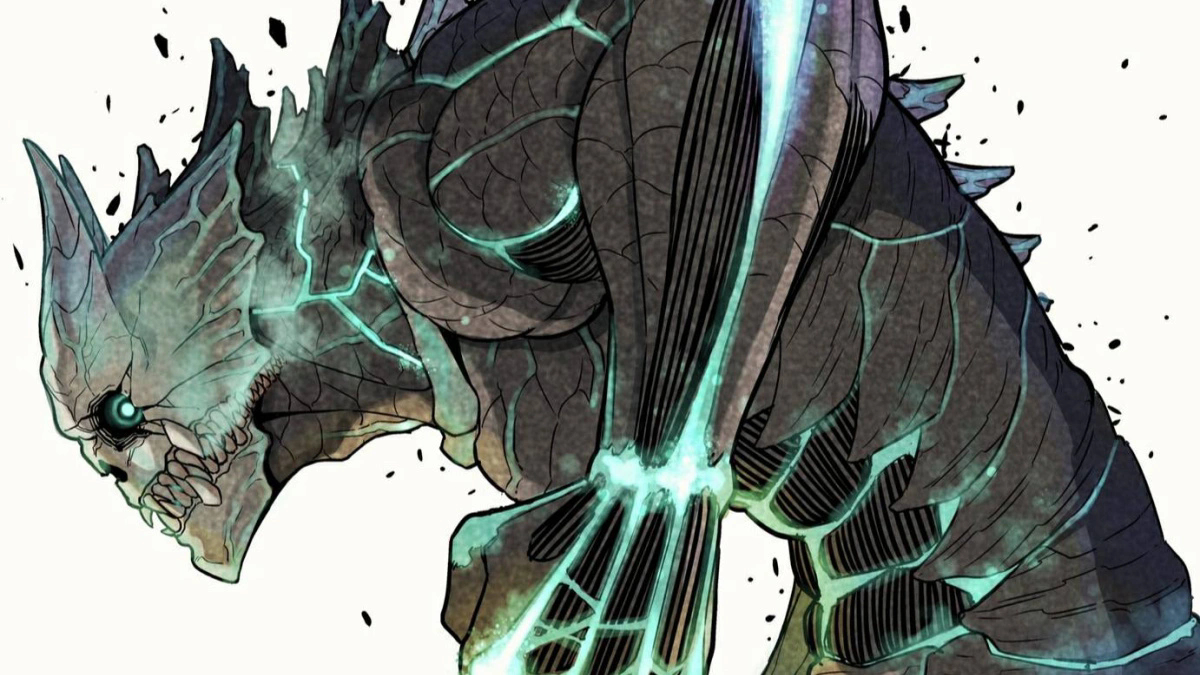 Chainsaw Man has been a force in both the manga and the anime adaptation. With the first season of the anime all finished up and the lack of an immediate season two announcement, it’s time to look ahead. We have combed through the ongoing manga series for what might capture an audience with an anime adaptation in a similar way as Chainsaw Man. The series we have gathered are a mix between series with an announced anime adaptation as well as series we wish would get one.

Written and illustrated by Naoya Matsumoto.

Fans of Chainsaw Man will definitely enjoy the light tone of Kaiju No. 8. It even shares a similar story of a regular guy whose dreams have been crushed repeatedly, and then receiving great power to turn into an incredibly strong version of a type of hunted monster. Plus, a lot of the driving force behind the main character is to fulfill a promise made to his childhood friend.

This manga follows the story of Kafka Hibino, a guy who hasn’t managed to make it into the Japanese Defense Force despite numerous attempts. Instead of getting to fight the Kaiju that plague Japan, he instead works on the clean-up crew that sorts through the Kaiju bodies left behind.

An unexpected turn of events alters Kafka and gives him the ability to turn into one of the very Kaiju that are hunted. Not just any Kaiju either, one strong enough to be given a number, eight.

Written by Makoto Fukami and illustrated by Seigo Tokiya.

I know, that’s a doozy of a title, but stick with me. Succubus & Hitman isn’t some kind of weird kink manga. Instead, it’s an incredibly dark revenge story. After dying during a brutal assault on his family, an unnamed makes a deal with the succubus, Armalina, to inhabit a new body in return for letting her feast on the souls of those he kills.

He awakes in the body of Shouya Gamou, who had fallen into a mysterious coma. The only problem is that he only got Shouya’s body, none of his memories. Now he must live the life of this whole other guy while also hunting down the men responsible for murdering his whole family. Through this process, he is known as a Proxy Hitman.

Chainsaw Man is super bloody, no doubt. However, it is still just Shonen Jump bloody. If you’re wanting some gritty action that pulls no punches, Succubus & Hitman is a great read with tons of potential. Plus, it shares the idea of a dying guy making a deal with a demon/devil for renewed life, which sits at the heart of the Chainsaw Man story.

Written and illustrated by Yukinobu Tatsu.

Fans that were grabbed by the weirdly perverse (but goofy) humor of Chainsaw Man will find that Dandadan has that in spades. The story follows Okaru, a boy who believes in UFOs, and Ayase, who believes in ghosts and spirits. The two strike up a conversation about their opposite beliefs and challenge the other to visit a place known to be related to both phenomena.

However, Okaru ends up cursed by the Turbo Granny spirit, and they must figure out a way to return him back to normal. There are certainly some parallels with the Chainsaw Devil here with how powerful the curse makes Okaru, but the complete danger it represents.

Written and illustrated by Yuji Kaku.

Out of all of the entries, this one has the hands-down best chance of achieving the core concept. This is due to one simple fact: Hell’s Paradise: Jigokuraku has an upcoming anime adaptation done by MAPPA. That’s right, the studio that directly made Chainsaw Man into the massive hit will be adapting this manga.

Hell’s Paradise: Jigokuraku tells the story of Gabimaru, a former ninja of the legendary Iwagakure clan. In lieu of being executed outright, Gabimaru is instead sent (along with other criminals marked for death) to a land rumored to hold the Elixer of Life.

In a similar way to Chainsaw Man/Denji making regular mincemeat of his enemies, Gabimaru is an absolute monster of a ninja, killing without batting an eye. With all of the action and violence offered in Hell’s Paradise: Jigokuraku, it’s in a prime spot to lure in the same audience.

My Instant Death Ability Is So Overpowered, No One in This Other World Stands a Chance Against Me! —AΩ—

Written by Tsuyoshi Fujitaka and illustrated by Hanamaru Nanto.

As you can likely tell based on the title, My Instant Death Ability Is So Overpowered, No One in This Other World Stands a Chance Against Me! —AΩ— is the adaptation of a light novel. This isekai story follows Yogiri Takatou, who is woken up after the bus of his remaining classmates has already been decimated by a dragon. The rest had already left when it turns out they were given powers by this world. The remainders, including Yogiri, were considered powerless and left behind.

As it turns out, Yogiri still possesses an extremely special gift, but it’s entirely unrelated to this new world. He has the power to kill anyone or anything whenever he wishes.

Yogiri has the same aloof personality as Denji, and when asked why he’s doing so much to save his last living powerless classmate, he responds, “maybe because your boobs are soft?” There are certainly fans who were drawn to Chainsaw Man due to the hilarious contrast of a goofy dude with incredible powers that could also enjoy this for the same reason.

And that does it for our picks of the mangas that could very well become the next Chainsaw Man. Be sure to search for Twinfinite for more news and information on Chainsaw Man, including a rundown of all opening and ending songs, all Devils, and how many episodes there will be.