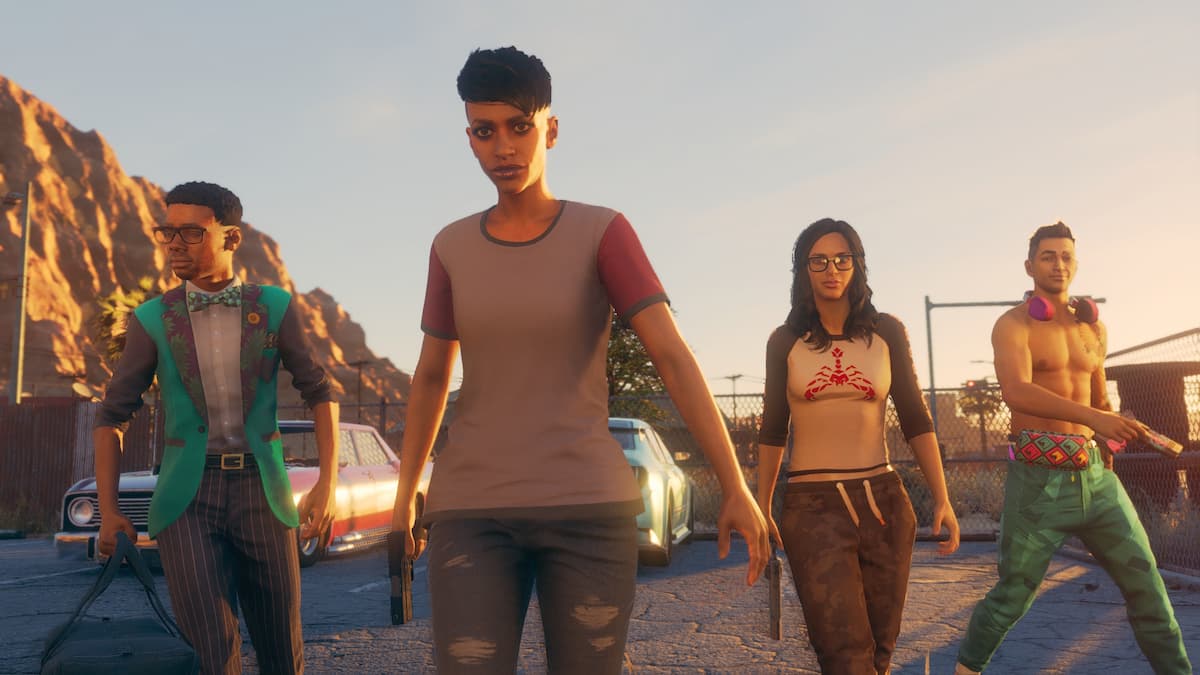 It’s crazy to think that 2022 is merely weeks away from concluding. It’s that time of the year when we look back at what we’ve gained, and what we’ve lost, and it’s safe to say this year was full of gains and chock full of losses. This year started with an absolute bang with Elden Ring, Horizon Forbidden West, and Destiny 2: The Witch Queen burning holes in your wallet, making your bank statement cry, and battling for the game of the year. Not to mention Kratos is back with his greatest entry to date, we played as a cat in a sad city, and there were plenty of rats on my screen to make me want to cry.

However, we also have suffered through many titles that have not come close to the potential they shined upon their reveal. This list will focus on said titles, ten to be exact, and keep in mind that this list is subjective. If you found enjoyment in these titles, continue to do so. However, this grouping of titles did not live up to the expectations that were set, whether it be brand-new ideas or a fresh take on established ideas. Here are ten of the biggest video game disappointments of 2022.

After the announcement that Saints Row would be making a grand return, excitement levels were pretty high. While Grand Theft Auto was the more popular open-world sandbox experience, Saints Row gave gamers a nutty take on the open-world sandbox genre, one that created many memories and many outlandish tales before the series was iced. The idea of the Saints running on modern tech was an exciting prospect, meaning more zany stories to tell and more out-of-this-world action.

What we got was anything but exciting. Whether it be the undercooked story or bugs aplenty rendering the game borderline unplayable, this return of the Saints was criminal in every single way. To be fair, the previous Saints Row games weren’t exactly top-of-the-line spectacles. However, this entry borderline copied what made the old games great and made it worse by removing the story and bringing every single negative aspect over. Safe to say, the series’ return was not good, and this game could mean we won’t see a proper return of the Saints for quite some time.

Believe it or not, this joint project between Square Enix and PlatinumGames was released in March 2023. Would you believe months after it launched, it was announced Bablyon’s Fall would be closing down on Feb. 2023?

With PlatinumGames at the helm of this title, it almost seemed destined to do something great. However, Babylon’s Fall suffered immensely due to being a live-service title, frustrating progression, and microtransactions that come with the live-service model. To say this was a mega disappointment is an understatement, and this serves as an insight into the dark side of the gaming industry that needs to change immediately.

Extraction isn’t inherently a bad game, as it heavily relies on the mechanics you’d experience in Siege, which are very good. Expect to play many of the same characters from the FPS title, and expect to use many of the same mechanics, such as barricading walls and operator abilities. However, that’s what’s wrong with this game.

It doesn’t expand on anything at all, as the core gameplay is the same, with hardly anything new. On a side note, the story is held back by not diving into the psyches of the unique roster. It doesn’t introduce any new formula to give Siege life; it just takes the established core and painfully slows it down, which is the opposite of what Ubisoft seemingly intended when making this title.

The worst part of this game is this was a limited-time mode in Siege years ago. You will be charged for this game unless you have Xbox Game Pass or are subscribed to Ubisoft’s services. The team fully charged for a mode that was free years ago and did absolutely nothing to make it unique.

Spoiler alert, you already know why Diablo Immortal is on this list. If by any chance you don’t, read on to discover what might’ve been the biggest letdown of 2022.

Diablo Immortal is the first entry in the long-standing series since Diablo III, not counting Diablo II’s remaster or the DLC packs from days yonder. Coming to mobile and creating one of the best memes of all time, there was plenty of concern over this title, especially after how long it was taking to make since the trend seems to be the longer it takes, the more likely it is to be a mess. Launch day arrived, and what ensued was heinous and criminal.

While many enjoyed the game’s overall feel, the red flag and the topic of discussion was the in-game shop, and absurd pricing model of microtransactions as the richest players dominated the PvP scene. For a series that already experienced something like this in Diablo 3, Immortal doubled down on that error tenfold. For a company walking on eggshells, Blizzard held no bars in becoming the Diablo itself.

To say Overwatch 2 had a rough launch would be an understatement. However, the sequel’s appearance on this list is not because of its rough launch. It’s because Blizzard did not learn its lesson from Diablo Immortal, as this switch to free-to-play was marred by questionable pricing.

The best way to look at this game is to look at Riot Game’s free-to-play tac shooter, Valorant. Valorant is free, but the store is borderline criminal as it focuses on absurd pricing and capitalizing on FOMO (fear of missing out). Overwatch 2 does that same thing, yet since it’s Blizzard, it further raises the question of will the company ever learn from monetization stumbles. Brutal battle pass, shop pricing that will make new players consider not paying off their student loans, and much more headlined the launch of this experiment.

It’s also worth mentioning that, from a gameplay standpoint, character balancing took a long time, as Bastion was MIA for extended periods, while Torbjörn and Mei also saw extended leave. Despite how easy Fortnite made it look, going free-to-play is very hard as teams need to rethink how they approach content drops and balancing. However, the launch of OW2 was a sign of concern as the in-game pricing won’t change, and the eventual single-player addition may be the last-second “baby come back” moment when players realize what’s going on.

Let’s be brutally honest; how was this idea green-lit? Dragon Ball: The Breakers is an asymmetrical take on Dragon Ball, tasking players to escape a godlike entity who relentlessly hunts you down, much like Dead by Daylight.

While it’s cool to see unique takes on established properties, the execution is where this game falters tremendously. Poor controls, matchmaking woes, and a borderline pay-to-win scheme highlight everything wrong with this title. Dragon Ball: The Breakers is that filler episode that isn’t good and a noticeable blemish on the long-standing series.

Tower of Fantasy? More like Time Gate of Fantasy, right? In a year where free-to-play games found a variety of ways to drop the ball, Tower of Fantasy took a unique step in its approach through time-gating standard gameplay loops.

In-game chests had time gates attached to them, gliders were time gated leading to tiresome world exploration, and much more felt the wrath of time itself. It doesn’t help that game was designed eerily similar to Genshin Impact, and a gacha system is present that seemingly encourages PvP domination by spending money. Experimentation is a vital part of creating new and fresh ideas in the industry, but this experiment missed the mark by a few notches.

Out of all the entries on the list, this one hurts the most.

The Callisto Protocol serves as a spiritual successor to Dead Space, as Glen Schofield mans the helm of this project. Players take on the role of Jacob Lee, Black Iron Prison’s newest inmate, who seemingly is connected to a zombie outbreak in the prison that happens a little after he checks in.

The premise alone seems neat, but the gameplay is where this game completely unravels. The combat features a wonky dance of dodging that completely breaks down once you’re up against multiple foes. The game itself isn’t scary, which is a shame, given the game it serves as a spiritual successor too. While this game looks stunning, it suffers immensely from performance issues, especially on PC, rendering it nearly unplayable.

This game oozed potential, and to see it fall flat hurts a lot.

Ghostwire: Tokyo’s appearance on this list isn’t because it’s a bad game. This game is the closest rendition of the anime Bleach if it were a video game without using the Bleach property, as it progresses in a nearly identical manner. However, the game itself is inherently flawed in many ways that sucked out the soul of potential this could’ve had.

Primarily, the gameplay loop is brutal after the first few chapters. Ghostwire: Tokyo is open-world, and it bears all of the open-world bearings prevalent in games today, with plenty of filler collectibles, map markers, and tower objectives to conquer. This shouldn’t be a problem, but the game forces you to partake in these events to progress the story, which is a line that should never be crossed.

The other issue is the fact that this came from Tango Gameworks, the masterminds of The Evil Within. The Evil Within series did a great job at creating mastering the survival-horror feeling of being utterly powerless. Ghostwire: Tokyo flips that script, as the protagonist is insanely powerful, but it left a wanting of the sinister and powerless feeling The Evil Within mastered.

It’s a hard line to walk, balancing an insanely powerful character and survival-horror, but there were brief snippets on display when the protagonists separate, recreating that fear as you scurry along the streets of Tokyo powerless. Those were some of the best moments, and that’s what the game should’ve focused more on.

Given the game’s unique setting and the minds behind it, a focus on those scenarios or recreating that tension would’ve taken this game over the top. A sequel would do wonders, but for now, this is a good game, not great.

Much like Ghostwire: Tokyo, Gotham Knights will be remembered as a game that was good but not great, and to me, that’s still a major letdown. In all fairness, it’s hard to follow up the swan song of the Arkham series, and while this game has some nice ideas, its execution is anything less than nice.

It’s hard to describe this game without comparing it to the Arkham series, so in all fairness, the only comparison in this section will be that Gotham Knights’ rendition of Gotham is leagues behind Rocksteady’s version. The game itself is fun, but the enemies you face are meat sacks that can take an absurd amount of damage. Not to mention, combat is way slower than what has been recreated in many superhero titles, so it makes fighting feel like a chore.

The game suffers from performance issues, there’s only an option for a two-player co-op in the story mode, yet there are four characters and more headlines what feels like a game that was meant to be live service. Gotham Knights will be fun for many, as it has a good story that focuses on life without Batman and the Court of Owls, but it doesn’t excel in many other areas, leaving it stuck in the shadow of the Bat.

Any games miss our list of the biggest disappointments? Be sure to let us know in the comments below. 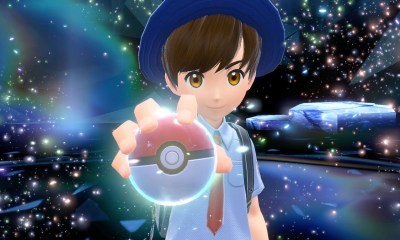