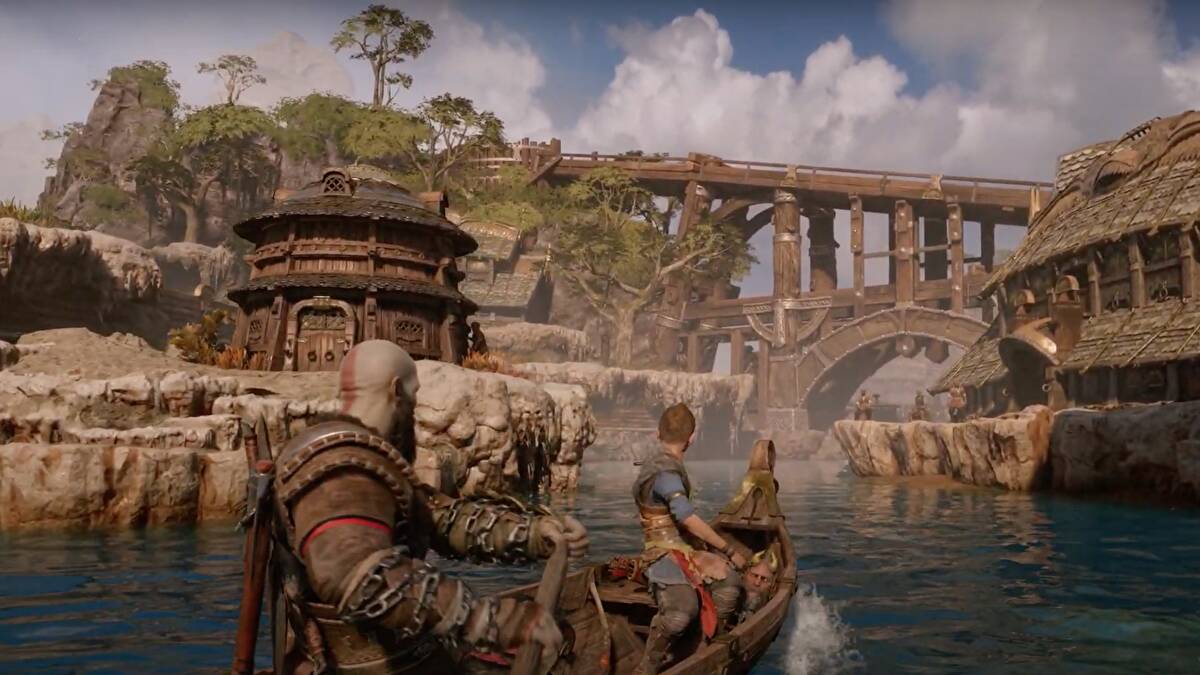 In God of War Ragnarok, you’ll come across a lot of really impressive sights, including a handful of statues that have been made and dedicated to important characters. When you visit the Dwarven realm, you’ll notice that they’ve made one that has been erected near their lake. Here is everything you need to know about who is the big dwarf statue based on in Svartalfheim in God of War Ragnarok.

If you paddle around the water long enough in the boat, Mimir will tell Kratos and Atreus that the dwarven statue is of a man named Alviss Stonefoot. In his story, he describes him as a mighty character, one who used to use his might to imprison some of the most dangerous creatures in the realm.

While Mimir doesn’t go into too much more detail, the character does seem to be based on another character in Norse mythology. Apparently, one of Thor’s daughters was promised to Alviss, but the God of Thunder wasn’t happy with the match.

Thor told Alviss that the dwarf had to prove his wisdom due to his small stature. Alviss agreed, but Thor made the tests last till dawn, which turned the dwarf to stone after he was petrified from being exposed to sunlight.

In God of War Ragnarok, the dwarven characters don’t seem to have any issues going out in sunlight, but one can surmise that Alviss might have met a similar fate in terms of being tricked by Thor, which likely led to his death.

That is everything you need to know about who is the big dwarf statue based on in Svartalfheim in God of War Ragnarok. If you’re still looking for more on the game, be sure to check out all of our news, features, and guides by searching Twinfinite.