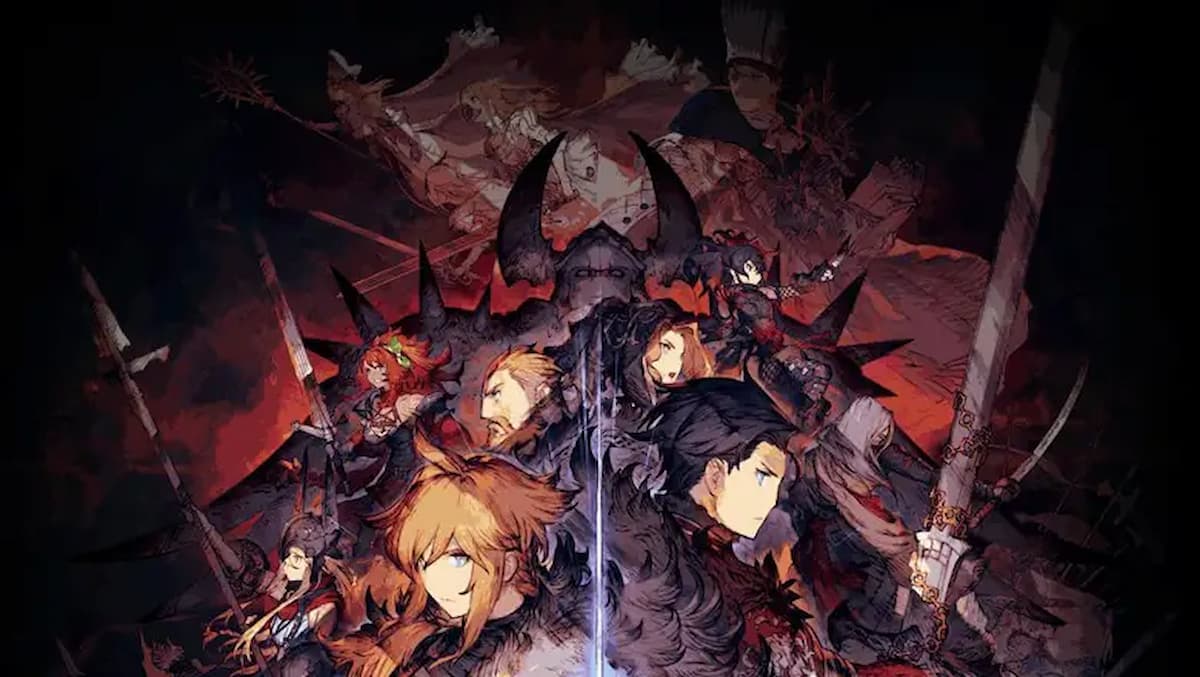 War of the Visions: Final Fantasy Brave Exvius has just celebrated its 2.5 year anniversary, and it’s quickly approaching that big three-year mark. The game has seen plenty of content and QoL updates over the years, and from what we’ve heard from producer Hiroki Fujimoto, there’s plenty to look forward to.

We had the chance to send a few questions over to Fujimoto-san via email, and got to learn just a bit more about future updates for War of the Visions.

Note: This interview has been lightly edited and condensed for clarity.

Zhiqing: First off, congratulations on hitting the 2.5 year milestone for War of the Visions Global! The game has seen plenty of quality-of-life updates over the past two years, with even more features in the pipeline such as cloud farming. Could you tell us about any plans the team might have to make the game experience more convenient for players? Things like being able to get Skip Tickets more easily, and other ways to get Vision Card Shards for limited VCs whose events are over, for example.

Hiroki Fujimoto: Thank you for continuing to play War of the Visions. Because of everyone’s support, we were able to ring in our 2.5-year anniversary.

So that our players can have an even better experience with the game, we have plans to improve convenience features, centered around UI improvements. Specifically, we are looking into overhauling the Mindsphere, which is used for enhancing your units, as well as overhauling the UI for unit formation. Once we solidify the details, we’ll announce it in-game or through social media channels.

Zhiqing: The art is easily one of the strongest aspects of War of the Visions. I’ve always been impressed by how collab units from other series seem to fit so well with WoTV’s aesthetic, especially Lara Croft. Was it a challenge to incorporate such a modern and westernized character into War of the Visions, while making sure her art style helps her fit in with the rest of the characters?

Hiroki Fujimoto: Character designs in WOTV FFBE are handled by CyDesignation. In the game, the 3D characters are the ones moving around, but we create 2D character illustrations as a way to provide more immersion into the world.

With CyDesignation’s high-quality artwork, the world aesthetics are always consistent, and so I believe that’s why any character can fit in very naturally into the world of WOTV FFBE.

Zhiqing: On that note, could you also give us some insight on how the team decides on collaborations with other games and series for War of the Visions? Is there any sort of criteria that a game or franchise must meet in order for them to get collab units?

Hiroki Fujimoto: Whenever we consider a collaboration, I always think about which titles players would enjoy. I would ask which IPs people like during livestreams and fan events, keep my ears open to community feedback, and sometimes conduct market research to ponder about what titles players would especially enjoy.

Zhiqing: I wanted to ask if there were any plans for even more challenging PvE content? War of the Visions has a great PvP multiplayer scene right now, but as players slowly conquer Selection Quests, can we look forward to more endgame PvE quests to keep players engaged?

Hiroki Fujimoto: I do have intentions to continue bolstering our PvE content. There are various possibilities we’re exploring, in terms of content – from collecting powerful armaments, to modifying existing PvP content into PvE, and so forth.

Once we have something more concrete to tell you, we’ll announce it via in-game notifications, official video, and official social channels, so please stay tuned.

Zhiqing: Finally, who is your favorite character in War of the Visions in terms of design and looks?

Hiroki Fujimoto: I hope you don’t mind that it’s a limited edition unit, but I think the Little Leela (Halloween) unit is very cute. She is quite popular amongst players, too.