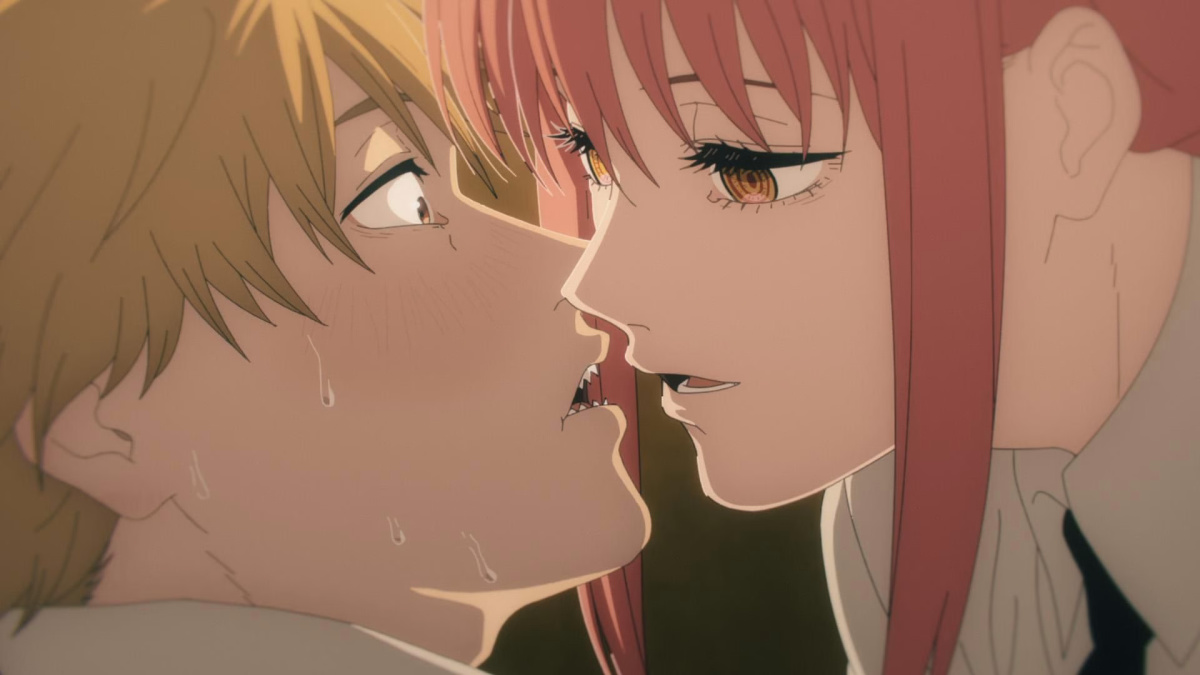 As we head toward the final stretch of the Fall 2022 anime season, the dust is finally starting to settle. Some shows have asserted their dominance and managed to hold their own among the glut of other series vying for people’s time. Others have lost steam and sputtered out, falling behind the pack and losing their chance at being remembered by the wider community. Then, there are the shows on this list, which have proved themselves to be the top seven best anime of December 2022 you should watch.

Chainsaw Man continues to be a juggernaut of Shonen animation, and that’s not meant to be hyperbole.

Over the course of its first eight episodes, the show has maintained a level of quality most shows could only hope to match. Even small moments, or minor interactions between characters, carry the kind of care and attention that would normally be reserved for fights and fights alone. This lends the series a caring and heartfelt feel, which only a rare few anime have ever boasted, let alone during this season.

And that’s just the show’s Sakuga. In terms of its direction, the show has maintained a cinematic feel that makes every episode feel like part of a larger film or high-budget television series. The sound design is exceptional as well, with visceral sound effects and top-tier performances, whether one is watching the Japanese dub or the English dub.

There’s little else that can be said other than that Chainsaw Man is still THE show to watch this season, and that one would be doing themselves a disservice by not witnessing this slice of anime history in the making.

Though it may not be the season-defining breakout hit that Chainsaw Man is, Mob Psycho 100 Season 3 is still a top contender among the best anime of December 2022 you should watch.

As with past seasons, the show has offered a mix of stories and narratives that range from heartfelt to utterly bonkers. One episode could see Mob making amends with his friend Dimple, only for Dimple to make a heroic last stand against their enemies that leaves you wondering if he’s alive or dead. Another could see Mob and his friends come together to make their Senpai’s dream come true, only to leave someone on an alien vessel which results in them having an alien adventure.

It sounds like utter nonsense, but in practice, it’s some of the most heartfelt storytelling one could find from this season’s offerings. Making this all the better is the show’s distinct style and its exceptional animation, which both complement each other to create one of the most distinctly stunning series the anime medium has had in a while.

About the only thing that holds it back is the fact that it’s the third season of the series, and one would be best served by seeing everything that came before it for maximum effect. Given how easy the show is to watch, though, it’s far from a big ask and more of a benefit, providing viewers with plenty of Mob-based goodness to dig into.

The return of the Bleach anime via the Bleach: Thousand-Year Blood War series remains a strong one, and this is largely thanks to the last month’s worth of episodes.

Cranking the series’ already stellar animation and storytelling up to 11, the show has been fully realizing the potential of its source material. The fights have been flashy, the sudden reveals or climactic moments have felt earned, and this has all been done while playing off of the existing characters and stories fans care about.

This is to say nothing of the places where the series has built upon the source material to better flesh out the story. Flashbacks to the actions of past captains and to moments that will carry huge ramifications for the wider Bleach universe have been used masterfully and with restraint. This has led to an adaptation that not only brings the source material’s strengths to the forefront but also enhances them for a new experience that is well worth the time of fans, new and old.

The best part, though, is that the series is still just getting started. There’s plenty more for Studio Pierrot to dig into with the rest of the TYBW story arc, and based on how they’ve handled the first portion of it; there’s little doubt the next month will feature plenty of episodes that only improve on what’s been seen so far.

Blue Lock remains the premiere sports anime of the Fall 2022 season, and that’s not just because it’s coinciding perfectly with Japan’s bid for the World Cup.

Over the course of the last month, the show has continued to flex its storytelling muscles with personal narratives and big twists related to its core team of characters. Slowly but surely, it has made even the most innocuous players feel real and understandable, with each reveal or betrayal feeling all the more impactful because viewers know all too well why said event occurred in the first place.

Bolstering this further is the series’ commitment to its core concept of players and teams knocking each other out of the running for the National Team by any means necessary. while still a far cry from the usual “Teamwork and Friendship Forever” mentality of most other Sports anime, it remains an engaging hook that pushes the show to new heights of drama and engagement.

Topping all of this off is some stellar animation that, while not constant, accents the series’ style perfectly for a viewing experience that most anyone can enjoy.

Though it is a far cry from the best Shonen anime of the season, My Hero Academia Season 6 is still easily one of the best anime of December 2022 you should watch.

Providing a payoff to the years of buildup toward a clash between the Heroes and Villains, this season has continued to ramp up toward some major reveals and fights between its core cast of characters. At the center of them, all are Midoriya and Shigaraki, the hosts of One for All and All for One, respectively, and the key fighters for both sides of a Quirk-fueled war. Neither side can lose, and as such, has been smashing up against the other in a desperate bid for control of the world.

As one would expect, this has led to more than a few fights, tragic moments, and climactic reveals that continue to up the stakes for both sides of the conflict. Likewise, they’ve been pushing the wider series forward in a big way, helping to build the story toward a crescendo that fans could only dream of.

About the only downside is that the animation hasn’t been great, and there’s only so much more time before the series will have missed its chance to make key moments from the manga unforgettable. All the same, though, there’s little doubt that what happens in the next month’s worth of episodes will be something fans, new and old, can’t miss.

While the action-packed series on this list are all well and good, there’s definitely still a place for a calmer and more relaxing anime experience going into December. Fortunately, Spy x Family fills that slot brilliantly.

As the series’ second half has gone on, there’s definitely been a firm shift away from action set pieces, clashes between spies, and drama-fueled conflicts. This has proven to be for the best, though, as each new storyline or event feels much more personal and relatable. Anya being mad at Bond for chewing up her stuffed animal, or Loid letting his mask down so that he can be more genuine with Yor and Anya, feels just as if not more engaging than any battle between espionage experts could.

Helping this further is the fact that the show continues to build upon its premise instead of getting complacent with what it has already achieved. There have been new characters and storylines introduced, like Loid’s ignorance of the feelings of his coworker Nightfall that have provided interesting new wrinkles to the usual slice-of-life storylines.

Add in the fact that the show is still a joy to look at, and there’s little doubt that this show will continue to be the feel-good anime experience of the Fall 2022 season.

Filling a similar role to Spy x Family but with a bit more energy is Do It Yourself!!, a “Cute Girls Doing Cute Things” show that’s infectiously optimistic.

Following the exploits of a club where members take on projects and build furniture or other items through their own hard work, the show is exactly what it claims to be via its title and genre. There’s never really a “Do or Die” dilemma that puts anyone at risk, and the whole show has been largely about its characters gaining more confidence in themselves and their own abilities.

And yet, One can’t help but be pulled into each and every new episode. There’s something both relaxing and inspiring about seeing someone build something that is definitively their own through hard work and determination, and the positive attitude that surrounds each new endeavor only bolsters this.

It’s the kind of show that will pull viewers in with ease and leave them eager to see what will come next in the upcoming episode. As such, it’s hard not to give this show credit where credit is due and name it one of the best anime of December 2022 you should watch.