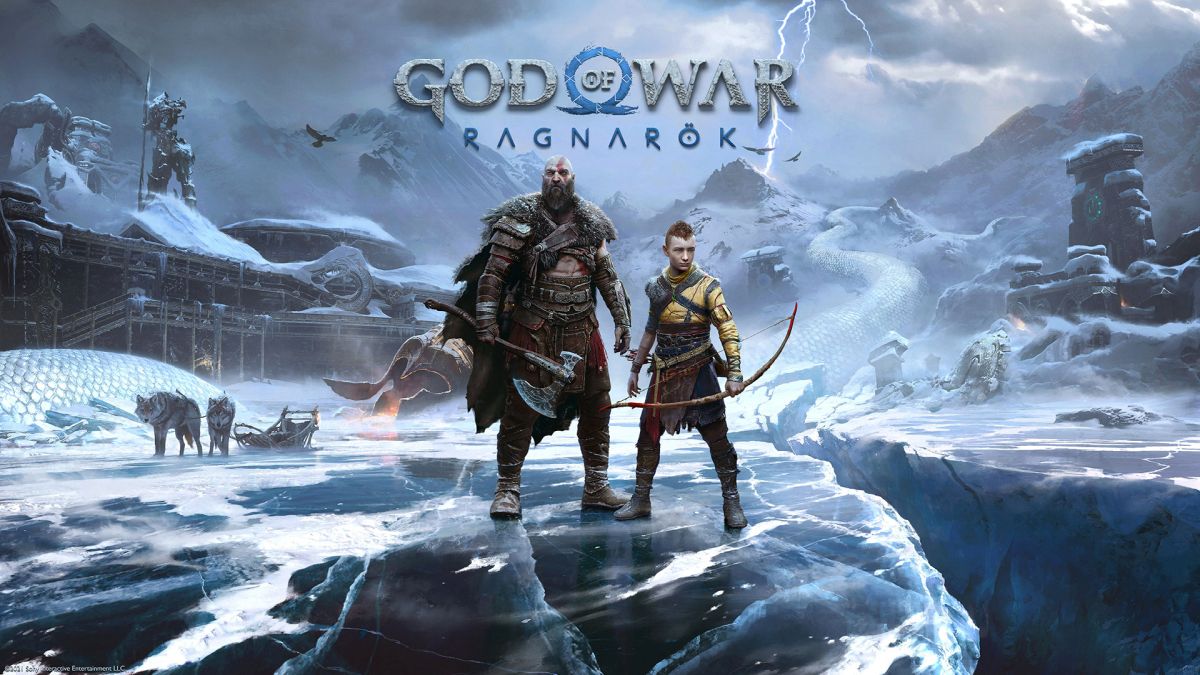 God of War Ragnarok is out now on PS4 and PS5, and the story is set just a few years after the events of God of War (2018). It’s been nearly half a decade since the game was released, so it’s time to dust off those cobwebs and get a refresher. If you’d rather avoid playing the game all over again, here’s 10 things you should know before starting God of War Ragnarok.

While it has been four years since God of War released on PS4 (and that’s plenty of time for you to have played it!), we thought it best to give you a spoiler warning before we proceed any further. We’re going to be summarizing the major plot points of the first game so you’re all up-to-speed and ready for the next chapter in Kratos and Atreus’ adventure. If you’re using Ragnarok’s release as an opportunity to finally catch up with the series, then you might want to turn back now.

The continuation of Kratos’ story picks up after the death of his wife, Faye, revealing that he eventually found some level of peace and even had another child named Atreus. It’s unclear as to how she died, but her death brings Kratos, who’s been a bit of an absent father, and Atreus closer.

Before Faye died, she had a request, her final wish: spread her ashes from the highest peak in all the realms. The journey strengthens the bonds between father and son while also simultaneously unearthing a few of Faye’s secrets, such as her handprints guiding the way.

After Baldur’s Death, Freya Is Out For Blood

Freya may be the goddess of love and fertility, but she doesn’t look so loving in the trailers for God of War Ragnarok. Of course, there’s a very good reason for it: Baldur, her son, is dead, and Kratos killed him with the help of Atreus.

Freya went to great lengths to protect Baldur from death, an end that she and Odin foresaw. Due to a flaw in Freya’s spell, Baldur’s immunity was broken, and he was finally capable of dying. Despite Kratos’ decision to protect Freya, she doesn’t see it that way and promises to “rain down every agony” on Kratos.

Thor is a perfect example of what godhood can do to you if your urges and actions aren’t tempered with a good mind. Though we haven’t interacted with Thor yet, we do learn some of his deeds, and they aren’t exactly heroic; in fact, according to Mimir, Thor is a “fat dobber” and a “sweaty ballbag.”

With the death of Magni and Modi, Thor has all the reasons he needs to start swinging at Kratos Atreus, not out of justice or love for his sons, but because it’s a slight against Thor. Many of the stories pertaining to Thor have him come off as incredibly violent for merely being inconvenient.

Atreus Is Not the Last Frost Giant

As Kratos and Atreus’ journey comes to an end, more of Faye’s secrets are uncovered, painted on the empty halls of Jotunheim. At the highest peak in all the realms, Kratos and Atreus witness the fate of the frost giants: killed by the Aesir gods.

One would quickly presume Atreus is the last of the Jotnar, the frost giants, but that’s not the case. They’re certainly near extinction, but Atreus, Angrboda, Jormungandr, Fenrir, Skoll, Hati, and even Thor are characters that are still part of the Jotunnn race.

The Tree of Life, Yggdrasil, is a link to many realms outside of Midgard; both Kratos and Atreus use it throughout their journey to explore realms such as: Alfheim, Helheim, Jotunheim, Muspelheim, Midgard, and Niflheim. Tyr’s Temple is used as a vehicle from one realm to another.

However, what many have noticed is that three realms were left unexplored: Vanaheim, Svartlheim, and Asgard, the last being the realm where the gods live. It’s unlikely these realms will be left a mystery any longer in God of War Ragnarok.

Though Kratos may seem comfortable living in Midgard and even made a home for himself, he grew up far away, in the land of Sparta. Kratos traveled for so long in a boat that he ended up in an entirely new realm.

Before Kratos settled down in Midgard, he led a deadly campaign against the Greek pantheon, him being Greek himself. Field by vengeance and revenge, Kratos raged against the Greek gods and slaughtered them all. It’s the kind of experience that Kratos can pull from to teach Atreus a different path.

The God of War series as a whole never shied away from time travel; Kratos canonically has used it to circumvent his own death at the hands of Zeus. To be fair, that was a completely different realm, but examples of time travel appear even in the realms of the Aesir gods.

One prime example is Jormungandr, who, according to Freya, just appeared one day. Spoiler alert: that’s Atreus’s son. Thor and Jormungandr duke it out in the future, a duel so cataclysmic that the Tree of Life is splintered, causing time to go haywire and send Jormungandr back in time.

Kratos and Atreus Brought About Fimbulwinter

All they wanted to do was spread the ashes of their beloved from the highest point in the realms. What Kratos and Atreus ended up doing in the process was starting Fimbulwinter, not intentionally of course; a few Aesir gods insisted on causing trouble.

Think of Fimbulwinter as the calm before the storm, though a winter that lasts several years isn’t exactly calm. With the death of Baldur, it ushers in Fimbulwinter, which, when it ends in a few years, Ragnarok will begin. It just so happens that several years have already passed at the start of God of War Ragnarok.

The Mural in Jotunheim

We need to be wary of prophecies; they don’t always pan out how we expect them to or how they’re presented. There’s a big one painted all over the halls of Jotunheim, one that portrays Atreus seemingly mourning the death of someone.

Is it Kratos? Maybe Tyr? It isn’t quite clear, considering the most distinct characteristics of Kratos aren’t shown. Sure, the mural depicts a man with a bald head, but Baldur is, too, and he clearly wasn’t bald.

Kratos is Not the Only God of War

It’s understood early on that Kratos goes from the god of war to a god of war; Tyr is the god of war in Norse mythology, but the game revealed an even bigger bombshell: it appears Tyr knew or knew of other godly entities linked to war.

When exploring Tyr’s Temple, you’ll come across a painting of Tyr, adorned with what initially looks like Nordic runes, but as it turns out, they’re the symbols for other gods of war, one of which represents Ares (or Kratos). It wouldn’t be outside the realm of possibility that these symbols hint at future game locations in a God of War sequel.

With that, we close the book on 10 things you should know before starting God of War Ragnarok. If you’re in the mood for more guides on God of War, we’ve gathered the 8 ways to prepare for God of War Ragnarok; otherwise, you can check any of the gaming content found below.