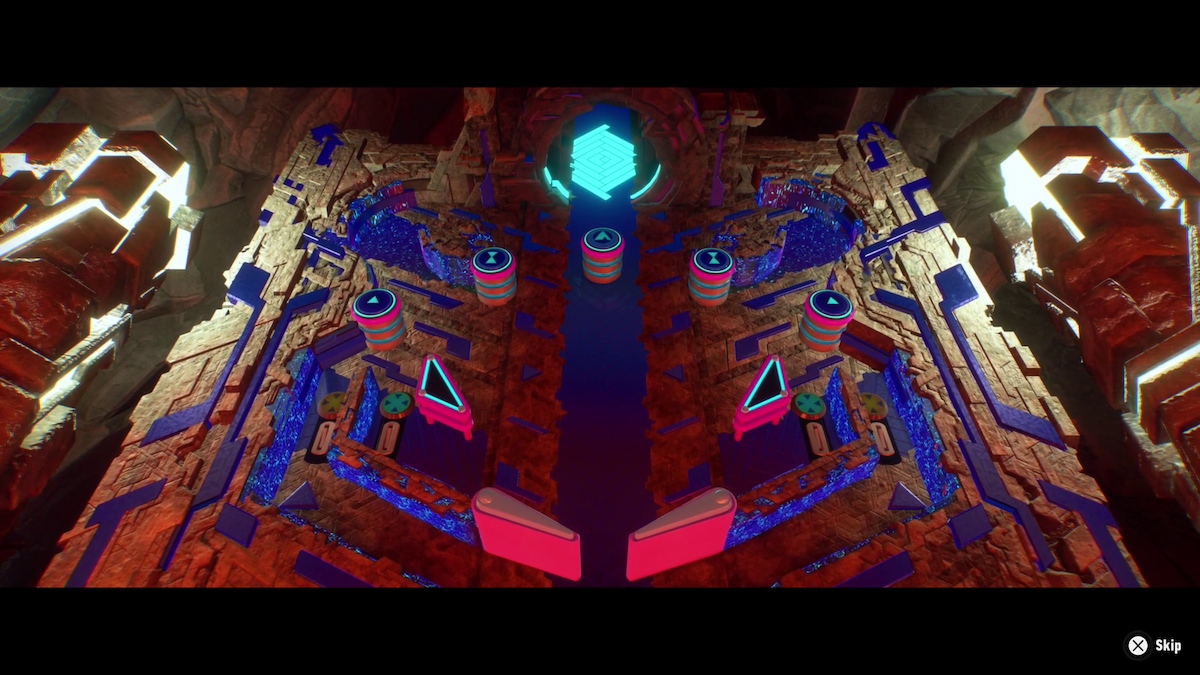 Towards the end of Sonic Frontiers’ third area, Chaos Island, players will be tasked with completing a game of pinball in order to advance the main story. Though this minigame has seen countless recreations in previous Sonic games, this particular iteration can provide a bit of a challenge. If you’re having trouble, here are a few tips to help you clear the pinball minigame in Sonic Frontiers.

Put simply, the goal of this minigame is to score a whopping 5,000,000 points in a game of pinball. It seems like a daunting task to earn that many points when the minigame starts with you’re gaining them in increments of hundreds, but it won’t stay that way for very long.

From the moment the first ball launches onto the playfield, your number one priority should hitting the ball in such a way that it hits the red star rings that sporadically spawn in random locations on the board.

Every time you hit the mark, your current score multiplier will be doubled. It begins at 1x and eventually caps out at 256x, meaning you’ll need to hit the red star rings several times to reach the 5,000,000 requirement in a reasonable amount of time.

The regular rings increase a progress bar to the next multiplier tier, but their effectiveness is significantly reduced once you reach 16x, meaning the red rings will be your best best to reach the max. Once you’ve maxed out your points multiplier, the best means of racking up points will be aiming for the top left and top right corners of the map in order to maximize score gains from the regular rings lining the top.

Of course, the above is easier said than done. Not only does the minigame force you to reach the score threshold with only two extra balls, but losing a ball also plummets your score multiplier back to 1x.

To offset this, it’s important to avoid taking the riskier, more rewarding shots until you’re confident you can do so without accidentally removing the ball from play. Other than that, it’s a simple matter of maintaining your max points multiplier at all costs and trying to hit as many targets as possible.

Your job isn’t over after reaching the coveted 5,000,000 score, though. You also have to guide the ball through the newly opened gate to the north, which will glow bright blue. It can be nerve-wracking, but as long as you keep a cool head and continue taking safe shots, you should be fine.

Given that it’s pinball we’re talking about here, succeeding in this minigame is still partially a matter of luck even with perfect play. However, as long as you keep at it while prioritizing hitting the red star rings and avoid taking dangerous shots, you’ll eventually hit those flippers to victory.

This primer should have given you everything you need to learn regarding how to get past the pinball minigame in Sonic Frontiers. If you’re curious about how much time you may have left with the game after passing the minigame, you may want to learn how many zones and cyberspace levels are in the game. You also may want to see our ranking of the top five skills in Sonic Frontiers.