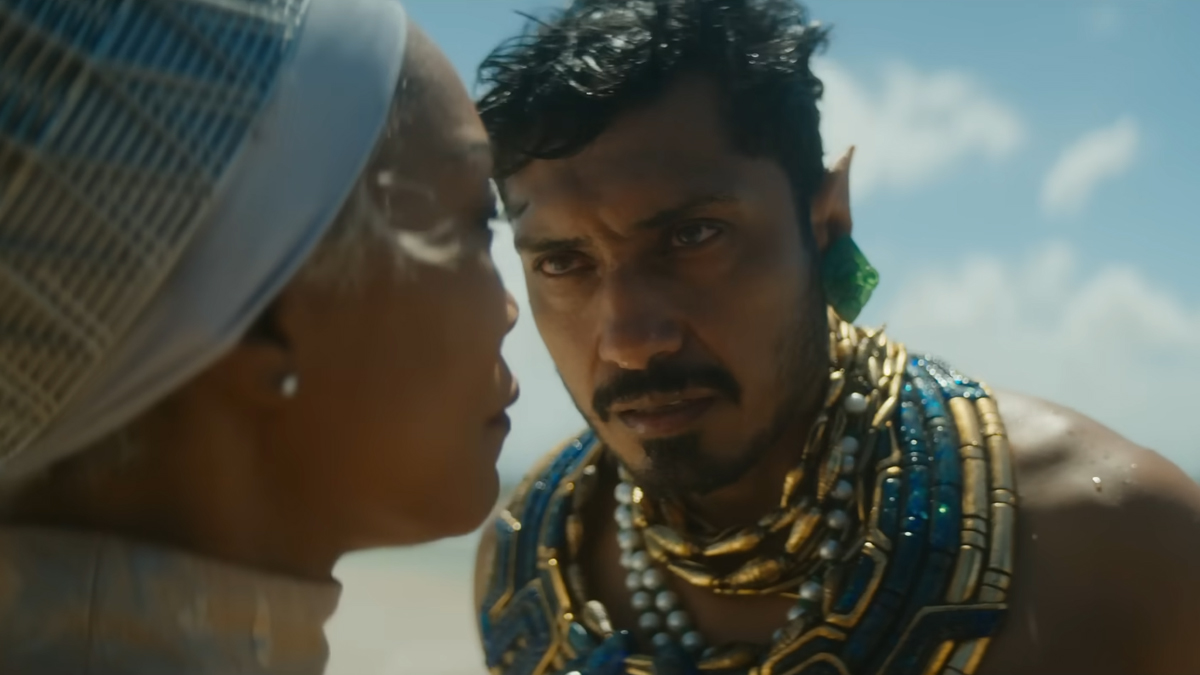 If one thing fans of the MCU have been screaming for could be encapsulated in one word, that word would be Mutants. Since Kevin Feige said at the 2019 San Diego Comic-Con, “we didn’t have time to talk about the Mutants, ” Eagle-eyed fans have been looking for hints of them. In Black Panther: Wakanda Forever, Namor drops the word, but does that mean Namor is a Mutant in the MCU?

Why Does Namor Call Himself a Mutant? Answered

Black Panther: Wakanda Forever does confirm Namor is indeed a Mutant, with the character telling Shuri he is a “mutant.” Furthermore, in a recent Empire Online interview with actor Tenoch Huerta, the outlet states, “One detail that is carrying over from the comics? According to Huerta, his Namor is indeed a mutant.” Considering the history of the usage of the word (or lack thereof) in the history of the MCU makes its utterance a big deal.

Now in Black Panther: Wakanda Forever, while telling Shuri about his history, Namor explains his pointed ears and winged feet made him a “mutant.” Considering Namor’s position in the comic book world as the first Mutant ever created, it is fitting it comes full circle with his character being the first to call himself a Mutant in the MCU.

For years, Fox Studios owned the cinematic rights to the X-men, including all Mutants and even the term “mutants.” During those years, Feige’s MCU could not use the word in their movies, even going so far as cutting a scene from Iron Man where Nick Fury says “assorted mutants,” which was finally revealed in the Infinity Saga Box Set.

It wasn’t until the Fox acquisition by Disney in 2019 that the doors were blasted open regarding Mutants in the MCU. Since then, we’ve seen a few hints here and there, starting with the aforementioned statement by Feige at SDCC. In-universe, the first leaning into the world of Mutants was in Wandavision, where it was revealed Wanda had her powers as a child, long before Hydra experimented on her and her brother with the Infinity Stone.

Then in the recent Disney+ series, Ms. Marvel, it is implied that she too is a Mutant her friend Bruno says, “Kamala, there’s something different in your genes. Like….like a mutation.” In the comics, Ms. Marvel is an Inhuman, which has its own complicated history stemming from the Fox ownership of Mutants. Still, it seems the MCU’s take on Ms. Marvel is that she is a mutant using the hint of the word to lead right into Namor’s reveal in Black Panther: Wakanda Forever.