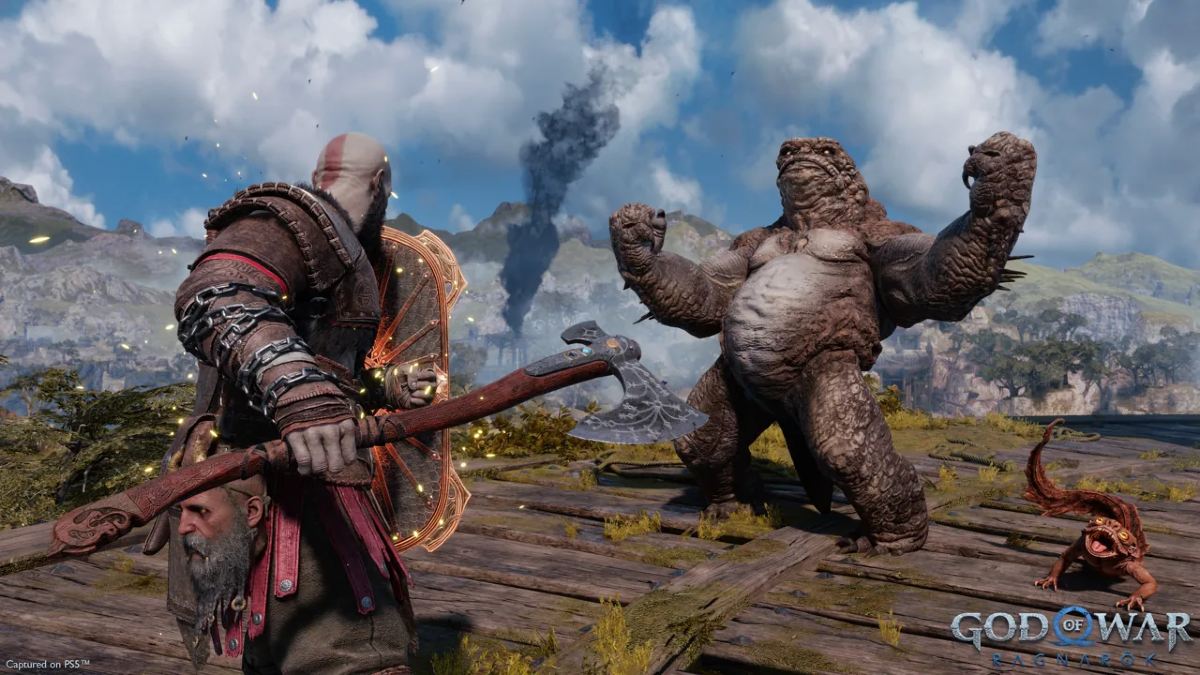 In God of War Ragnarok, there’s a bunch of different pieces of the environment Kratos and Atreus can interact with to either help them in battle or allow them to progress the narrative. There are some things in the game that you can mess with that are a bit confusing, though. Here is everything you need to know about how to get past glowing green barriers and what green pillars do in God of War Ragnarok.

To destroy glowing green barriers that you come upon in God of War Ragnarok, you simply need to reach the village in Svartalfheim. After you progress a bit into it, you’ll meet up with Sindri, who restrings Atreus bow to be able to shoot energy arrows.

Once he’s given Atreus this, simply aim at the glowing green barriers and let an arrow loose by pressing square when controlling Kratos and R2 when controlling Atreus. When playing as the latter, be sure you’ve got the energy arrows equipped or it won’t destroy the green objects.

Why Do Pillars Glow Green in God of War Ragnarok? Answered

In Svartalfheim, you may also notice there are some pillars, cranes, and other perches in the environment that have these. At first, they might seem completely meaningless, as they don’t drop any loot or open up any secret passageways. Shooting them does serve a significant purpose, though, especially in combat.

You’ll want to have Atreus shoot these green barriers on the pillars whenever the bipedal, lizard-like creatures known as Grims jump up on them. When you do, it’ll not only stun them, sending them floating in the air, but will also allow you to deal significantly more damage to them.

Taking advantage of this on higher difficulties while in Svartalfheim is super useful, as the Grim tend to bunch up in high numbers throughout a lot of the areas that comprise this world. For now, though, that is everything you need to know about glowing green pillars in Svartalfheim and why they are important in God of War Ragnarok. If you’re still looking for more help, be sure to check out all of the other guides we have, including why Freya is mad, how to defeat the Dreki, and much more.