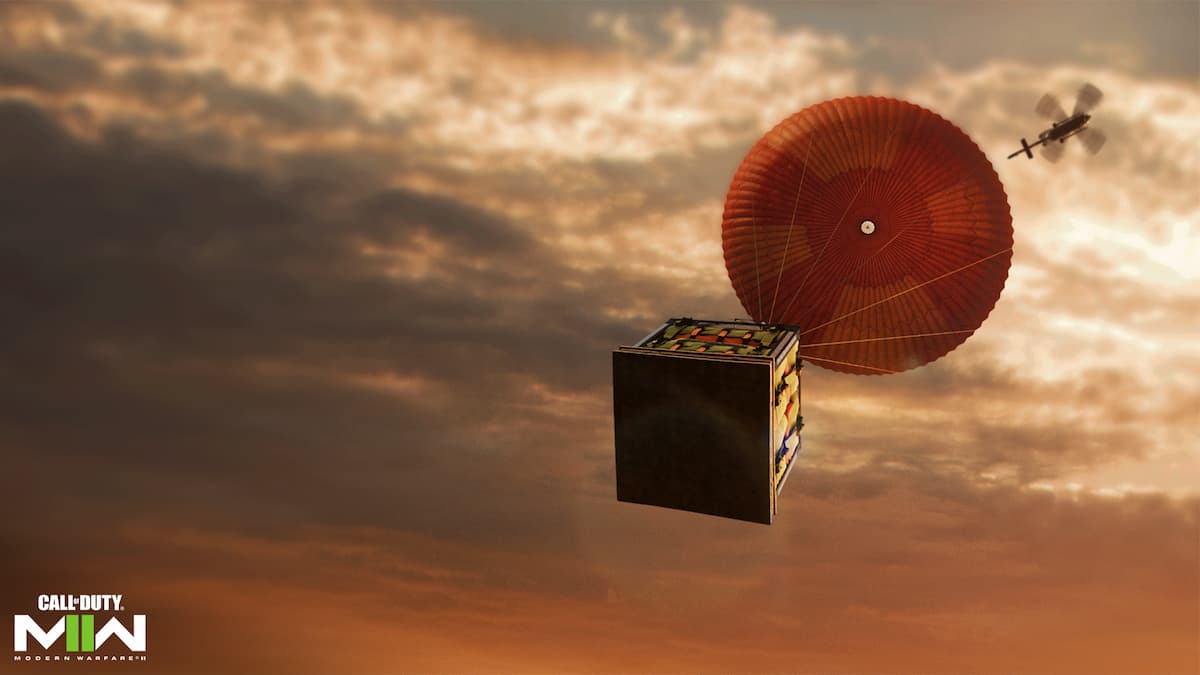 While the newest installment in the Call of Duty franchise strays from the franchise’s identity, Modern Warfare 2 continues the tradition of giving players ways to turn the tide in their favor. We’re talking about killstreaks or scorestreaks, and this entry gives players many new and returning streaks to aid them in their conquest. We’ve compiled a tier list of them all to keep you informed and prepped before you head into the field. Here’s what you need to know about the killstreaks and what rank they occupy, from worst to best.

How Many Killstreaks Are There in Modern Warfare 2 Multiplayer

Before we get started, it’s important to note a few things. Modern Warfare 2 features 20 total killstreaks at your disposal that you’ll unlock through leveling up. You are given the option to switch between killstreaks, which reward you based on player kills, or scorestreaks, which reward you based on your contributions to winning. Hardline is an incredibly useful perk for either streak system, as killstreak count is reduced by one, while scorestreak count is reduced by 125 points.

This list will include the kill and score count needed for all of the streaks. Going off the previous paragraph, if you want to change between the streak system follow the below steps:

Without further ado, let’s get started:

Starting this list off with a bang, or lack of, the Precision Airstrike. In the past few entries that have featured this streak, its overall performance has gone down drastically. Previous entries would call in an actual airstrike featuring a blanketing of explosive ordinance. However, it has since seen reworks to its function to now cover an area with machine gun fire.

It’s a severe downgrade, and couple that with a finicky system to call it in, it’s lost its favor in my streak package.

Continuing the trend of ranking ordinance streaks at the bottom, the Bomb Drone isn’t as useful as I thought it would be. Don’t get me wrong, it’s a neat idea, but a few design choices hold back this streak. The first issue comes from the map design, which impacts the rating of the Precision Airstrike as well.

Maps in this game, even in 6v6 modes, are pretty big. Taking the time to pilot a streak through the battlefield isn’t ideal if you’re looking to drop high-kill games. Couple that with the fact this streak can be shot down fairly easily, and the controls are also a bit finicky, the Bomb Drone doesn’t feel as good as it should.

My problem with the Wheelson is similar to my complaint with the Bomb Drone. Pull out your tablet to control a remote control mini-tank fully- equipped with a mini turret. It does get overwhelming to pilot, and again, piloting a vehicle like this is very risky if you’re going for high-kill games in maps that are noticeably bigger than what we’ve experienced in the past. However, a neat little trick is that you can set it to autopilot and enter sentry mode.

Let me be clear, the Cruise Missile is powerful, yet it’s extremely rough to use. Pull out your tablet and call in a large controllable missile that will explode upon making contact. My complaint with this streak is the controls are very hit or miss, and this streak can be countered by a Trophy System or Cold-Blooded users, which severely lowers its relevance, in my opinion.

As much of a hit and miss streak this is, it works wonders to prevent enemies from taking space on the map or capturing an objective. If it were down to me, I’d run another variant of explosive ordinance, but this will still do wonders, especially if you’re in the midst of a larger scale mode such as Ground War or Invasion.

While map design is a struggle in this game, due to their large scale, any streak that can control itself significantly sees a rise in relevance. The Sentry Gun is tried and true, and placing this in a corridor or next to an objective will hold back the enemy as long as it stands.

Now the Cluster Mine is an interesting streak because it may seem lame, but it’s actually worth the slot especially in objective-based modes. Place down a mine that shoots out several smaller mines, and anyone who triggers one will meet an explosive end. Much like the Sentry Gun, this streak can do you wonders if placed in a hidden corner or even on an objective.

I will always shout from the roofs how great the Care Package streak is. Since its inception in 2009’s Modern Warfare 2, this streak has seen various reworks to its function. While this version isn’t as unique as other iterations that allowed you to re-roll or rig them to explode if an enemy can grab them, it feels like this streak has been tuned to give you better drop rates for higher streaks.

Still, it’s a very dangerous trade-off as you wait for the chopper to arrive and drop off the package, but for a chance at a high-powered streak, I’ll wait as long as I need to.

As the recent CoD titles have changed how the mini-map functions, information gathering or information denying is a key concept you need to remember. The Counter UAV has been in CoD for quite some time, and denying the enemy the ability to use a UAV, or use their mini-map effectively, is a very powerful tool that allows for flanks and great counterplay.

Again, information is key, and the lack of a properly functioning mini-map means the UAV is at an all-time high in demand. Equipping this streak allows you to reveal enemy locations on your map for a brief period of time. Running a UAV can turn the tide for your team, or be the start of your streaks rising.

The Stealth Bomber is one of the best ordinance streaks in CoD history. What makes it so powerful is that a massive bomber drops an explosive ordinance in a path over the entire map, without warning for the enemy team. Its power is unmatched, as the map visibly shakes when a Stealth Bomber comes cruising along.

It’s Christmas time, and your air support is bringing in three Care Packages full of random chance streaks. I’m an advocate for the normal Care Package, and as the age-old adage goes, the more, the merrier!

The VTOL Jet has always been a great, if not the overall best, choice for airstrike-based streaks. Call in a jet to drop an explosive airstrike on one location, and after dropping the strike, it’ll hover around you to rain down machine gun fire onto your foes. It’s a merciless streak that provides an invaluable amount of benefit for you by dropping explosives, hovering around you, and giving you an idea of where enemies are based on where the jet targets its machine gun rounds.

The Overwatch Helo is an Attack Helicopter, although much stronger in power. Call in this chopper to provide cover from above, and it also live pings any foe that it sees. Strong and resourceful, I’ll take it.

The UAV is a powerful tool in Call of Duty, and this version sees its power reach unmatched potential. The Advanced UAV shows all the enemies on the mini-map in real-time, meaning there’s no delay in the information you receive. Not only does it real-time display your foes, but it also cannot be destroyed, meaning the opposing team is in for a rough time.

Enter the iconic suit and rain terror on your foes in the Juggernaut streak. It’s a high goal to achieve to unlock this bad boy, but once you dawn the suit, you’re treated to some heavy metal and a minigun that shreds the opposition.

On the opposing side, there’s not much you can do against a Juggernaut. However, you can combine your team’s weaponry to speed up the demise of the Juggernaut, or you can patiently wait and steal the Care Package it comes in. If you manage to slay the titan, his minigun is yours for the taking.

The Gunship is quite the spectacle to behold. Instead of an AI-controlled streak, you enter the gunner’s seat of a fully equipped gunship. When in the seat, you have access to three different forms of weaponry, a laser-tracking missile as well as 40mm and 25mm cannons. It never gets old hopping into the gunner seat, and new cinematics makes this a worthy experience.

The Chopper Gunner and the Gunship rankings are interchangeable. However, the reason this takes the number two spot is that you’re fully in charge when in the Chopper Gunner. You enter the driver seat and are allowed to fly around the map while raining turret fire and missiles. It’s such a fun yet powerful streak, and much like the Gunship, the cinematics makes this a cool experience worth your investment.

Last but not least is the MGB. It wouldn’t be a Modern Warfare game if the Nuke wasn’t an option, and this game features the iconic streak, yet it functions much differently than it did long ago. This game tasks you with getting a 30 weapon-only killstreak, meaning no offensive streak will aid you in your conquest to get a Nuke. It takes a bit of skill, and a ton of luck, but nothing beats the feeling of ending the match after a hard-earned 30 killstreak.

That’s everything you need to know about all of the killstreaks and how we rank their value in Modern Warfare 2. Let us know where you rank these streaks or which of them is your go-to streak package! We’ve got plenty of MW2-related content below; be sure to check out our guide on how to unlock gold camo for your guns, how to complete your daily challenges or our recommendation on the best TAQ-56 attachments.