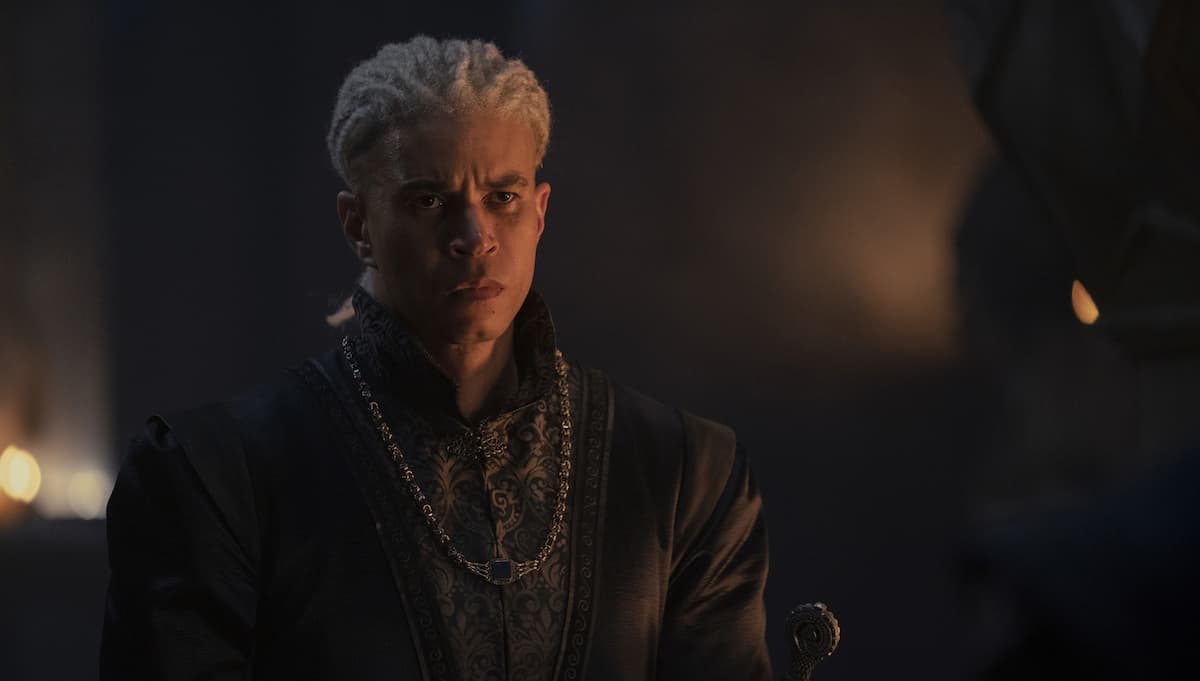 As Game of Thrones’ latest spin-off series continues to double down on the Targaryen-Hightower-Velaryon inter-relational conflict and drama, episode 7 introduces quite a few meaningful story beats that will likely ripple out and impact the world of Westeros going forward. If you’re here, however, you’re probably wondering how did Laenor fake his own death in House of the Dragon.

Before we dive into it, just a quick spoiler warning for those who haven’t yet caught up with episode 7. Still here? Well, then, let’s get started!

How Laenor Faked His Death in House of the Dragon

When Princess Rhaenyra and Daemon Targaryen get together near the end of episode 7, Rhaenyra proposes a plan to marry each other in a bid to strengthen her house and her claim to the throne. However, a surprisingly reluctant Daemon admits that the plan has a fly in the ointment. Specifically, he says to Rhaenyra, “We could not marry unless Laenor is dead.” As a result of this, Daemon and Rhaenyra cook up a sophisticated plot to fake Laenor’s death.

Firstly, Daemon approaches Laenor’s partner, Ser Qarl, in private and describes to him of a land across the Narrow Sea where ostensibly the pair of lovers could elope to and settle down together without becoming embroiled in the politics and conflicts of the throne. All the duo would need is gold and each other, and they could be happy there together.

In order to achieve this, however, Daemon asks Ser Qarl for a “quick death” for Laenor and “one with witnesses.” Of course, Daemon, Rhaenyra, and Ser Qarl do not actually intend to murder Laenor as he is not only an honourable man, but one with a good heart, as Rhaenyra aptly puts earlier on in episode 7.

Instead, the entire murder plot is a ruse to give Laenor and Ser Qarl their freedom and is essentially a way for the pair to escape the political conflict that is beginning to rear its ugly dragon head.

Once Ser Qarl and Laenor are onboard with the plan, Daemon stealthily murders a nondescript guard by breaking his neck. Next, Ser Qarl and Laenor stage a dramatic and “deadly” fight in front of a lone witness in the Velaryon’s royal chambers. While the witness runs off to tell the guards, Ser Qarl and Laenor place the body of the dead guard into the fire’s hearth, thus obfuscating the identity of the burnt dead body.

Of course, once Lord Corlys and Princess Rhaenys arrive to the scene, they find their “son” dead and his body burnt beyond recognition. Additionally, the murderer (Ser Qarl) has seemingly escaped, too.

Did Laenor Die in House of the Dragon?

Right at the end of episode 7, it’s revealed that Laenor did not die. Instead, both Laenor and Ser Qarl actually escaped on a boat together and, on the face of it, appear to be on their way to the aforementioned land that Daemon spoke of where they can be themselves and live together happily ever after.

So, there you have it. We hope this helped to clue you in on how did Laenor fake his own death in House of the Dragon. For more, check out our recent guides on who the “greens” are, who died in episode 7, and who the biggest dragon is. Alternatively, feel free to peruse the relevant links below.