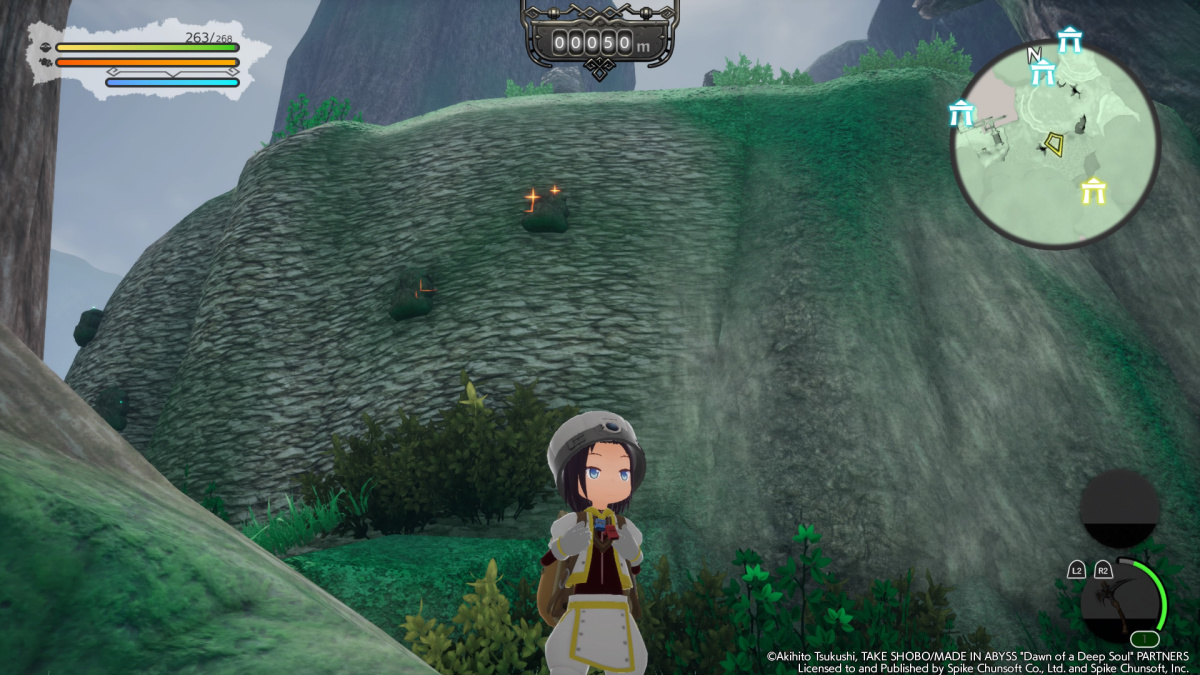 Collecting rare Relics to sell is a key part of Made in Abyss Binary Star Falling Into Darkness’ gameplay loop. Doing so is the fastest way to gain experience, store up funds and otherwise establish yourself as a skilled cave raider. Some Relics are far more valuable than others though, and as such, you’ve probably been trying to figure out how to farm Rare Relics in Made in Abyss Binary Star. Fortunately, we’ve got the answers you’re looking for.

As the game explains during its tutorials, Made in Abyss Binary Star‘s Rare Relics are denoted by an orange glow instead of a blue one. They likewise give off a ringing noise that grows louder the closer you get to them and can spawn randomly at any excavation point scattered throughout each Layer. Once they’re harvested, though, they won’t respawn until you begin a new dive.

With all this in mind, farming them is a simple matter. To start, find areas that have a lot of Excavation points littered around them. The Waterfall Gondola and Grand Bridge Way sections of the first layer, as well as the Inverted Forest in the Second Layer, are perfect examples of this.

Once in these areas, search around for clusters of Excavation points. They’ll typically appear on or around climbable surfaces, so keep this in mind as you search. Once you find some, harvest as many as you can and then return to the surface. This will reset the Rare Relic spawns, and you can then head back into the Abyss for another round of farming.

How to Travel Between Abyss Layers More Quickly

Of course, this can be a slog if you’re still in the early hours of Made in Abyss Binary Star, as you won’t be able to move between Abyss Layers as quickly.

Fortunately, there is a way around this. Once you’ve explored every area of a Layer and successfully reach the following Layer, you’ll be able to fast travel from the Map screen. You’ll only be able to travel to the first area of each Layer in this manner, though, and doing so will impose a bigger hit on your hunger and health the deeper you travel. Keep this in mind before planning your farming around going to a specific point right off the bat.

Hopefully this cleared up how to farm Rare Relics in Made in Abyss Binary Star. For more on the game, check out any of the related articles down below. Likewise, you should read our review of the title to find out what we thought of the full experience.