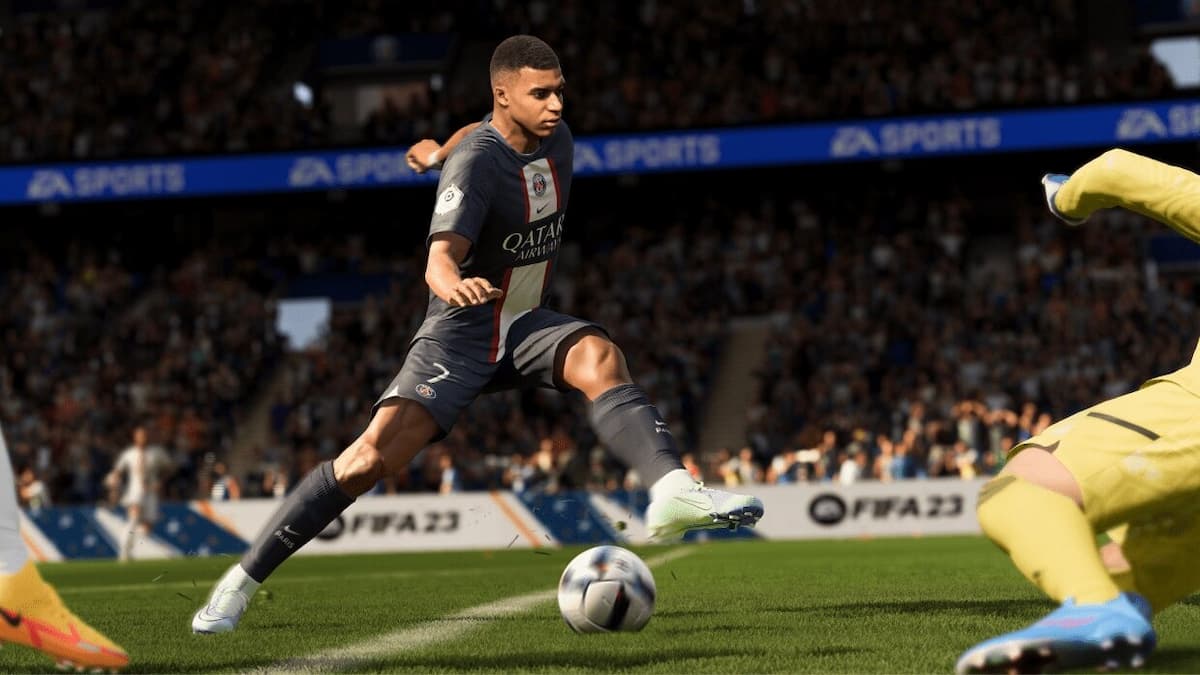 Gameplay tweaks are always going to be part of the game, and the FIFA franchise is no different when it comes to looking for ways to alter in-game action for the better. Yet while this is the final collaboration between EA Sports and FIFA, not everything is going to be different. Which brings us to this guide, and how to rainbow flick in FIFA 23.

If you’re looking to get one over on the defender, players have options. High amongst them is the risky yet rewarding rainbow flick. Pull it off and you may just look like a hero. Fail, however, and the result could prove very costly.

The move itself involves rolling the ball onto the heel before proceeding to kick it over your head and into the space ahead of you. Ideally, that takes the defender out of the equation entirely. And while it’s tricky to get right, it still only takes a combination of flicks on the right joystick.

Oh, and depending on who the player is using, they may be able to pull off an advanced rainbow flick as well. But before we get to that, here’s the difference in combinations between the two:

For now, though, that’s all you need to know in order to do a rainbow flick in FIFA 23. If you like what you see, keep your eyes here on Twinfinite. We’ve got more FIFA 23-related content with guides such as how to get icons and the best youngsters to sign in Career Mode—not to mention countless more at the links below. So read up, and ask a question if need be. We’ll be more than happy to lend a helping hand.