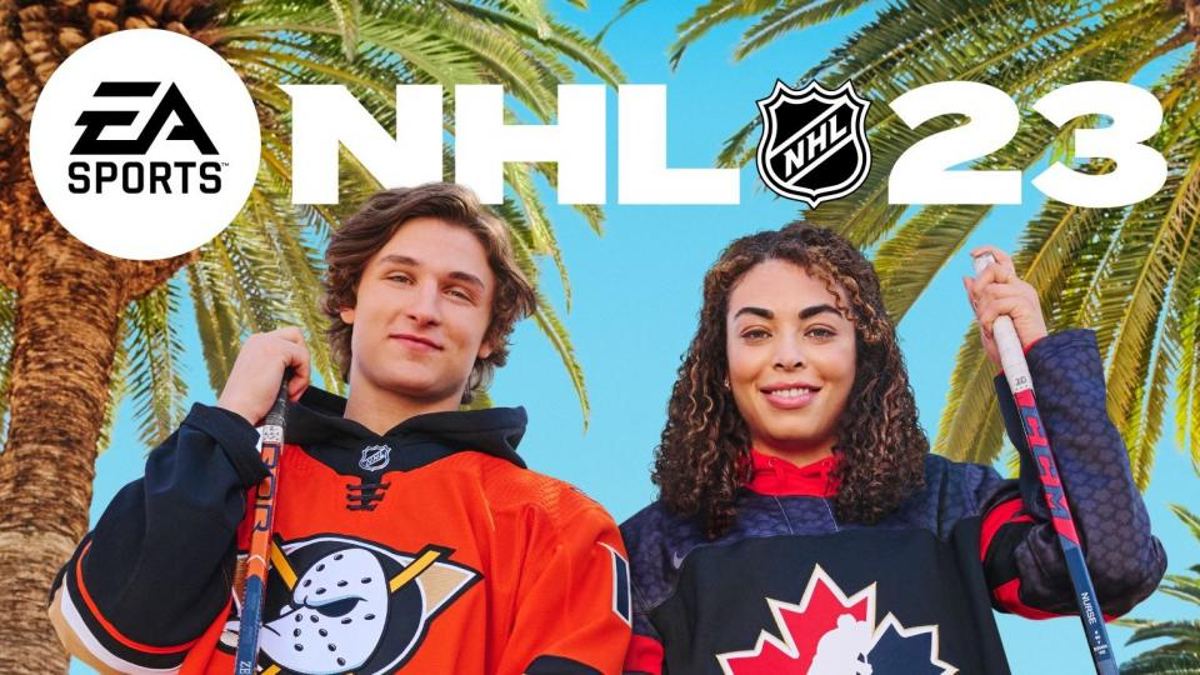 In the athletic world, gracing the cover of the video game for your respective sport is one of the biggest things you can accomplish in your career. That statement is no different for hockey players, as its been shown that skaters are huge fans of the NHL series. With that in mind, you’re probably wondering who the cover athletes are in NHL 23. Here is everything you need to know.

Cutting right to the chase, this year, NHL 23 has two athletes on the cover, Sarah Nurse and Trevor Zegras. The former is a forward for the Canadian National Team, and also the first female to ever grace the cover in franchise history, while the latter is a center for the Anaheim Ducks.

For a little bit more on each of these athletes, including the teams they play for and at what position, you can check out their official bios right down below.

Canadian international Sarah Nurse makes history just about every time she steps onto the ice; most notably, she broke the record for most points scored in a single Olympic hockey tournament (male or female) in the 2022 Games. Nurse captured numerous gold medals with Canadian youth squads, and earned a silver medal with Canada in the 2018 Olympics after a shootout victory against the United States.

She may be a seasoned veteran of the international game, but Sarah Nurse is just getting started. She’s making history with EA SPORTS as the very first female player to be featured on the official worldwide cover of an NHL game. Between her phenomenal shooting ability and her uncanny ability to read the game, Nurse is an absolute powerhouse that any HUT player will want in their lineup.

Anaheim Ducks center Trevor Zegras is one of the fastest rising superstars in the NHL, possessing an individuality and creativity like the league has never seen. Last season, Zegras’ first full season in the NHL, he took the sports world by storm with his over-the-net pass and assist that has been dubbed “The Zegras.”

In his first full NHL season, Zegras was named Rookie of the Month, invited as a special guest to the All-Star Game Breakaway Challenge, and was named a finalist for NHL Rookie of the Year. Zegras is one of the youngest players to ever be featured on an NHL cover and a highly-skilled playmaker and innovative young talent that’s ready to take NHL 23 by storm.

That is everything you need to know about who the cover athletes are in NHL 23. For more on the game and series, be sure to check out all of the related guides we’ve got for you right down below, and take a look at our NHL 22 review from last year as well.