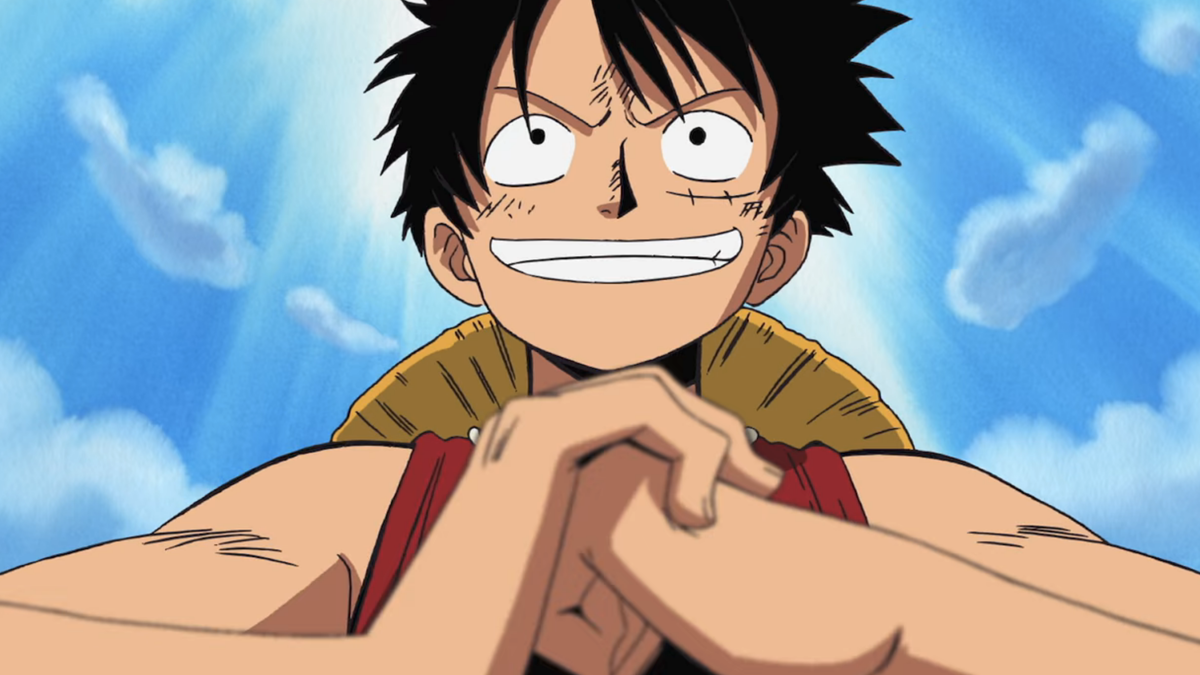 Fans of One Piece have been going on adventures with Luffy and his crew for over two decades. As soon as you start reading the manga or watching the anime, you’re treated to a pirate fantasy world full of action, adventure, comedy, drama, and a variety of colorful characters.

With so much charm, an enormous cast of characters, and an immersive world, Eiichiro Oda’s One Piece deserves its legacy in anime history.

But alas, the manga and anime must come to an end one day. And everyone that’s caught up with the anime might want to watch a similar series while waiting for the next One Piece episode. This top ten list shares some of the best series to help you get your anime fix when you’re not watching One Piece.

Like every entry on this list, Masashi Kishimoto’s Naruto fits the Shonen type by targeting young male teens. Set in a world of ninja fantasy, the main protagonist is (you guessed it) Naruto Uzumaki. Just like Luffy, he starts as a young boy. Instead of the gomu gomu fruit power, Naruto uses his chakra and hand signs to unleash ninjutsu or genjutsu techniques. He also struggles with the legendary Nine-Tails demon fox sealed within his body.

Naruto’s dream and determination are very similar to Luffy’s. By becoming the greatest ninja, he can also be the Hokage of Hidden Leaf Village. But he’s not alone, there’s a large and diverse cast of other supporting ninja characters that join him. The immersive world of Naruto is also deeply rich with lore and history. The first 220 episodes are part one, and Shippuden is part two. A follow-up series named Next Generations focuses on Naruto’s son, Boruto. Now that the main series has finished, there’s plenty to enjoy here when it comes to action, comedy, amazing duels, and character growth.

One of the earliest and most ground-breaking Shonen series of all time, Akira Toriyama’s Dragon Ball series is as Shonen as you can get. Goku, the main hero, starts as a young boy with a monkey tail who’s an alien from the Saiyan race. Trained in martial arts, he learns about the legendary dragon balls. These seven dragon balls can be collected and brought together to summon the ancient dragon Shenron to grant one wish before scattering again. Dragon Ball revolutionized anime and animation in general with its hyper-fighting style and outrageous displays of explosive super Saiyan power-ups and ki-blasting power.

When comparing the main heroes, Goku easily shares the same innocence, charm, (and appetite) as Luffy. And in the beginning, the story of Dragon Ball revolves around Goku’s growth in the same way we witness Luffy getting stronger. But the cast also expands with a variety of heroes that join Goku’s crew and help him put an end to evil villains. It all takes place in a reimagined world that resembles a modern-day Asia and will help keep your One Piece cravings under control.

One of Japan’s best selling manga of all time, the series focuses not only on JoJo, but also on members of his family and lineage. Jojo’s Bizarre Adventure is a great alternative to One Piece because of all the unique powers that the heroes and villains possess. Instead of fruit powers, certain characters can harness their spiritual power and manifest it into a Stand with unique abilities.

Along with its spin-offs, this multi-generational series offers a multitude of highly stylized characters that look like they could easily fit into the world of One Piece. There are plenty of fantastic fighting scenes and adventures. As you join JoJo and company during their battles against evil, you’ll easily remember Luffy and his crew of straw hat pirates.

Hunter x Hunter takes all the tropes from Shonen along with inspiration from other anime on this list. The main character, Gon Freecss, strives to be a world-famous hunter like his father. In this fantasy world, hunters are people who are specially licensed to hunt various things. Their unique powers are fueled by an energy technique called Nen.

The Hunter x Hunter anime follows Gon’s journey as he earns his official hunter license to the resolution of his personal quest to find his father. Gon’s Nen type is Enhancer, which means he can power up his physical abilities. And just like Luffy, Gon is forced into plenty of intense fights as he gets closer to achieving his dreams. Hunter x Hunter is a great alternative to One Piece or any Shonen anime.

Gintama has spanned over a decade and was created to be a parody of Shonen and its tropes. Gintoki Sakata is an ex-samurai who befriends a dojo student and a young alien girl. The starting premise follows Gintoki’s freelance adventures as he takes on jobs to make money to pay his rent. Although the cast of heroic characters can’t compare to One Piece, there’s plenty of sci-fi world-building that will give you the same immersion and satisfaction that One Piece has.

Now that the series is complete, there are more than enough episodes to binge. As the series continued to build and gain more popularity, the stories evolved and transformed Gintama into its own unique comedy action anime. One Piece fans will appreciate Gintama for all its wacky adventures, settings, and characters that they’ve grown to expect from Luffy’s world.

In Bleach, Ichigo Kurosaki inherits the power of a Soul Reaper. As a member of the Soul Society, he gains the ability to fight against evil spirits they call Hollows. When compared to One Piece, this anime has a slightly darker tone due to its blending of modern horror and urban fantasy. But it captures the same Shonen high-powered fight scenes that fans will enjoy.

The Bleach manga has already concluded, but the entirety of the anime was canceled prematurely. The good news is that the final arc of the Bleach anime has been set for October 2022. Viewers will have no trouble quickly getting into the story and familiar aspects of Shonen anime once they start watching Bleach. This anime will keep One Piece fans enjoying Shonen from a pseudo-horror perspective.

Rurouni Kenshin is a historical fantasy anime that tells the story of Kenshin Himura, the Battousai, set in feudal Japan. Harboring a tragic past, Kenshin vowed never to kill anyone with his sword again. He fights to protect others and help Japan reach a new political era of peace. Both Kenshin and Luffy share similar beliefs in that Luffy always ends up helping people who are oppressed or exploited by tyranny.

And just like Luffy, Kenshin brings together a close-knit group of friends and allies along on his adventures. They form a strong team and grow closer as they bond together. Although no one has superhuman powers per se, the characters have plenty of attributes that make them formidable fighters.

With special techniques, training, and weaponry, there’s no shortage of exciting duels and thrilling battles. On a deeper level, there are plenty of themes explored in regards to humanity, society, and relationships. The same holds true for Luffy’s story the closer he gets to his dream. There’s more than here to satisfy any One Piece fan.

In Yu Yu Hakusho, the main hero is a fourteen-year-old delinquent named Yusuke Urameshi. One day, he tries to save a young kid from being hit by a car, and Yusuke gets hit himself and then dies. Next, he ends up passing several tests given by the prince of the underworld. Upon returning to his body, Yusuke is tasked with being a spirit world detective.

Together with his closest friends and new allies, he goes on cases that lead him into superhuman battles against demons. In this regard, Yusuke needs to evolve and grow stronger throughout the series to help save and protect his friends and innocent people.

This is where Yu Yu Hakusho and One Piece cross similar paths. This series is another prime alternative to One Piece for those who want to experience a different take on Shonen while still feeling familiar.

My Hero Academia merges Shonen with inspiration from American-style superheroes. Izuku Midoriya, the main hero, is similar to Luffy in that he has a singular goal: to become the greatest superhero. The problem is that while many people are born with powerful quirks, Izuku was born with none. But this doesn’t stop him as he dedicates his life to chasing after his dream no matter what.

Eventually, Izuku joins the U.A. Highschool, which is one of the most highly ranked hero academies. This puts him on the path to achieving his dream, growing stronger, and taking on wicked villains. My Hero Academia offers the same action-packed formula as Shonen and One Piece, along with plenty of quirky characters.

Fist of the Northstar

The world of Fist of the Northstar is sci-fi and post-apocalyptic, but it’s still filled with incredible heroes and villains, just like One Piece. And as viewers join Kenshiro on his journey to help and protect humankind, they’ll learn to further appreciate the history of Shonen with this classic and legendary series.