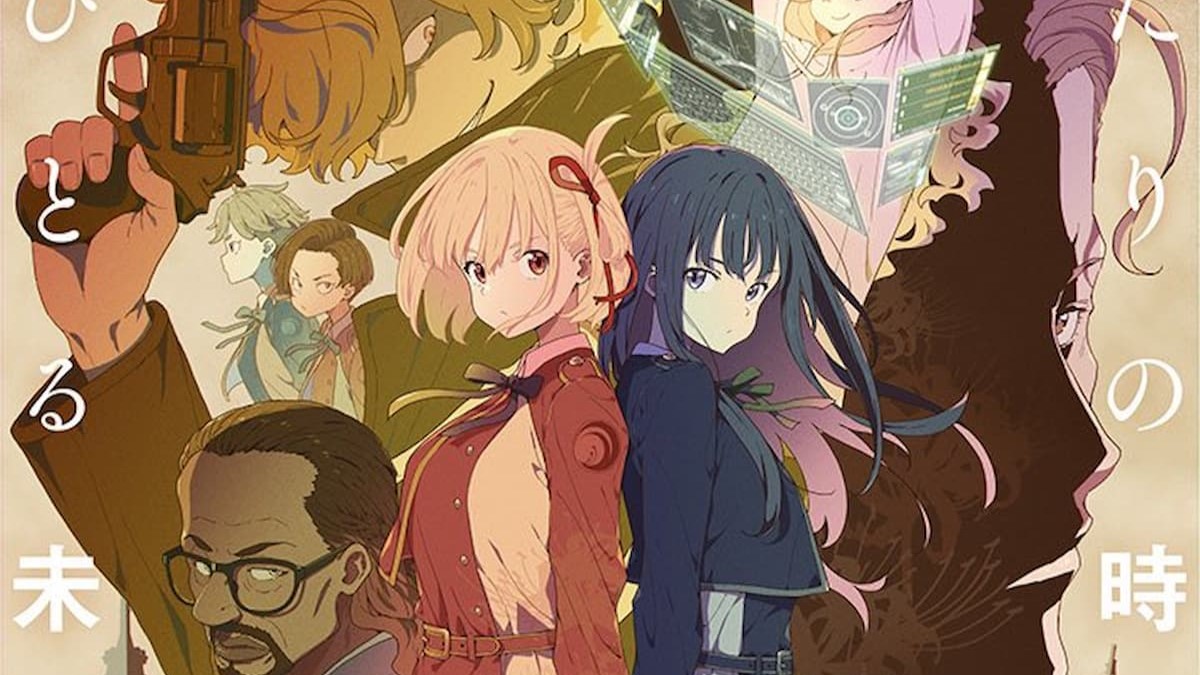 A new key visual and trailer has been released for the popular anime Lycoris Recoil to promote the epic conclusion of Season 1.

Each episode has showcased the all-girl group of agents known as “Lycoris,” who fight to keep the peace in a terroristic world. At the top of this faction is the elite Chisato Nishikigi, their strongest agent that works with the rest of its members at Cafe LycoReco, including Takina Inoue, Mizuki Nakahara, Kurumi, and their manager Mika.

You can check out the latest announcement for Lycoris Recoil on its official Twitter here:

Although Lycoris Recoil has various intense scenes, there are many light-hearted moments where the Lycoris agents do activities like childcare, shopping, life coaching, and anything else they must do to fulfill the orders within Cafe LycoReco. Furthermore, you’ll learn about the different personalities of each member, such as Chisato’s optimistic lifestyle, the serious Takina, and the lazy adventures of Kurumi.

As of right now, the series has debuted eight episodes on Crunchyroll, with an upcoming ninth episode that fans can’t wait to see.

You can check out the promotional video of Lycoris Recoil, which features a variety of characters battling it out as they try to protect the world here:

The famous game director, Hideo Kojima, has praised the anime for its unique storyline, especially since the show balances the assassin life and the Lycoris’ missions at the coffee shop.

Now that fans have gotten this latest key visual and trailer, we can see what happens in Episode 9 of Lycoris Recoil when it releases on Aug. 27, 2022. If you want to check out more anime content, you can view the latest updates on Sacrificial Princess and the King of Beasts, Harem Camp, Ranking of Kings special episode, and five reasons why you should be excited about the Kaiju No. 8 anime adaptation.