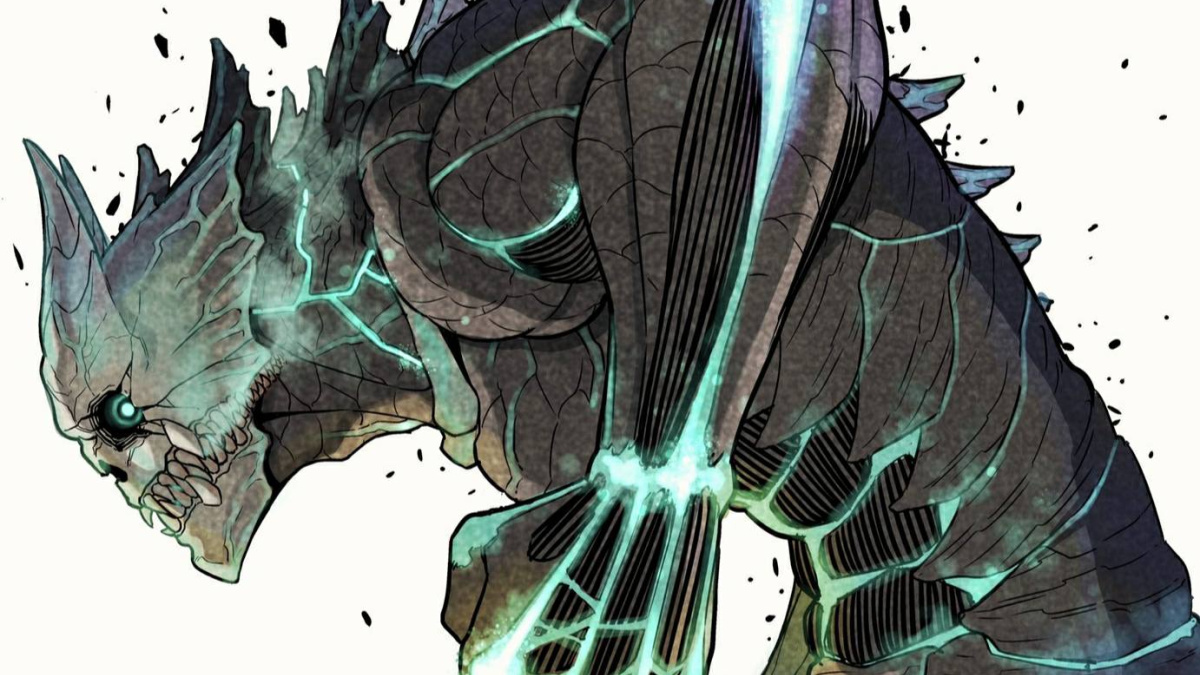 It should come as no surprise that Kaiju No. 8 is set to receive an anime adaptation. One of the biggest breakout hits from Shonen Jump’s Jump+ lineup, the series is a juggernaut of Shonen goodness with a healthy helping of its namesake giant monsters. Those only just hearing about the series might not be sure if it’s worth getting hyped for, though, so we’re here to provide everyone with five reasons to be excited about the Kaiju No. 8 anime adaptation.

While it certainly borrows some tried and true elements from the Shonen handbook, Kaiju No. 8 strays from the path in some interesting and novel ways.

Framed more as a redemption story thanks to its over-the-hill protagonist Kafka Hibino, the story isn’t solely about becoming the best through grit and determination. Instead, it’s also a heartfelt ode to making the most of a second chance at achieving one’s dreams, no matter how that chance comes about. Every small bit of progress and holding onto the drive that sustains one’s belief in their dreams is a topic of constant focus and breaths some much-needed life into the genre.

This isn’t a theme that pops up in the pilot chapter and then fades away, either. Even as the narrative continues, this remains a staple of the storytelling and ensures the series never loses its heart.

It’s a big reason why people flocked to the manga and is sure to remain a key factor in how the story will progress.

The Transformations Are Appropriately Monstrous

Kaiju No. 8 wouldn’t be a proper Shonen series without transformations, but it manages to embrace this fact while holding onto its own aesthetic.

Utilizing the “bone melded with insect” appeal of its monsters, the characters’ Kaiju weapons and transformations are properly biological and disgusting. They drive home the idea of becoming monsters to take on bigger monsters and toe the line between making their characters look cooler while also portraying the risk they run of losing their humanity.

Aside from the obvious thematic implications of this approach, it also gives the series a sense of identity that other manga could only hope to replicate, which, in this Shonen landscape, is a godsend.

One of the biggest points in Kaiju No. 8’s favor, though, is how well the world-building establishes Kaiju as a known and studied element.

In addition to the military task force dedicated to their extermination, there’s also a plethora of other utilities dedicated to dealing with Kaiju. One in particular viewers get to see in action is the Kaiju cleanup department, which Kafka starts off the series working for. Through it, knowledge is gained about Kaiju corpses and how to properly dispose of certain parts of them, which in turn can help lead to more effective ways of eliminating them.

This is a genius piece of world-building. It opens up the door to treat the Kaiju not as a generic threat but as a natural element of the wider world that is constantly being examined for better understanding. Likewise, it leaves the door open for other Kaiju-related departments to be revealed, which could further expand the world and its lore.

The Characters Are Lovable and Relatable

Kaiju No. 8’s characters are also a huge strength of the series, and not because they do some of the more popular character tropes well.

In addition to the already-mentioned Hibino Kafka, the cast of characters is fleshed out with people who break the mold of the typical Shonen fodder. There are characters making deals with the devil for power, knowing it’ll come back to bite them. There are those whose dedication to duty hasn’t dulled their love or admiration for old friends and others whose push toward success is guided by an understandable overreaction to tragedy.

None of this feels one-note either. There’s proper time given to these characters’ development, and the way they interact with one another feels in service to this fact.

To be sure, there are still some very trope-y characters to be found throughout, but the fact that this isn’t the norm is a huge point in the series’ favor.

The Fights Have Titanic Potential

It shouldn’t be too big of a shocker when we say the Kaiju No. 8 anime has the potential for huge fights, both metaphorically and literally.

While it may feature giant creatures that typically need to be taken out in one climactic hit, the series manages to inject plenty of emotion and intensity into the build-up to these climaxes. Finding the proper strategy to reveal a weak point or keeping smaller enemies distracted so an attack can land on a big bad are paced and framed in a way that makes one want to keep reading and see what happens next.

In addition to this, there are also more direct confrontations between human opponents that fully utilize the series’ unique elements. Battles involving monster-sized combatants feel properly brutal and meaty, with the biological elements of the kaiju used to maximize the feeling of bones cracking or flesh tearing.

Toss in the amazing art that brings all of this to life, and it’s no wonder we can’t help but be excited about the Kaiju No. 8 anime adaptation.