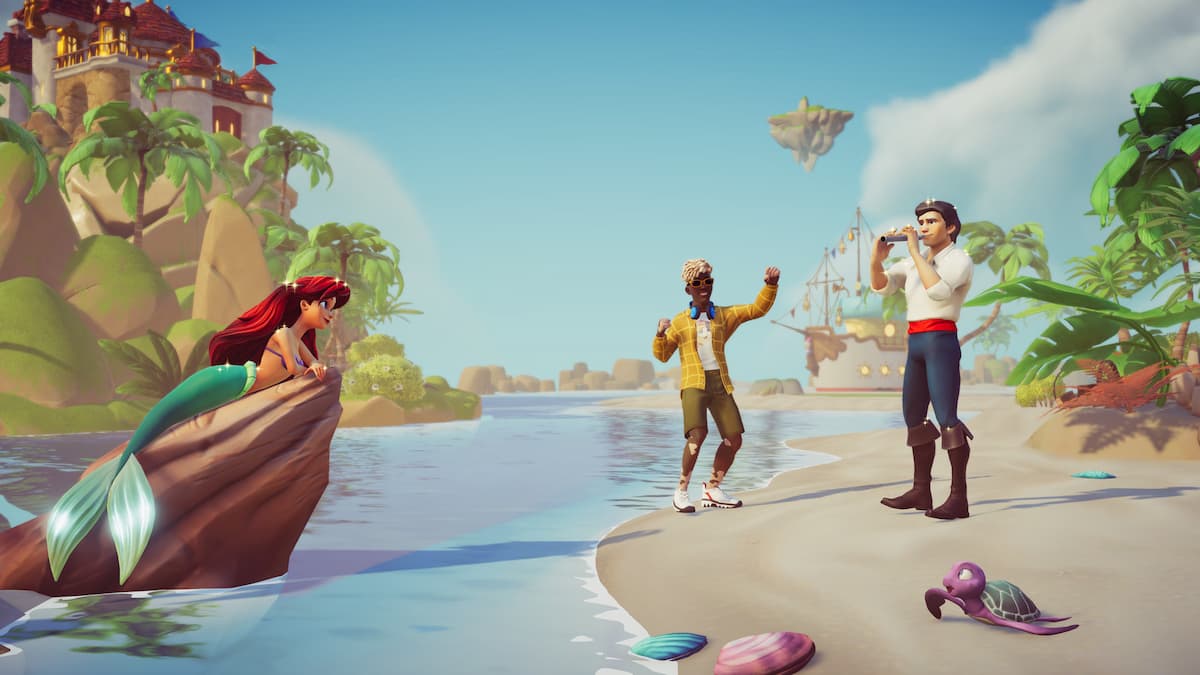 Disney has maintained its success throughout the years with its various films, TV shows, games, and other projects. Now with the upcoming launch of Disney Dreamlight Valley, the company once again proves its worth by letting fans explore magical worlds with all their favorite characters, such as Mickey Mouse, Goofy, and others you meet along the way.

Like many others, I’ve been a fan of the media conglomerate since I was a kid and have continued to keep up with their many installments, including Disney Dreamlight Valley. But, even if you aren’t a longtime fan of the universe, the game provides details about any storylines you may not be familiar with by allowing you to ask questions to characters.

My initial impression of the gameplay was that it reminded me of the building mechanics of Minecraft because of its crafting components. At the same time, there were also some elements of Kingdom Hearts due to the game’s constant adventures with Disney characters. But, of course, this installment is still its own entity by having hidden Easter Eggs to capitalize on the nostalgia and allow players to embark on many exciting tasks.

The story begins as you leave the city life and venture off to a place you used to go frequent in your childhood, but everything changes once you fall asleep and awaken into the realm of Dreamlight Valley. However, instead of the happy-go-lucky worlds we’re used to, darkness surrounds the area ever since a mysterious Ruler has left it in shambles, which is a refreshing outlook on the classic stories we’re all so familiar with.

As a player, you’ll get to customize your character to your liking and gather more Disney-related clothing to make the experience more rewarding. Then, you’ll meet Merlin, who acts as a guide to your journey by assigning you missions that can improve the state of the once magical area. During this time, he tells you about The Forgetting, a phenomenon that causes the Disney characters to forget everything, resulting in a few of them leaving Dreamlight Valley.

This is where your character comes into play as the hero that can restore the place to its former glory, where you must get rid of the Night Thorns by utilizing your new powers. When I first started playing the game, I spent a lot of time going around the map and eliminating this threat since it’s satisfying to see the realm cleared up, making more room for other landmarks. In addition, this process gives you resources like seeds and coins that can be handy when you need a specific material or want to purchase a building improvement project from Scrooge McDuck.

While you clear up the land, you’ll also be given a house that you can customize as much as you want and put away items in the storage box. The one thing I enjoyed the most about this aspect is that there is a tiny radio that plays popular Disney songs, such as musical compositions from Wall-E, Moana, and Frozen.

Besides the main currency of coins, you must collect Dreamlight, a powerful source that can destroy larger groups of Night Thorns. These resources are essential for blocked areas that can take you to new realms with more beloved Disney characters. From then on, it’s up to the player to decide on objectives and build relationships with their neighbors.

In this preview, I explored Moana’s vibrant realm once I acquired enough Dreamlight. This particular world features the characters Moana and Maui, as they look to you for help on the island’s sandy beaches. You’ll explore different areas and participate in several tasks that could result in one of them returning to Dreamlight Valley with you.

Each conversation with the characters gives us a chance to look deeper into their universes and listen to familiar stories within their films. Moreover, the soundtrack of Disney Dreamlight Valley is delightful to listen to as you play the game, and you can’t help but sing along to the familiar bops from your favorite movies.

After playing a few mini-games and advancing in friendships, I am curious to see how the game will showcase other characters we know and love. When it officially releases, there will undoubtedly be more storylines and diverse gameplay, which may include additional content to expand the different realms. Overall, the storyline and characters make this an excellent game for Disney lovers and could inspire future newcomers to the franchise.