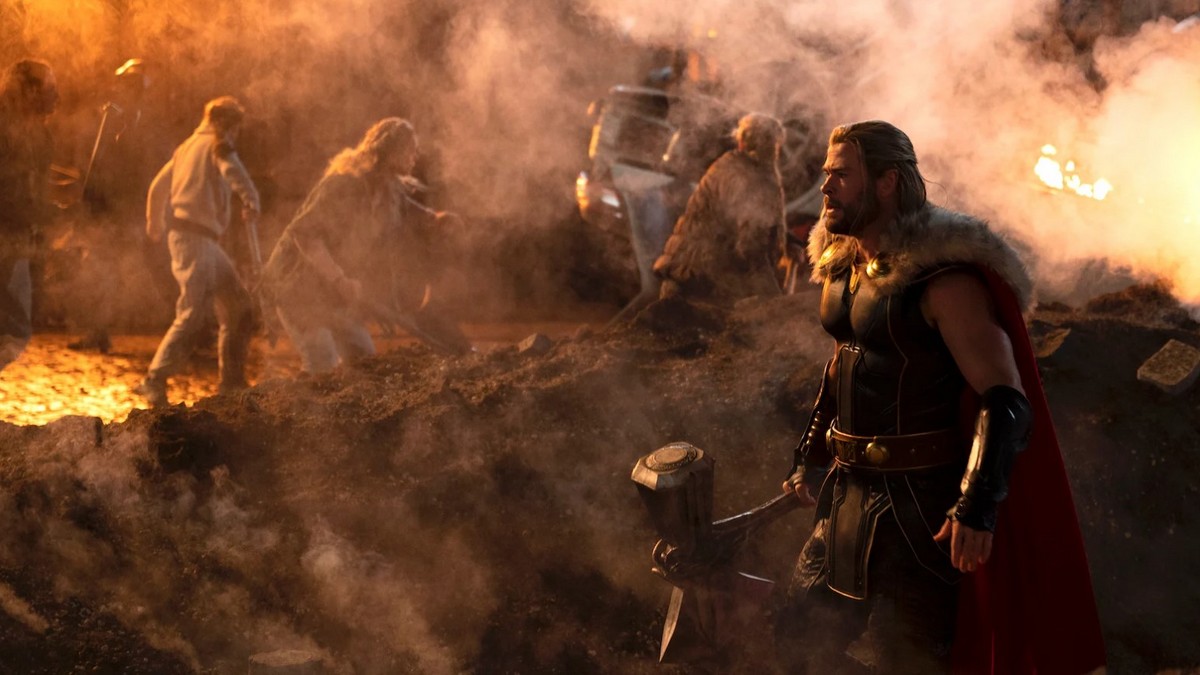 The Marvel Cinematic Universe is already full of well-known stars, but sometimes, it can be the other characters that capture fans’ hearts or our attention for standing out in certain scenes. That is definitely the case for Thor: Love and Thunder. While the likes of Thor, Valkyrie, Korg, Mighty Thor, and Gorr take the limelight most of the time, the kids of Asgard are also prominently featured in many parts of the movie. If you have wondered who that little girl with the bunny is in Thor: Love and Thunder, we are here to help.

The Little Girl With the Bunny in Thor: Love and Thunder

While we do not get her name in the film, that little girl most certainly let the shadow monsters get it in Thor: Love and Thunder when given the power of Thor, firing off powerful blasts as she spun around in the air. That badass is played by none other than Taika Watiti’s daughter, Matewa Kiritapu. Her sister, Te Kainga O’Te Hinekahu is also one of the Asgardian kids kidnapped by Christian Bale’s Gorr.

Who Does Chris Hemsworth’s Daughter Play?

The family fun doesn’t stop there. Chris Hemsworth’s daughter, India, is also part of the show. However, she arguably plays the biggest part among the kids, taking on the role of Love, the daughter of Gorr that was later adopted by Thor. Needless to say, it will be exciting to see just what adventures Chris Hemsworth will have with his daughter on the big screen next time.

That’s everything you need to know about who that little girl with the bunny is in Thor: Love and Thunder. For more on the MCU’s latest, be sure to check out everything about the post-credits scenes or the various cameos in the film. For everything else, Twinfinite has what you need.

Related Posts
Comments
Continue Reading
Related Topics:Guides, Thor: love and thunder, Who Is the Little Girl With the Bunny in Thor: Love and Thunder