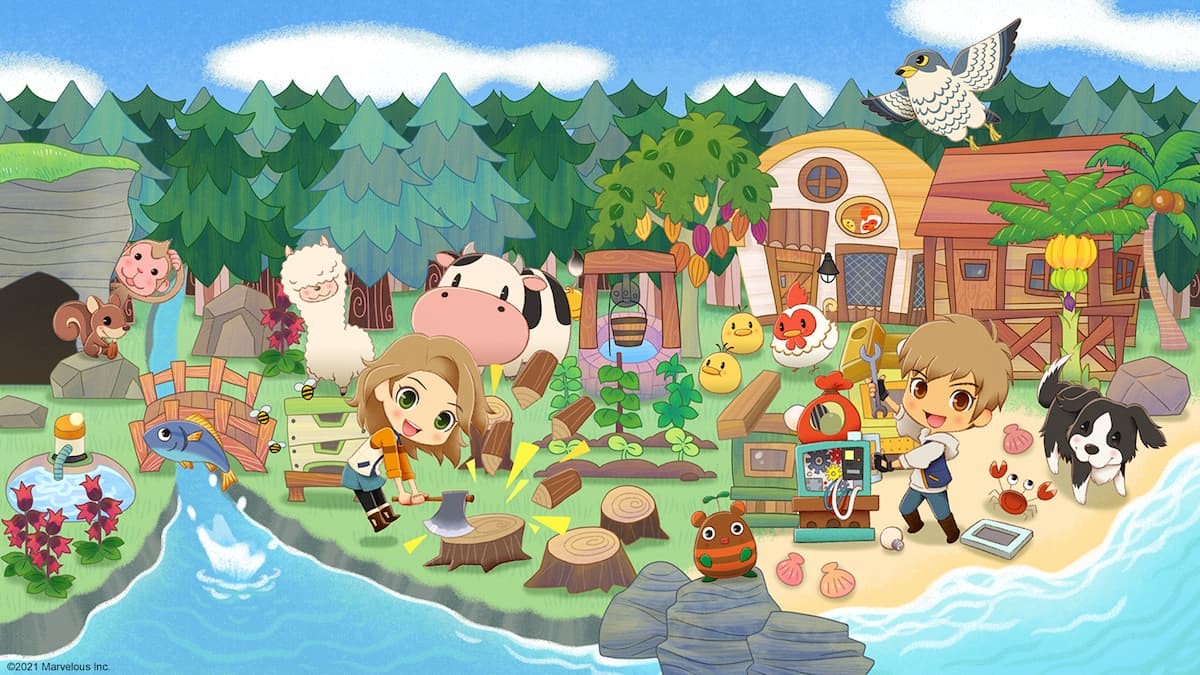 Story of Seasons: Pioneers of Olive Town on PS4

As one of Harvest Moon’s successors, Story of Seasons: Pioneers of Olive Town combines all your favorite simulation games into one with its intricate gameplay mechanics and fun social interactions. Like other installments of the franchise, you’ll be able to upkeep and manage a farm while helping improve the overall map.

At the beginning of the game, the character makes their way to Olive Town, a place their grandfather and his friends established long ago. After growing up listening to all the stories of the area, they finally decide to go there and expand their grandfather’s legacy.

Once I reached the player customization of Story of Seasons: Pioneers of Olive Town, I was pleasantly surprised to see that it offered additional options you don’t often see in other games in the genre. Instead of simply choosing your gender, you can do a mixture of any feminine and masculine characteristics. For example, you can have a character that has a female body pose and male facial features while choosing any voice of your choice.

On top of the gender-neutral components, you’ll also be able to decide the colors of your left and right eye, with the option of having two different colors.

After wrapping up the customization section, I was quickly treated to a cutscene of the character’s motorcycle breaking down at the entrance of Olive Town, where the mayor, Victor, comes in to help. He begins talking to me about how great the character’s grandfather was and asks me a couple of questions, such as my birthday and gender.

When all introductions are out of the way, we go to the family’s old farm, which is overgrown and completely disheveled. I always wondered why farming simulators often choose this storyline of inheriting a messy place, like Stardew Valley and My Time At Portia. But, since it’s become such a classic narrative in these games, I still appreciate it, nonetheless.

The story’s primary goal is to fix your farm and help Olive Town grow its business by improving things like buildings, outdoor areas, and new places. Moreover, there are instances where you’ll decide how you can boost tourism, including choosing a mascot and curating promotional events.

My first base of operations was a tent given to me by the mayor, a home that can later be improved upon once players make enough money. To become the richest in the town, you must sell your crops or creations and complete requests from various people. The game is relatively nice in the initial playthrough and gives you a set of tools to collect some much-needed items, such as grass and logs.

If you want a game with a variety of things to do, this installment will never leave you bored. I got so lost in the farming gameplay that I almost forgot about the town next door because I could partake in so many adventures and projects. For instance, you can go into the caves and mine for valuable elements that you can sell or use to upgrade your tools.

Another aspect of the game is fishing which I found helpful for making meals to increase the character’s endurance. That said, in the beginning, the stamina mechanic proved to be challenging at times since you couldn’t do as much with the low-level tools and attributes. Fortunately, you won’t need to worry about your character fainting as time passes because the game offers bathing and big enough meals to fill your stamina bar.

As you might expect from a Story of Seasons game, farming is at the core of the whole story. I could do many things, such as organize my garden, water plants daily, and sell them directly in the Shipping Bin (or keep them for recipes.)

Some players might find the gameplay tedious since you’ll need to establish a routine, but I enjoyed it immensely because the game really makes you feel like a genuine farmer.

When I eventually stopped being anti-social and went to Olive Town proper, I conversed with people, including Reina, who works at the museum, and Emilio, the fisherman. Compared to other simulators I’ve played before, the game’s character designs are diverse and well-drawn. However, relationship building can be relatively slow and requires a lot of patience, even when you give them gifts they favor.

It was still a lot of fun interacting with the people around town where everyone participated in events, such as competing in a dog race with your pet and playing in the Summer Jamboree. There is also the option of marrying someone (as long as they have a pink heart) whether they are the opposite or the same sex.

While walking around in Olive Town, there were many shops and locations to explore. For example, you can pick up building jobs on the Bulletin Board within Olive Hall to earn extra coins and collect Title Rewards for bonus content. You’ll also often find yourself buying seeds from the general store, and donating unique items to the museum in your spare time.

Olive Town isn’t the only area you can go to since you can repair bridges to other locations and visit the home of the Sprites, magical creatures of the land (with a few mini-games) that can help you gain additional items. Over time, you can talk with them to upgrade your stamina and purchase nature elements that may be hard to come by.

One of the main components I enjoyed about the game is how it gradually gets easier the more time you spend farming and conversing with the people. In particular, instead of hitting one tree, I could hit multiple objects simultaneously after the proper upgrades were made. Other nice quality-of-life options available in the game include utilizing tools like a net to automatically catch fish and using the Earth Sprite Management to receive a diverse range of collectibles.

As mentioned before, Pioneers at Olive Town has a lot of wonderful components of other farming simulators. Like Animal Crossing: New Horizons, you can go around the area to build relationships with various unique people and grow crops, similar to Stardew Valley.

Of course, we can’t forget that Harvest Moon is one of the first major hit titles within this genre, so all of the games we know and love now were possibly inspired by the franchise’s previous installments. Furthermore, the game has its own unique spin on things with its different customization options and mystical storylines.

Looking at the game overall, the developers took all of the great parts of these simulators and combined them to make this fantastic storyline. In addition, the transformation process of seeing your overgrown farm become a masterpiece is highly satisfying since it results from your hard work and dedication.

Story of Seasons: Pioneers of Olive Town is everything you could want from a farming simulator, whether you are a beginner or a longtime player. After all these years, Marvelous Inc. and XSEED Games maintain their ability to capture the audience by making you feel like a farmer, regardless of your real-life personal experience. 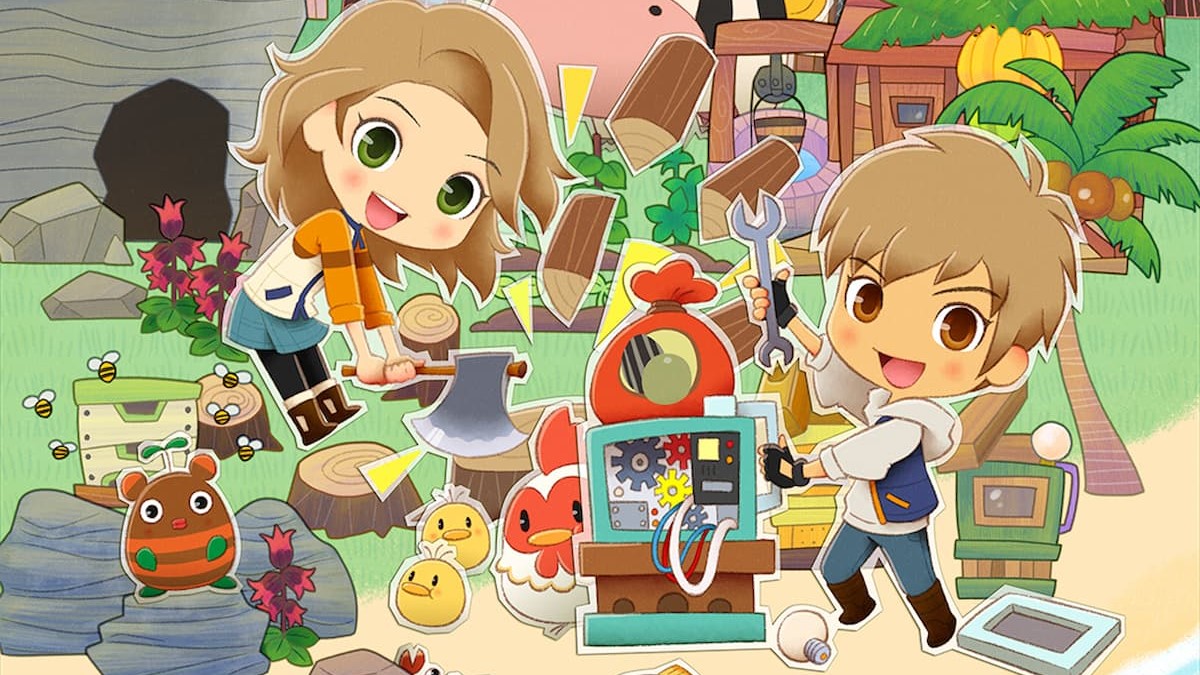