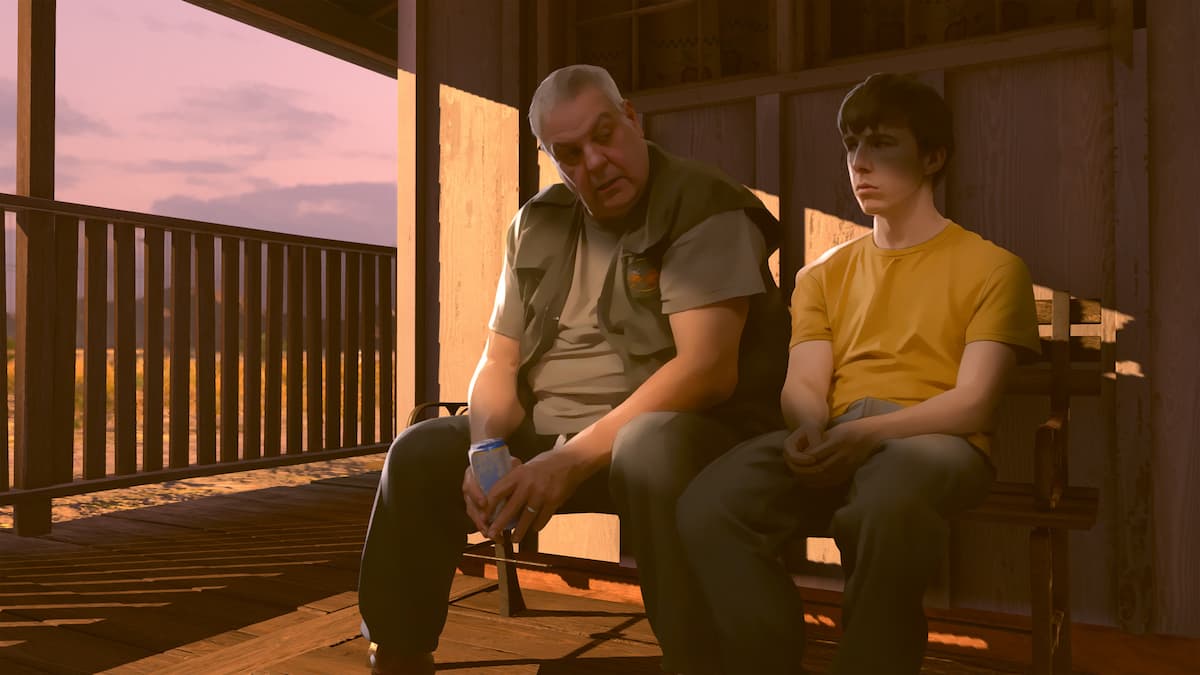 As Dusk Falls offers up a visual novel-style experience which follows the story of two families crossing paths across a 30-year period. But how long is As Dusk Falls? And how many chapters make up its entirety? Well, it’s actually on the shorter side given how long a time period the game’s narrative intends to cover.

How Long Does As Dusk Falls Take to Beat?

As Dusk Falls takes six hours to beat all six of its chapters. The runtime doesn’t tend to vary from person-to-person too much because of the linear nature of the game. Unlike other titles in the genre like Telltale’s episodic series or Life Is Strange, As Dusk Falls doesn’t give you free reign to explore its environments. Instead, you hover your cursor around different areas of the screen to initiate another cutscene, or complete QTEs or make dialog choices.

There is the possibility your playtime could run a little bit longer if you pause the game to discuss the tough decisions you’ve got to make with a friend or family member, but this won’t add up to more than a couple hours at the absolute max over the entirety of the game.

All Six Chapters in As Dusk Falls

For more on As Dusk Falls, be sure to check out our full review, or see more of our coverage on the game below.