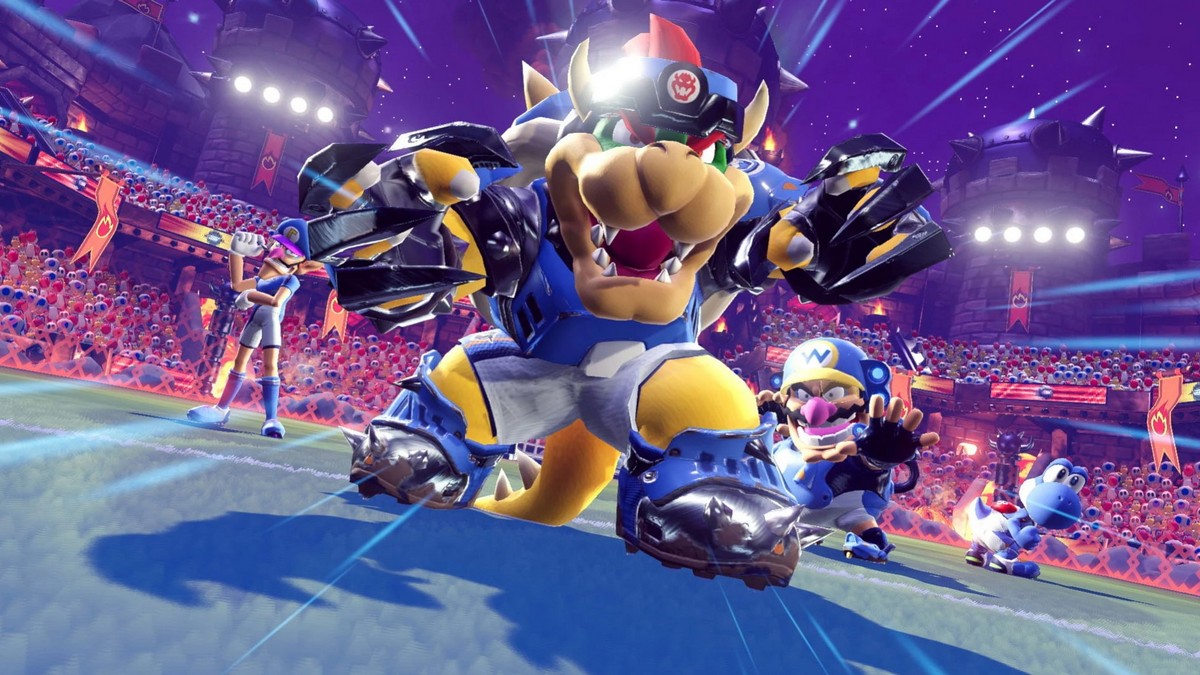 It usually takes a well-balanced lineup to achieve success for a team sport, which is almost always the case in Mario Strikers: Battle League. Having a good team composition ensures that you are covered both on the offensive and defensive sides of things, and depending on your preferences, you might lean towards either end when picking your squad. If you are looking for the best teams in Mario Strikers: Battle League, read on.

Whether you are just starting out in Mario Strikers: Battle League or looking to win another championship to add to the mantle, there are just some teams that make sense when it comes to specific situations. Together with a specialized goal-scoring threat, the rest of the team will have great supporting functions to keep you winning in even the toughest of battles.

If you are a beginner trying to get the hang of the game, this team is perfectly suited for that. It involves picking the following characters:

In this lineup, you are getting a reliable scorer in Rosalina with her vital Shooting stat, supported by Wario’s Strength and Toad’s Passing. Waluigi’s balance of Strength and Speed makes him perfect as the last man, and Toad will be able to get the ball quickly to the main threat that is Rosalina. Be sure also to equip them with the best gear to make this team even better.

While scoring goals will win you matches, having a leaky defence is not going to be very helpful in that regard. Instead, try out this team with pretty good Shooting ability coupled with Strength to ensure that it won’t be easy breaching your goal:

With Toad’s high Speed and Passing, it will be easy to feed the ball to Rosalina once either Wario or Bowser takes out the opponent. Even if Rosalina is well defended, the two giants have what it takes to score from long range as well. Defend well and keep your opponents at bay, and even one or two goals can settle the match as you frustrate the other team.

This team is built for those who just like to rack up the score and not think too much about the defensive side of things. Make offence the star of the show by putting together the following team of scoring superstars:

With these four characters, you are a scoring threat no matter who has the ball. Peach may have the least effective scoring ability here, but you can utilize her as the main playmaker with her Passing ability, and Hyper Strikes are more effective thanks to her high Technique. As for the other three, you will be scoring from all over the pitch once you can get a powerful shot off.

Instead of playing the regular way in order to achieve victory, you might want to give this Speed-focused team a try and outpace your opponents. Start by choosing:

Obviously, this team will be moving at high speed across the entire pitch, and the important reason for that is to grab as many items and Hyper Strike orbs as possible. And on the occasion you find yourself free in space, scoring with Mario and Peach is not going to be too hard either. If your opponent is more into the Strength build, this is a great counter as they won’t be able to get near to do damage to your team.

Perhaps you prefer finesse over raw power, and would much rather pass the opponent to death, then this following team composition should be one to keep an eye on:

The team’s most important asset is their Passing ability, and you can easily break through defences with a string of quick passes and lob passes to bypass any would-be defender. With Donkey Kong’s huge frame and Luigi to back him up, your defence is set to stop the opponent before getting the ball up the field to Peach. Find the open space for Yoshi and take high probability shots, with Peach supporting with the occasional Hyper Strike.

A team that is perfect for players who prefer to get more bang for their buck when it comes to scoring goals, a Technique-focused team can be a nightmare for opponents that are more into the fundamentals. Consider the following lineup:

Both Peach and Waluigi bring great speed to the team, which is perfect when you are looking to scoop up the important items and Hyper Strike orbs. From there, any one of the four members can use their Hyper Strikes effectively thanks to their high Technique, and rack the score up. You can even score the rare normal goal just to spice things up; just be sure you are always the first to those orbs so your team can take full advantage of the setup.

Now that you are more aware of the best teams in Mario Strikers: Battle League, it is entirely up to you how victory can be attained. For more help in mastering the game, be sure to check out other relevant guides such as how to pull off the perfect tackle, unlocking the powerful Bushido Gear to improve your players even more, and the technique for executing the perfect shot to score some goals. For everything else, please search Twinfinite.