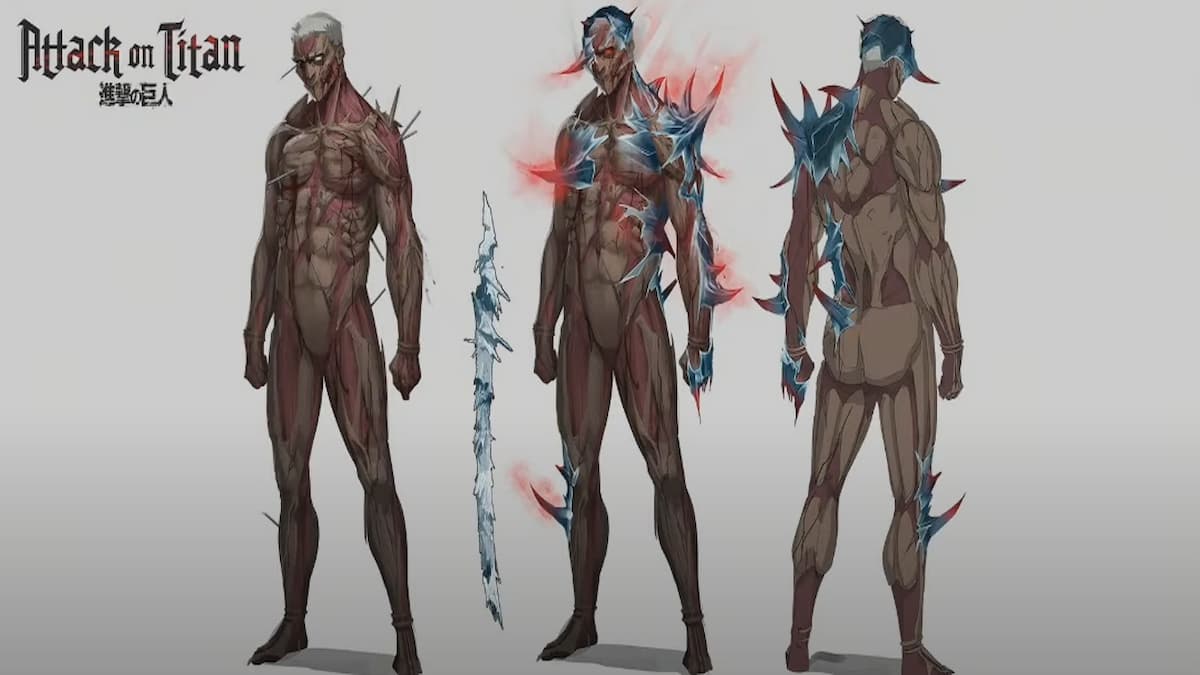 Fans from all over the world have been requesting Dead by Daylight to collaborate with a manga production, and now they will be happy to hear about the game’s first major anime crossover. The Sixth Anniversary Broadcast of Dead by Daylight has announced that it will feature exclusive Attack On Titan outfits to use in-game. If you are wondering which characters from the anime are included in this crossover, here are all the Dead by Daylight X Attack On Titan survivor & killer outfits.

Eren Yeager will be in the style of the hero, Dwight Fairfield, in the upcoming collection. Aside from Eren’s actions in the latest seasons, the broadcast explained how these two characters are alike because of their sense of heroic duties. In the artwork above, Dwight is seen wearing Eren’s iconic outfit from Attack On Titan.

To incorporate Dwight’s personality into this survivor outfit, his glasses and messy hair have been added to this skin, as well as having the equipment from the anime is displayed clumsily to represent him even more.

Hange Zoë is the perfect match for Dead by Daylight survivor, Zarina Kassir. Both of the characters are investigators and have a curiosity for the truth. Zarina was previously introduced in the DLC: CHAPTER XV: Chains of Hate and will have a new look based on the Attack On Titan character.

As seen above, Hange’s eyepatch is portrayed in this Dead by Daylight version, but her glasses will not be featured along with it.

The Oni is the largest killer in Dead by Daylight, and it will now have an Ultra Rare Cosmetic of the Armored Titan. This skin will feature crystals like the Titans in the anime for Oni’s Rage Mode. The broadcast has stated that instead of these crystals appearing blue, they will be red to represent the traditional Oni Blood Rage.

So, there you have it, these are all the Dead by Daylight X Attack On Titan survivor/killer outfits. There will be a few more surprises for the game to further the excitement of the anniversary, so keep a lookout for more content in the future. If you want to keep track of Dead by Daylight updates for killers and survivors, news, and guides, check out the relevant links below and other sources on Twinfinite.