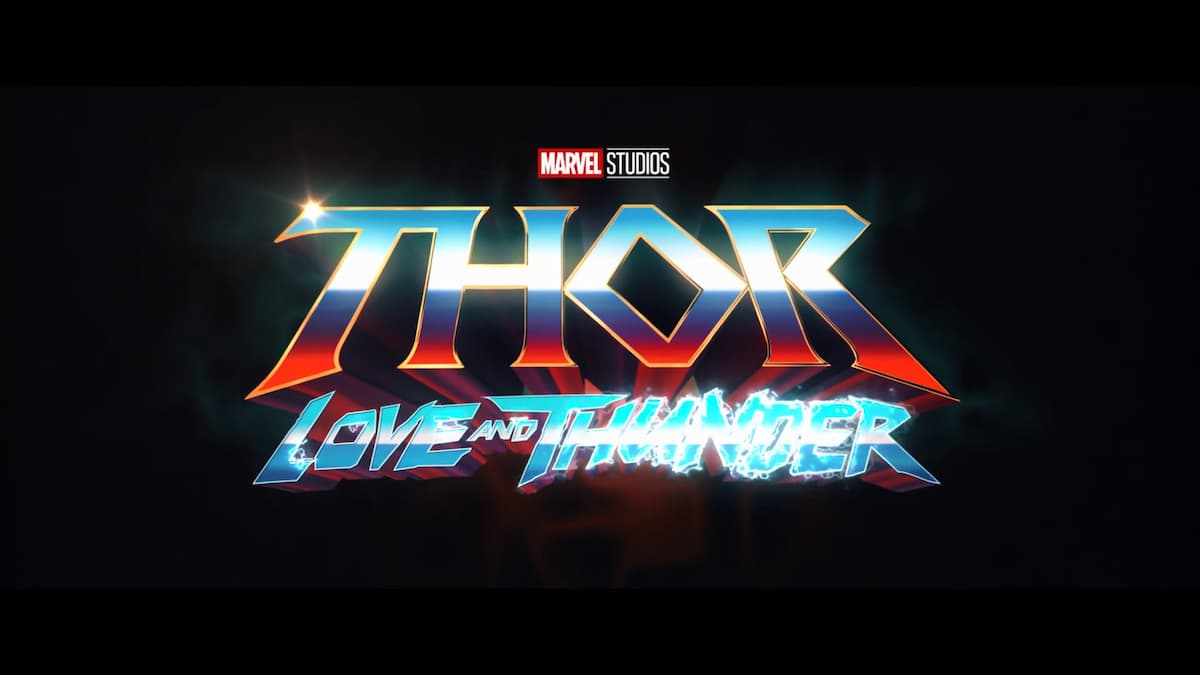 Today, fans got a good look at what is to come with the Thor: Love & Thunder teaser trailer. So far, it looks like we’re in for another jam-packed story, full of adventure and action, with plenty of returning and new faces alike. Since there is so much, we figured we’d break it all down for you nice and easy. Here is a full explanation and breakdown of the Thor: Love & Thunder trailer.

The last time Thor was seen in the MCU was in Avengers: Endgame. After the events of Infinity War, Thor was in a bad place and blamed himself for the snap. He was out of shape and no longer thought himself worthy to wield Mjolnir. After journeying to the past in search of the stones, Thor was able to talk with his deceased mother Frigga and hear her encouragement. After all that was said and done with Endgame, Thor had left the displaced Asgardians in Valkyrie’s hands and headed out with the Guardians of the Galaxy.

In the present time, the whole teaser trailer is about Thor’s retirement. He says “these hands were once used for battle, now they’re but humble tools for peace. I need to figure out exactly who I am.”

The teaser certainly shows that Thor is serious about improving himself, with a scene of him working to get back to the muscular, usual Thor. Not only that, but he appears to be in some part sticking to his promise of peace, entirely turning his back on a fight as the Guardians of the Galaxy charge into the fray. This is looking to be the least action-packed adventure Thor has ever had.

The trailer opens with young Thor running through a forest and transitioning through the major milestone looks of his life. In this sequence, we get a look at teen Thor in a very comics-accurate costume. This fits completely with the theme of self-discovery that Thor: Love & Thunder wants to heavily feature.

Very early in the trailer, we see Thor bury his Mjolnir replacement ax, Stormbreaker, in the ground as he talks about wanting to live for peace. It is likely this is either a scene from later in the film, or he goes back to retrieve it, as at several parts in the trailer he can still be seen wielding it.

The sequence of Thor working out is notable, not only does it guarantee we aren’t getting another Fat Thor movie, but also the trucker hat he is wearing has been modified to read “Strongest Avenger.” This is a reference to a scene in Thor: Ragnarok where Thor learned that the voice recognition on the Quinjet was not programmed to answer to Thor calling himself the strongest Avenger. There’s clearly some bruised pride still at work here.

Much of the teaser trailer shows Thor with the Guardians of the Galaxy. It appears that Thor also decides Star Lord is a good role model and starts to imitate him. This is evidenced by the scene in which Thor sweeps back the jacket he is wearing – much to the displeasure of Peter Quill behind him, who has pulled that same move numerous times.

At least some part of Thor’s journey will take place with only Korg (voiced by director Taika Waititi) for companionship. This fits with when Thor is found in Endgame, living with Korg in New Asgard after their adventure as forced gladiators in Thor: Ragnarok. The trailer shows Thor and Korg in some sort of frigid wasteland looking at a long-dead monster – which could be Fing Gan Foom, though that is purely speculation. The importance of this location is certainly not clear.

It is highly likely that is boat is a reference to the Toothgnasher that was first seen in the first issue of Thor volume 5 from 2018. The look is certainly different, but the fact that it is pulled by goats like a chariot is important. If it is comics accurate, they are Toothgnasher and Toothgrinder.

This boat is likely how Thor will have to travel when he’s not with the Guardians of the Galaxy seeing as the Bifrost (the rainbow bridge used to travel among the realms) is no longer functional after the death of Heimdall in Avengers: Infinity War. However, there is a hint later in the trailer of how the Bifrost might become usable once more.

While this is an extremely brief look, it does appear that the Bifrost can be revived through the use of Stormbreaker. Though, as Heimdall proved, manning the Bifrost is a full-time job, so it is unknown how this could be easily managed by Thor or whoever might be chosen.

There’s no real hints as to who the woman with the blue hair might be. However, the movie isn’t Love & Thunder for nothing, after all. It’d be crazy to expect Thor’s journey to not include some romance. Though, there is also the return of Thor’s love interest from the first film to think about. More on that at the end.

We get our first look (though, it isn’t all that much of one) at Zeus, who will be played by Russell Crowe. Seeing as Thor and all the story around him is Norse mythology, it’s unknown how Greek gods will fit into the story. Not only that, but Zeus, also being the God of Thunder (and Lightning, Rain, & Winds) is sure to lead to some conflict.

The look we get at Valkyrie (played once again by Tessa Thompson) doesn’t paint the most thrilling picture of how she feels being King of New Asgard. Due to this, it is possible we will see her try to shed this role as it doesn’t seem to suit her.

As you may remember, Mjolnir was entirely destroyed by Hela at the start of Thor: Ragnarok. Despite its appearance in Avengers: Endgame, the hammer of Thor was returned to the past to live through its history once more. The Mjolnir seen in the trailer looks cobbled together and slightly unstable as lightning can be seen glowing through the cracks.

The last shot of the Thor: Love & Thunder teaser trailer is one massive bombshell. We actually get to see Jane Foster (Natalie Portman’s return to the role) as the Mighty Thor. While Jane Foster is known as the Mighty Thor, she is also called Lady Thor in the comics. This shocking appearance of a new worthy God of Thunder is what drives the story of Thor: Love & Thunder and what will be most exciting to see play out.

There you have it, folks, an explanation and breakdown of the new teaser trailer for Thor: Love & Thunder. You will be able to see the movie in theaters only this July.