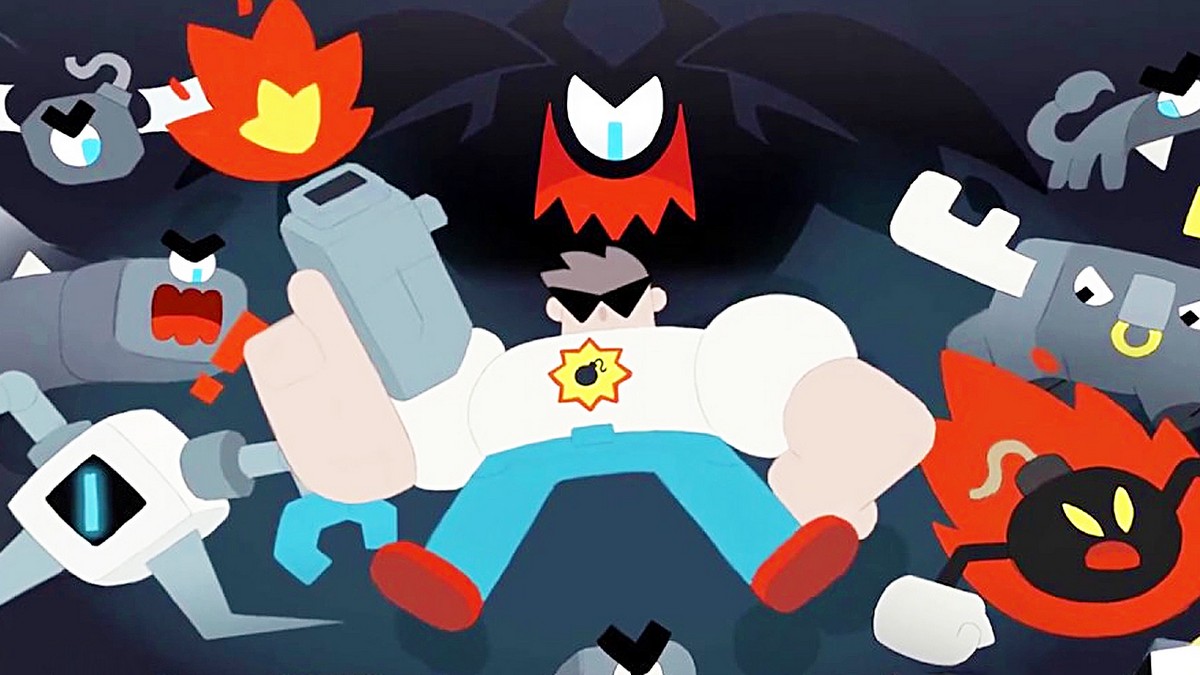 When one thinks of the Serious Sam franchise, it has always been a first-person shooter experience married with an overwhelming battle against the unending hordes sent by the evil extraterrestrial being known as Mental. However, in an interesting twist to the well-established formula, Gungrounds and Croteam have worked together with Devolver Digital to give fans a roguelite, twin-stick shooter experience with Serious Sam: Tormental, which has ended its Early Access period with a full release.

Retaining some semblance to the core games, our hero Sam “Serious” Stone finds himself inexplicably drawn into the twisted mind of his nemesis Mental. As players try to fight their way out of this nightmare against the monstrous creations of Mental’s wicked imagination, it will require quick reflexes, good spatial awareness, and the help of sympathetic monsters that will enable Sam to succeed.

Players will enter procedurally generated levels, adopt a new top-down perspective and proceed to destroy everything in sight. Survive long enough to get to the boss at the end, beat it, and proceed on. Rinse and repeat.

To spice things up, there are NPCs that can offer different challenges and rewards, and if you stumble onto a key, you will be able to unlock permanent power-ups for your future runs or more characters to choose from. There are also items to be bought as you collect currency, and Serious Sam: Tormental also features five distinct biomes that can house any combination of layouts, traps, and enemies, with the game looping into a more challenging variant once you have beat all five stages.

It’s a tried-and-tested formula that has worked for many such games, and it’s no different for Serious Sam: Tormental. Unfortunately, there is also the case that this title does not do enough to differentiate itself from the competition. There is just not enough of a reason, be it the monsters, the levels, or the weapons, that truly captivates the audience, even if it is coated in a layer of Serious Sam paint.

Nevertheless, the presentation is one of the strongest aspects of Serious Sam: Tormental, even if the cuteness takes some getting used to at the start. The game fully embraces the softer approach when it comes to character and world design without the need for blood and gore. All of Sam’s and other characters’ animations are also great to look at, even when the action gets hectic.

Speaking of the action, Serious Sam: Tormental’s version of the twin-stick shooter is quite competent, delivering on the joy of pumping crazy amounts of enemies with projectiles as you strive to avoid any fatal damage. Should the opportunity present itself, players can also execute a brutal kill that has a higher chance of rewards, but at the risk of being caught unawares by other foes.

You can rely on the ever-present pistol with infinite ammo and no reloading, but more firepower is required when you are facing tougher foes. This is where the different Serious Weapons come into play, which have limited ammo and are much slower to use. Combine that with the various upgrades that one can find during each run, and there is some variety in how you can end Mental’s cohorts. Furthermore, Sam is not your only choice of hero in Serious Sam: Tormental.

Different playable characters can be unlocked and they each bring a unique ability to the table, although Sam does disappoint in that regard as he can only jump. Sure, it’s useful to leap past the danger of enemy projectiles, but when other characters can do much more like instantly detonating all bombs or drop magnets that suck in enemies, it’s no contest. Aside from that, the shooting remains a challenging but enjoyable affair, and if you are tired of doing it alone, a friend can always join you in local co-op.

At the end of the day, it’s hard to say whether Serious Sam: Tormental deserves your time and attention. As a twin-stick shooter, it’s designed well and works to provide enjoyable gameplay for anyone looking for something simple. But when compared to its peers, it’s just not that special or unique that would warrant an extended amount of time spent on it, even if you happened to be a big Serious Sam fan.