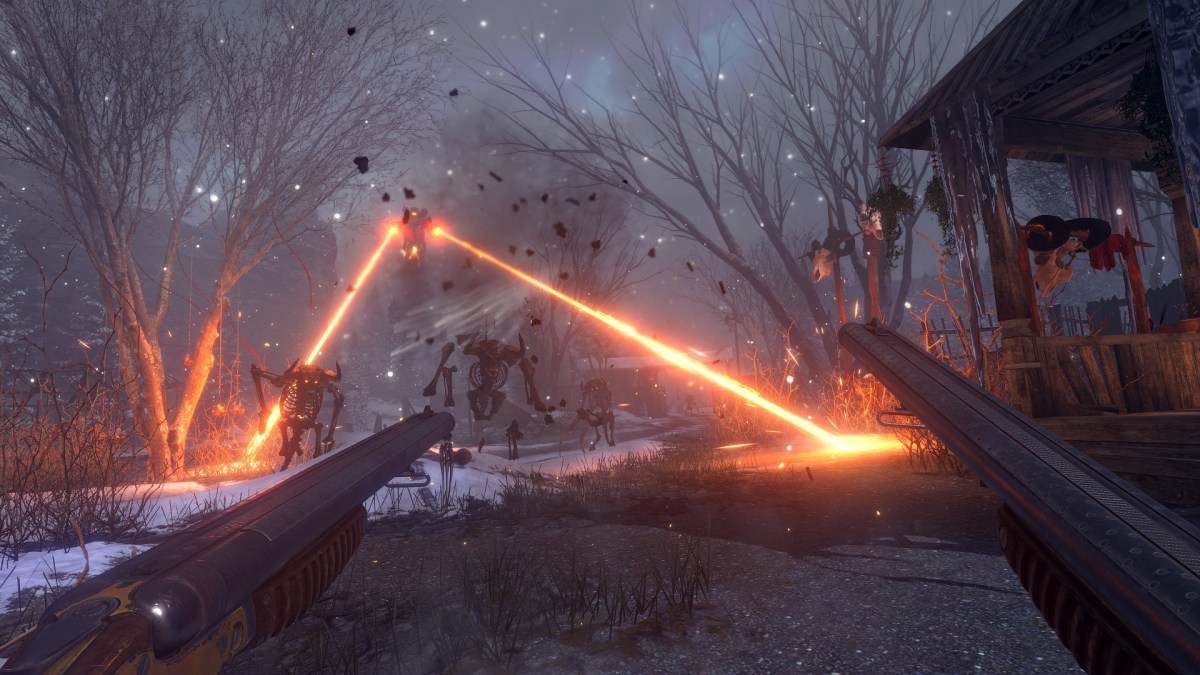 Today, Devolver Digital announced Serious Sam: Siberian Mayhem, a “stand-alone expansion” to the series will be launching exclusively on Steam. This announcement also comes with a release date, January 25 2022. You certainly read that right, just announced today and will be out in a tiny bit over two weeks.

The Steam page for Siberian Mayhem describes the game as:

Welcome back to the world of Serious Sam in ‘Siberian Mayhem’ – a new standalone chapter in the adventures of ‘Serious’ Sam Stone. Make your way through the vast Russian landscapes on a quest to catch up with the traitorous General Brand, who remains one step ahead of Sam at every turn. The road is long, and there is oh so much to see.

As to be expected from the name Siberian Mayhem, the story finds Sam very deep in the “heart of Russia”:

This place is huge, cold, and so unpredictable even the alien invaders feel lost. Travel through five new levels set in a beautiful and dangerous world, from Arctic coastlines and desolate forests to abandoned villages and a chilling ghost town. Siberia is large enough for you to fight & explore for as much as you want. The lands of Siberia are huge, desolate, and full of secrets. Useful, silly, weird, familiar… you name it. Can you find them all?

As with any Serious Sam game, you can expect tons of bullets and baddies no matter where you go, and Siberian Mayhem certainly doesn’t look to be any different. The announcement came with what is practically a launch trailer (though is quite short) and can be seen here and below:

While Serious Sam 4 was announced at 2018’s E3, the game just last month launched on PS5 after being on Xbox since June.