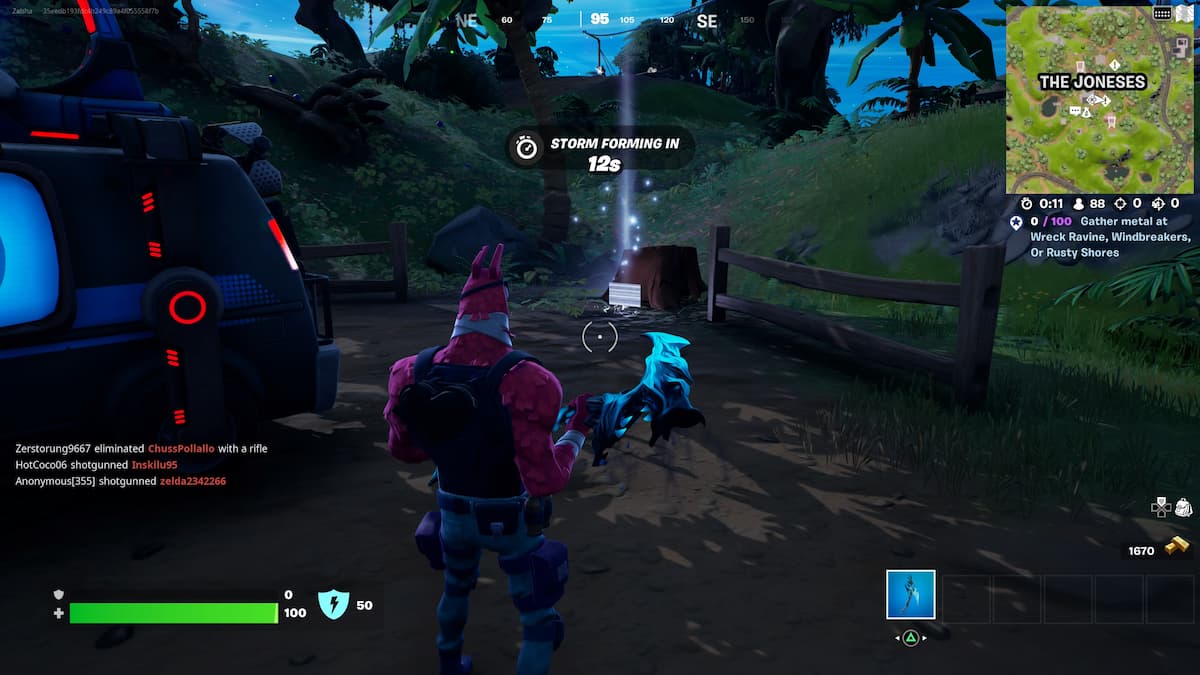 Now that we’ve set up recon cameras and arrived at the second week six Resistance quest, things are only going to get crazier. This time around we are going to walk you through how to eliminate IO forces and deliver their dropped credentials in Fortnite Chapter 3 Season 2.

As you are no doubt very aware, before we do that we must settle the usual opening objective. This time, we must “Establish Device Uplink near Synapse Station.”

There are two locations to start this from, and we went to the north point. It’s always the better choice to start these as far outside of a named location as possible.

To start the real quest you’ll want to touch the hologram audio log found right here north of Synapse Station and not far from the bend in the river.

Touching the hologram audio log will give you the new quest objective of “Eliminate IO forces to steal IO Credentials.” The slight problem here is that at this point of the season, the IO forces have been pushed back further into the map. While at the start of the season you were spoiled for choice on where to engage IO forces, you now have three options.

Your first option is to head into Command Cavern and try your luck against the IO forces in that location. However, Command Cavern is still a highly popular drop spot, so you might find yourself unable to focus on killing one single IO guard.

The better option(s) would be boarding the airship over Tilted Towers or Rocky Reels. Tilted Towers might be the better location as the AI-driven tank below usually repels most other players from pushing in.

Once you have located the IO guard, do enough damage to knock them and they will drop the IO Credentials you need to move on.

The simple fact that you don’t have to completely killed the knocked guard should give you enough time to escape if you aren’t alone.

How to Deliver Credentials in Fortnite Chapter 3 Season 2

That’s it folks, all the information you need to know for how to eliminate IO forces and deliver their dropped credentials in Fortnite Chapter 3 Season 2.

With the Light Machine Gun now unvaulted, we have a guide for how to get your hands on one.