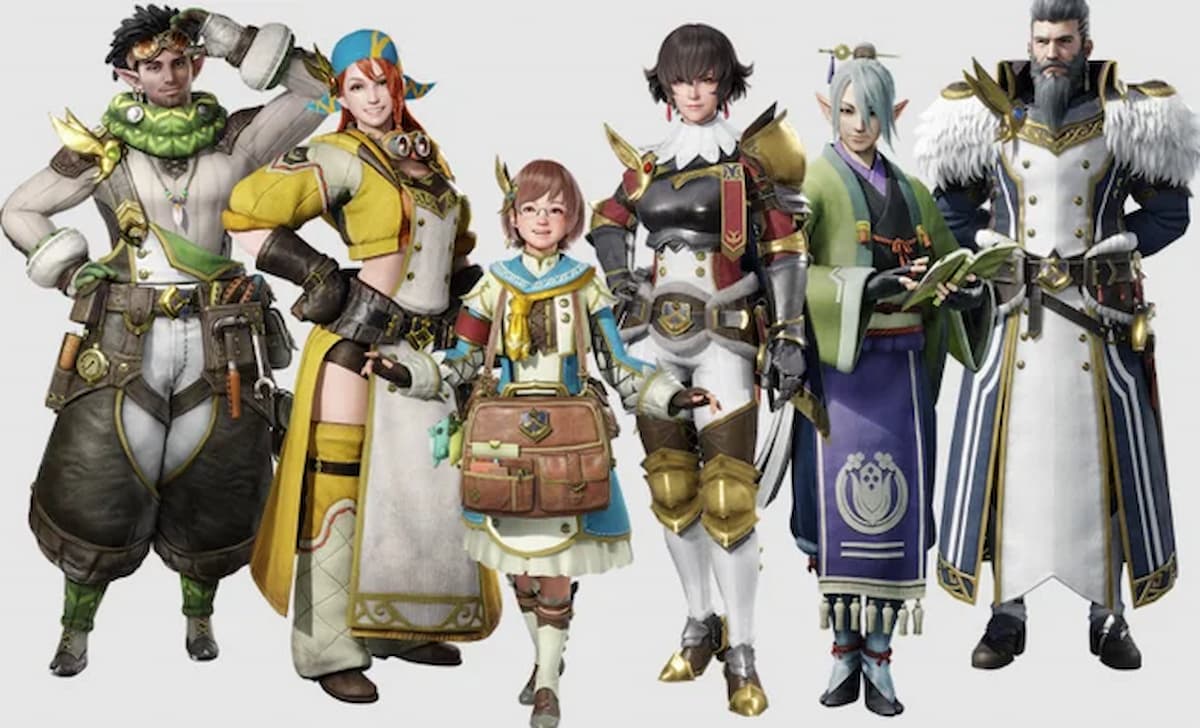 Fiorayne will be your partner in the Sunbreak DLC, as she helps in leading the research team’s investigations into the mystery surrounding the Kingdom’s monsters. She’s a loyal member of the Royal Knights, whose voice is sourced from Valerie Arem.

Bahari will be introduced as a bright scientist in the Monster Hunter Rise: Sunbreak who will lead the research team at Elgado Outpost. On the other hand, he is also referred to be rather eccentric in the storyline.

As the character’s name suggests, Chichae is the one and only quest receptionist at the Kamura Village. She will basically task players with various new challenges and assignments in Elgado Outpost.

Minayle, the young girl with expertise in her field, will emerge as the Operator of Elgado Outpost’s Smithy in the Sunbreak expansion. Players can ask Minayle to upgrade their weapons and armors to combat their foes effectively.

Oboro will be incorporated as a trader in Monster Hunter Rise: Sunbreak, who will be running the market in Elgado. He boasts impressive knowledge of items and other fields. Therefore, Oboro’s shop is the right place to purchase crafting items, potions, and traps.

Capcom has recently released the profile for Arlow, who trains the members of Knights of the Royal Order. Meanwhile, he’s also researching ways to improve Hail Cutter’s cooldown effect.

Jae is voiced by Griffin Burns, who is mentioned to be a close-range melee unit. When it comes to Jae’s personality, he’s a bright and cheerful fighter of the Royal Knights who often choose to act before thinking.

If you’re unfamiliar with Monster Hunter Rise, you can read our review. It’s currently available on Nintendo Switch and PC via Steam.