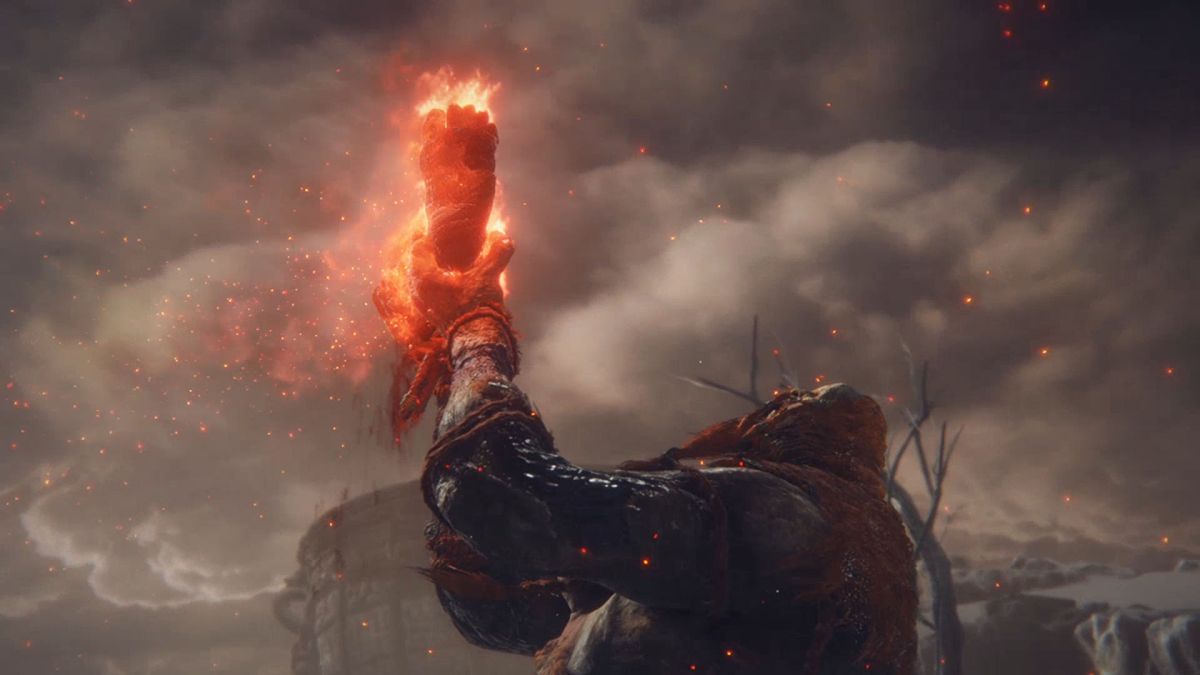 Progressing in your quest to become the Elden Lord requires plenty of work, and like many other FromSoftware‘s games, Elden Ring is not shy about putting challenging obstacles in front of players to stop them. If you are on your way to setting the Erdtree aflame, here is our guide on how to beat the Fire Giant in Elden Ring.

How to Beat Fire Giant in Elden Ring

Like many of the other giants you find in the game, this foe is huge and has a selection of melee attacks that can take off a huge chunk of your health. Thankfully, he moves much slower compared to the other bosses in the game, so you have more of a window to work with when fighting the Fire Giant.

With Torrent by your side, it is going to be a gauntlet of hit and run attacks as you whittle down the health of the Fire Giant in Elden Ring. Attacks to look out for include melee and ranged moves. If you are too close, the boss will stomp its feet to crush you, and will utilize it gigantic shield in two ways. The first is using it to smash the ground in front of it, the second is thrusting its shield into the ground, before launching snow in your direction. Rolling at the right time will help you avoid the damage of these shield moves.

On occasion, the Fire Giant will also attempt to roll either away from you or towards you, getting caught will deliver plenty of damage, so watch out. Another big attack from the boss is creating flaming eruptions on the ground, just weave your way in and out and keep an eye on the ground to avoid damage.

Get your attacks in whenever you see a safe window, and focusing on the legs can cause the Fire Giant to stagger, which allows for more critical damage. Be measured with your attacks, and you will be able to reduce its health to around half for the next phase.

In the second phase of the Fire Giant battle in Elden Ring, the boss learns some new moves to give you more of a headache. Continue to attack its legs, but watch out for the side rolls that it now uses to keep you away.

At range, the Fire Giant will be launching both bigger flaming balls and smaller fireballs at you, so be sure to boost away from danger whenever you can. When you see the boss kneeling, it is preparing for either a flaming breath attack after the flaming eruptions, or breathing fire into the air to cause flaming debris to fall onto the ground. Either way, avoid the impact and make the boss pay with some quick attacks of your own.

Lastly, it can use the large face on its chest as a flamethrower, so get ready to move fast. Keep attacking its feet and victory will be yours.

That is all the key information on how to beat the Fire Giant in Elden Ring. Be sure to also check out our guide wiki to learn more important details about the game, including information on all the bosses, completing Ranni’s quests, and understanding New Game Plus.

If there are any questions that you might have that are not answered, please leave them in the comments below and we will get back to you as soon as we can!