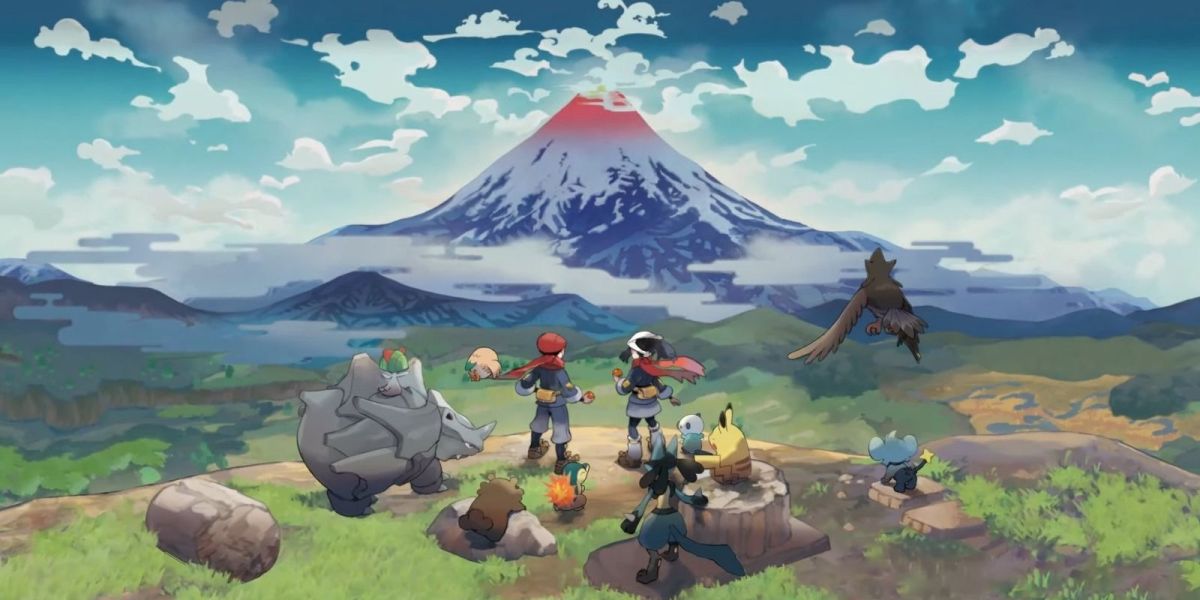 After months of hype and anticipation, Pokemon Legends Arceus has finally been released for the Nintendo Switch. The latest entry in the Pokemon series takes place in the Hisui region, where players will get to explore a large semi open-world and attempt to fill out the Pokedex by catching and battling all sorts of Pokemon. Here’s how to rank up in the Survey Corps in Pokemon Legends Arceus.

During your time in the Hisui region, you’ll be part of the Galaxy Team’s Survey Corps, where you’re tasked with exploring the region and filling out your Pokedex to help improve humankind’s knowledge of the pocket monsters. By doing this, you’ll slowly accumulate research points, and once you have enough, you’ll be able to progress to the next Survey Corps rank.

Getting research points is easy enough; all you have to do is capture and battle as many Pokemon as you can, and you can press down on the d-pad to check your Pokedex and see how your progress is coming along. Most Pokemon have unique conditions for you to fulfill as well if you want to grab some extra research points.

For instance, one of the entries for Dartrix requires you to see the Pokemon use Aerial Ace 10 times. Doing so will grant you a huge bonus in research points.

As you complete all of your Pokedex tasks, you can then head back to a base camp and speak with Laventon to show him your progress. Depending on how many Pokemon you’ve caught and how many new ones you’ve encountered, you’ll receive a sum of money as a reward. In addition to that, he’ll also analyze all the Pokedex tasks you’ve completed during your expedition and give you research points for that.

It’s important to note that once you have enough research points to get to the next Survey Corps rank, you’ll need to go back to Jubilife Village and speak with the commander to actually rank up. This isn’t an automatic process.

There are a couple of big perks that comes with ranking up in the Survey Corps: being able to command higher levels of Pokemon, and unlocking the ability to craft and use better Poke Balls.

The former is especially crucial, as you’ll be able to level up your team of Pokemon very quickly and you’ll need to rank up in the Survey Corps in order to keep pace with them and command them in battle effectively. In addition to that, the higher your rank, the better your monetary rewards will be from catching and battling Pokemon as well.

That’s all you need to know about how to rank up the Survey Corps in Pokemon Legends Arceus. Be sure to check our guide wiki for more tips and information on the game.