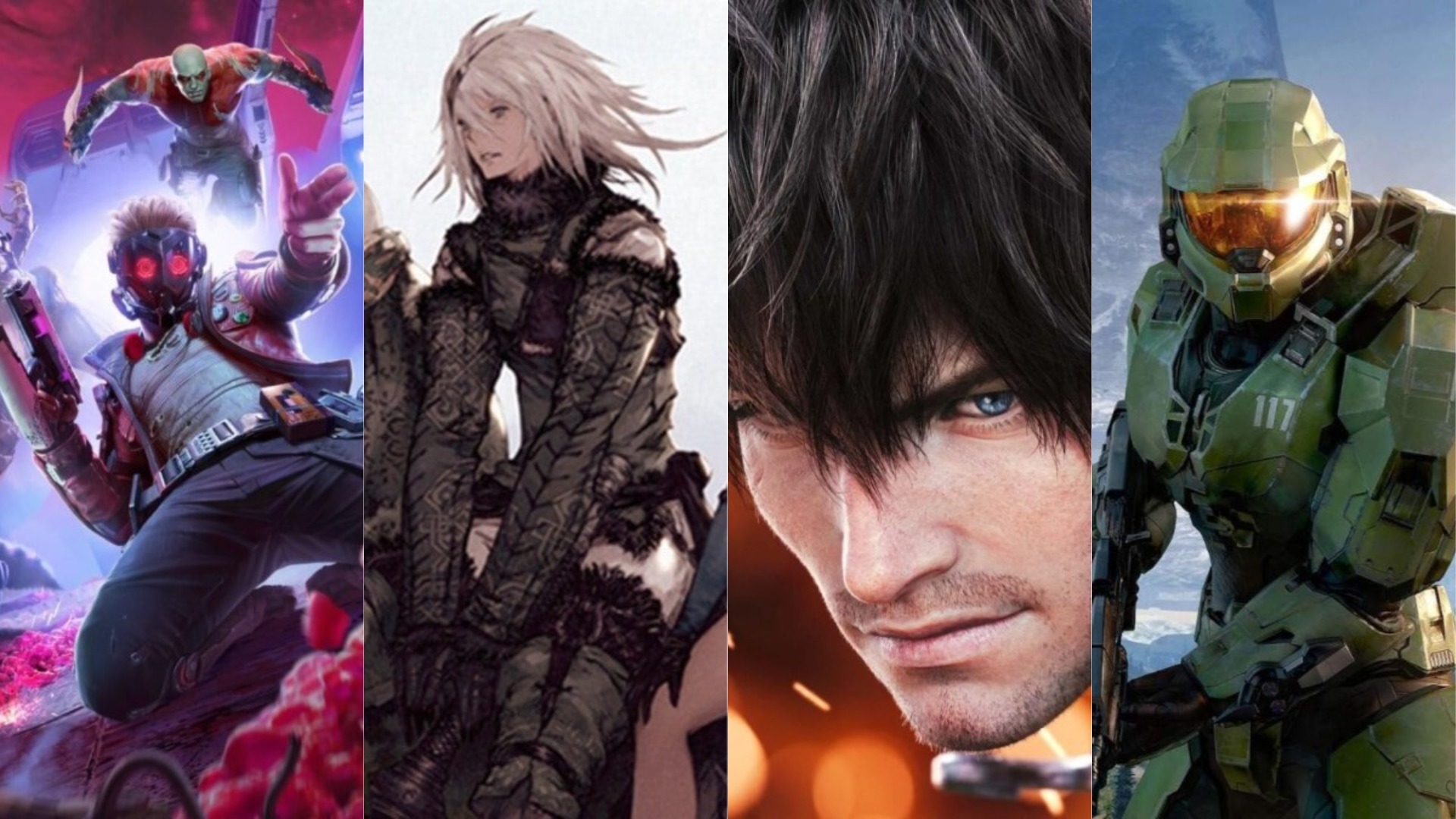 It’s the first month of the year and that can only mean one thing, it’s time for video game awards! The last year was packed with haunting sound and soundtracks in Metroid Dread and Returnal as well as more playful tracks like you would find in Guardians of the Galaxy. Here are the games with the best sound or soundtrack of 2021.

The following games were voted on by the staff of Twinfinite.

Staff Writer Omar Banat: Ever since the inception of the Metroid franchise, it has been all about using every bit of the game to tell a story that may not come across in words. And in Metroid Dread everything from the title screen to the sounds that the E.M.M.I.s make is designed to give you that feeling of hopelessness and despair.

One of the most magical tracks in the game is the music that plays when you’re being chased by an E.M.M.I. It’s one of the most frenetic tracks there has ever been in a Metroid game. The frantic melody is surrounded by echoing stingers and the occasional chirps of an E.M.M.I. Maybe it’s just a memory of the game, but this track somehow evokes the feeling of being trapped solely with sounds.

But besides the track that accompanies an E.M.M.I., the sounds they make will keep you up at night. At first, their little chirps might sound playful and curious. But right after you have your first encounter with one of these killing machines, then your tone changes. The sharp terrifying sound they make as they kill Samus is something that will haunt you for years to come.

Deputy Guides Editor Ethan Anderson: Returnal isn’t exactly one of those games that has you running to Spotify or Apple Music to find the soundtrack. It’s not the catchiest OST ever, but that isn’t its purpose — it absolutely excels at creating a tense atmosphere that greatly enhances the overall experience.

The horror elements become even more unsettling thanks to the swells in the tracks at specific instances. This is especially true when first exploring the Overgrown Ruins at the beginning of the game. Not knowing what to expect, but being thrown into a dense forest with eerie ambient music is nerve-wracking in the best way. And when the grotesque tentacle monsters begin to appear, the sounds in the OST will rise alongside your heart rate.

The very best instance of this happening is during one of Returnal’s tough boss fights. The boss in the Echoing Ruins biome, Hyperion, literally plays a creepy organ made of plants as it tries to kill you. As the battle goes on, the playing speeds up and becomes more intense. At least when you die, you’ll go out to an awesome performance.

Returnal does so many things right. Its visuals and gameplay are what get noticed most often, but hats off to the composers and sound team for nailing a vibe that brings those individual pieces together through the soundtrack.

News Editor Giuseppe Nelva: The music of NieR Replicant ver.1.22474487139… was composed by Keiichi Okabe, who is pretty much a regular for Yoko Taro’s games. This is certainly a good thing because there isn’t a game that he touches without creating a soundtrack that is pure gold.

Especially, his ability to use vocals almost like they were another musical instrument has few rivals in the gaming industry, and it certainly matches Yoko Taro’s games perfectly.

Developer and composers have developed a perfect relationship over many years working together. While we don’t know their creative process behind closed doors, the results are always amazing, and NieR Replicant ver.1.22474487139… is the perfect example of that.

News Editor Giuseppe Nelva: With every expansion, the Final Fantasy XIV development team manages to somehow overtake its previous achievements, while storytelling is the most obvious element in this success, music is no exception.

As a matter of fact, Final Fantasy XIV‘s music is exactly the crowning jewel that contributes to making the game’s story even more impactful, while also taking the time to explore genres that aren’t often heard in video games.

With its epic and nostalgic undertones, Endwalker’s soundtrack managed to extract quite a few tears from me, and it’s another absolute home-run for composer Masayoshi Soken and his team.

If we think much of it has likely been composed in a hospital bed while fighting against cancer, it’s challenging not to feel its impact even more intensely.

Staff Writer Omar Banat: Ok admit it. As soon as you saw Halo up here you started singing the main theme in your head. There are very few games out there that elicit that response and fortunately, the team at 343 Industries didn’t let Halo fans down. Halo Infinite is a fantastic game with a wonderful soundtrack and equally as good audio

Of course, the game still uses the same classic melody that everybody knows in the main theme. Yet the music in Halo Infinite does much more than rest on the laurels of an established franchise. The entire soundtrack is filled with memorable music that you’ll want to keep on listening to long after you finish the game.

But it’s not just the soundtrack that is impressive when it comes to Halo Infinite. The sounds of each gun firing are so distinctive that you could probably close your eyes and tell exactly what type of weapon is being used. The energy weapons have a distinctively other-worldly sound and the standard guns. Even the different types of grenades have varied explosion sounds.

Whether you’re listening to the fantastic orchestrated soundtrack or just the sound effects, Halo Infinite is one of the best-sounding games to come out last year. The soundtrack has a wide variety of songs that leave the player in awe or build tension. But some of the best songs are the ones that you can just put on, enjoy, and relax to.

Winner: Marvel’s Guardians of the Galaxy

Features Editor Andrew McMahon: The MCU version of Guardians of the Galaxy is known for integrating old-school killer music into its action, featuring everything from Come and Get Your Love to Hooked on a Feeling. Each of these tracks fit perfectly into the story and enhanced the scenes they were featured in.

Marvel’s Guardians of the Galaxy is no different, as it once again has music play a huge influence on Peter “Starlord” Quill’s character and design. The coolest thing about how the soundtrack is used in the game, though, is that it’s overlayed over the action while also giving your team a stat boost via a feature called “The Huddle.”

I’ve got to tell you, there are few moments from 2021 that were cooler for me than getting to fight enemies in space flying around with jet boots and blasters to the tune of Rick Astley’s “Never Gonna Give You Up.”

Every single song in Marvel’s Guardians of the Galaxy blends into the fight and action seamlessly, making the chaotic gameplay that much more fun as a result.