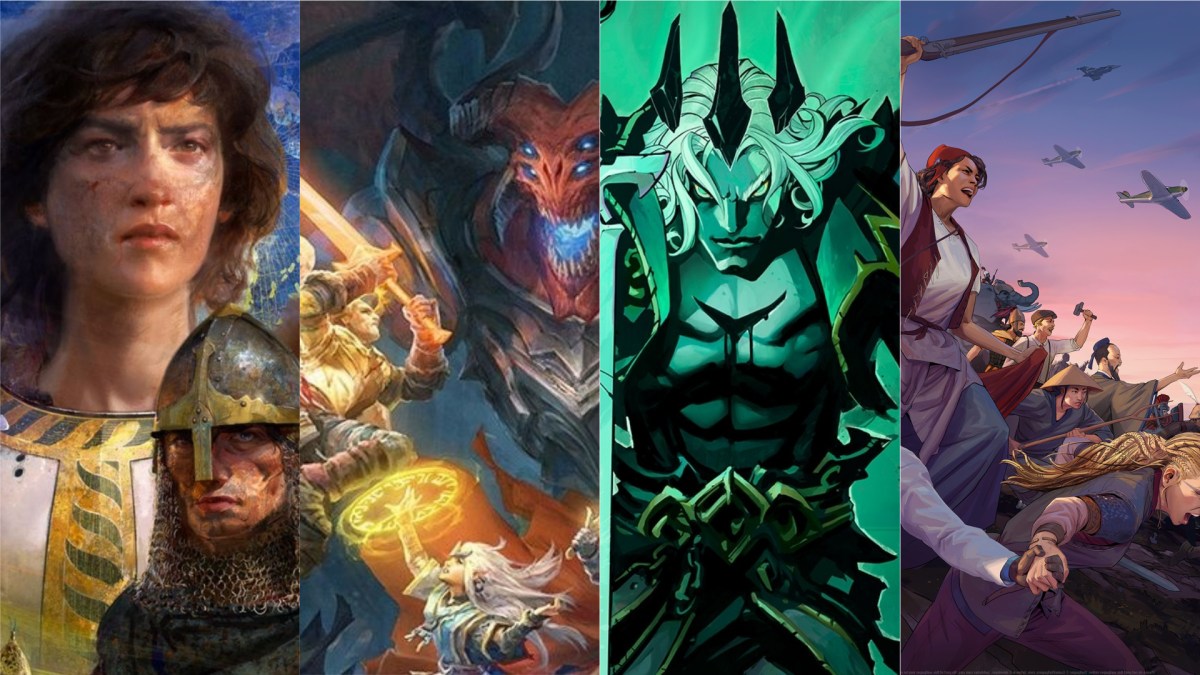 With 2021 finally over, it is the right time for us here at Twinfinite to take a look back and determine some of our favorite games over the past 12 months. For the strategy genre, we have had some excellent additions in 2021, allowing players to explore interesting worlds, expand control, and crush the opposition with smart tactics. Voted on by our editors, these are some of the standouts that you should check out, here are the best strategy games of 2021!

Reviews Editor Zhiqing Wan: Humankind deserves credit for being the biggest Civ competitor we’ve ever seen in the 4X strategy space. Boasting a beautiful UI and clean menus that Civ 6 couldn’t even hope to touch, Amplitude streamlined the formula in key ways while also attempting to reinvent and push it forward in others.

The ability to switch cultures between eras adds a layer of freshness in the 4X genre we haven’t seen in years, and while this does present new problems as far as player distinction is concerned, there’s no denying that Humankind could very well just be the first step in an ambitious towards giving Civ a run for its money. Here’s hoping that this isn’t the last we see of Amplitude and Humankind.

Staff Writer Jake Su: Despite its branding as more of a role-playing game, there is much to love when it comes to the turn-based combat for Ruined King: A League of Legends Story when it comes to flexing your strategic mind. With a wealth of information provided and a flexible lane system that grants various effects, it is up to the player to tweak their approach to take advantage of the enemy’s setup and environmental effects.

How the team of heroes is being set up is also key, with plenty of freedom to spec your party according to your preference and playstyle. Add runes and equipment enchanting into the mix, and you can spend hours on end min-maxing like the strategist you are. Any doubts about translating the popular multiplayer online battle arena world of League of Legends to the turn-based role-playing genre should no longer be a problem.

Editor-in-Chief Ed McGlone: Every time that we were able to get our hands on Pathfinder: Wrath of the Righteous we walked away more and more impressed with the direction that Owlcat Games took their ambitious isometric CRPG-style game.

The developers of Pathfinder: Wrath of the Righteous took player feedback to heart to build an even more polished product, and they upped the ante on the series’ already deep strategic and tabletop RPG elements. The result is an RPG that hardcore tabletop fans, isometric CRPG enthusiastic, and just RPG fans, in general, can enjoy.

Especially nowadays with Larian Studios driving the Baldur’s Gate franchise in a very different direction, the Pathfinder series has an opportunity to really make a name for itself with old-school fans now that they have two successful games under their belt.

There are just so many layers of strategy between character class development, race, personality, and the progression of your new Mythic powers, and all of that factors into how you approach battles, characters, and objectives. It all makes for an incredibly satisfying strategic experience.

Editor-in-Chief Ed McGlone: The release of Age of Empires 4 could have gone very south. It’s a brand new entry in a series that is now decades old and the expectations were through the roof. RTS games are dying out and if Age of Empires 4 ended up being a dud, it could set the genre even further back than it already is.

Fortunately for RTS fans, Age of Empires 4 pulled through and was, in our opinion, the best strategy game of 2021. It’s a safe, but extremely polished RTS experience that hits all the notes that longtime fans of the series were hoping would be hit.

In many ways, it’s the same Age of Empires that fans have known and loved for years, but much prettier, deeper, and smoother. You still need to train villagers, expand your area of influence, increase your military power, and then decide if you want to just defend yourself and go for a passive victory, or keep expanding and destroy your opponent.

There’s a wonderful historical campaign for single-player-minded folks to sink their teeth into and then if you’re feeling up to it, there’s a burgeoning competitive multiplayer scene as well. You’ll have a blast trying to master the intricacies of each civilization, and finding a playstyle that suits you. Going up against progressively harder AI, putting yourself in difficult situations, and then, eventually, going up against the hardest foe of all: an actual player that knows what they are doing.

I look forward to seeing if the Age of Empires 4 community stands the test of time and if they can be a pillar of hope for future RTS games. For now, though, it’s certainly our favorite strategy game of 2021.