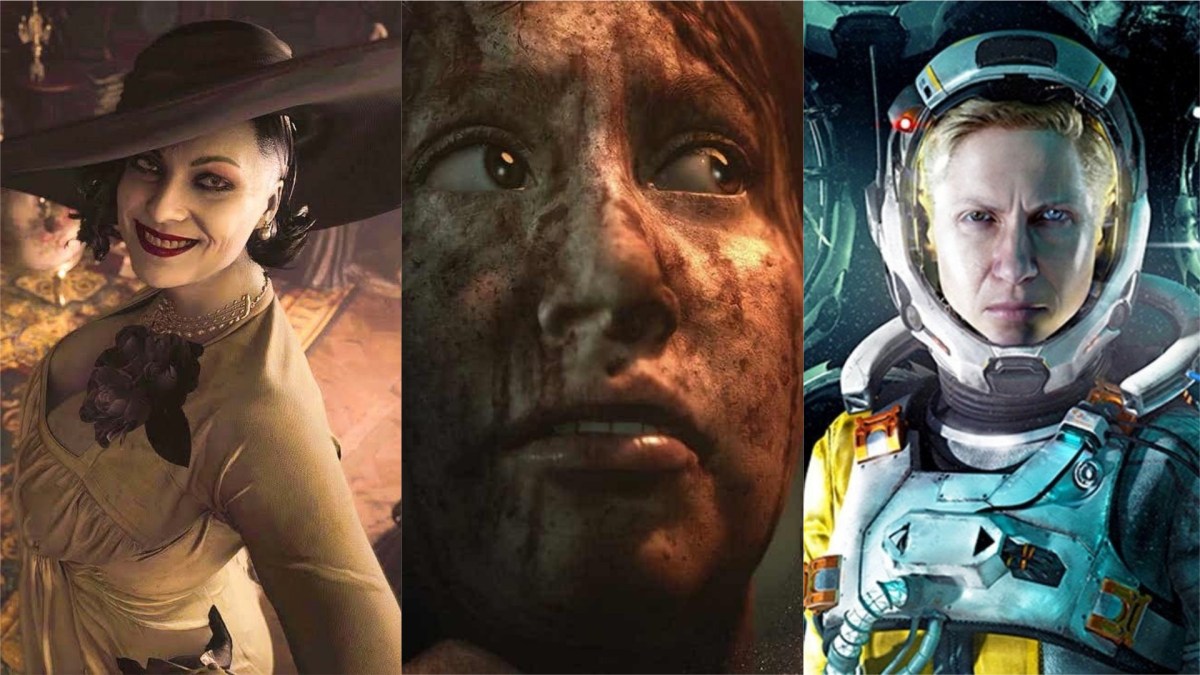 It’s awards season here at Twinfinite, and throughout this month we’re going to look back at our favorite games of 2021. In all honesty, it isn’t likely to go down as a vintage year for the games industry, but among the best of what was on offer, and those which will live longest in our memory, fell into the horror genre. So, here are our picks for the best horror games of 2021.

Voted on by our editors, these were the games that stood apart from the pack by introducing us to something new, whether it be via gameplay, story, or something else entirely, so let’s take a look at the best of the year.

Senior Editor Alex Gibson: Returnal is best-known as a third-person shooter that cleverly weaves together SHMUP, rogue-lite, and bullet hell mechanics to create a challenging but addictive experience that is oh-so-hard to put down. Typical of developer Housemarque’s signature design, it’s the gameplay that is the core of its appeal for most players.

Although, for my money, Returnal’s mysterious, creepy, and at times downright spooky world and fascinating lore were so absorbing, almost intoxicating, that they’re equally at the heart of its excellence. I just love the ambiance of the many different biomes of Atropos, which remind me of Alien in the best ways — from the eerie soundtrack to the general aesthetic, premise, and even its main protagonist, Selene.

Returnal’s fusion of excellent music and sound design adds a spooky layer to an already foreboding setting and story. The result is a feeling of tension. There’s uncertainty as to where Selene is heading, what mysterious lay in wait, and ultimately what might bring about her nightmarish end. It’s not scary-you-silly, edge-of-the-seat stuff, but it’s uniquely unsettling the whole way through and an experience we think deserves special mention on our best horror game of 2021 roundup.

Features editor Andrew McMahon: The original Little Nightmares is still one of my favorite horror video games of all time, as it not only builds an interesting story and spooky world, but it also conveys a level of helplessness that is simply terrifying. Little Nightmares 2 takes this concept and perfects it, building upon what made the original great while fine-tuning its horror aspects at the same time. Improved controls and the addition of combat are two of the most notable changes, as protagonist Mono can fight back against enemies that are his size.

Despite the added ability to fight back, Little Nightmares 2 still retains the same level of dread and powerlessness from the original, as characters like The Hunter and The Thin Man are impossible to fight back against. Little Nightmares 2 is always at its best whenever Mono and Six are faced with these massive monsters. There is nothing more terrifying in horror than an immoveable force appearing and lurking its way toward you, giving you only the option to run away in order to survive. Combine these grotesque and spooky enemies with the terrifying ambiance of the game’s setting, the Pale City, and you can see why this sequel is such a terrifyingly good time. I, for one, will never look at mannequins or hospitals the same ever again.

Editor-in-Chief Ed McGlone: After two games of The Dark Pictures Anthology, it was hard to tell which direction the series was going in. Was it going to remain stagnant or improve and grow? While I found Man of Medan to be a decent first entry, Little Hope felt like a step back in many ways.

Fortunately for horror game fans, House of Ashes took a big leap forward and eclipsed both of the previous games to be the best entry in the anthology by far. House of Ashes leans far more into tension and mystery in an attempt to generate some actual real scares, not cheap jump scares that were frequent in Little Hope.

The story of House of Ashes follows American and Iraqi soldiers during the early stages of the 2003 invasion of Iraq. Under an immense amount of pressure, the relationships between the American soldiers start to crack; and this is before the ground underneath their feet literally cracks open and swallows up a number of American and Iraqi soldiers. They are then put in a situation where they must compromise in order to combat an ancient and very angry threat that will kill each and every last one of them if they can’t find a way to put aside their differences.

It’s high drama all the time in House of Ashes. There is a love triangle, acts of betrayal, unlikely allies, and a mysterious overarching threat that slowly starts to be understood culminating in a satisfying conclusion.

Does it have high-action gameplay like some of the other games on this list? No. However, House of Ashes still has a spooky premise, lots of lore and secrets to dig into, and an interesting antagonist worth investigating.

Associate editor Dylan Chaundy: For a series as prolific and as beloved as Resident Evil, it’s always tough to please everyone. And here at Twinfinite, you don’t have to look too far to find a detractor of Capcom’s eighth installment in its genre-defining survival horror franchise. Case in point: Fellow senior editor Alex Gibson wrote in-depth about his issues with Resident Evil Village’s schlocky tone, and it’s a really great read that I implore you to check out. But sorry Alex, as I’m here to set the record straight: Resident Evil Village was, without doubt, the best horror game from 2021.

Phew, that’s a weight off my mind! From its campy, over-the-top tone to its borderline ridiculous boss encounters, Capcom decided to lean in hard to the series’ humble B-movie heritage. And – whisper it – it’s all the better for it. Fancy a hulking vampire lady with a Freddy Krueger identity crisis? You got it. Ever wanted to go toe-to-toe with an acid-spewing fish-man with a maw the size of Chris Redfield’s biceps?

Of course. Want to literally s**t your pants in one of the scariest sequences ever created? (I’m looking at you scary fetus-thingy from House Beneviento!) You betcha.

Ultimately, Resident Evil Village’s pivot to a gothic setting brimming with bloodsucking lycanthropes and eccentric, flamboyant bosses may have rubbed some fans up the wrong way, but to this humble scribe, it was an absolute blast to play and was easily one of the most memorable games from last year. 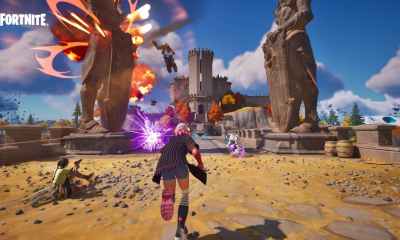