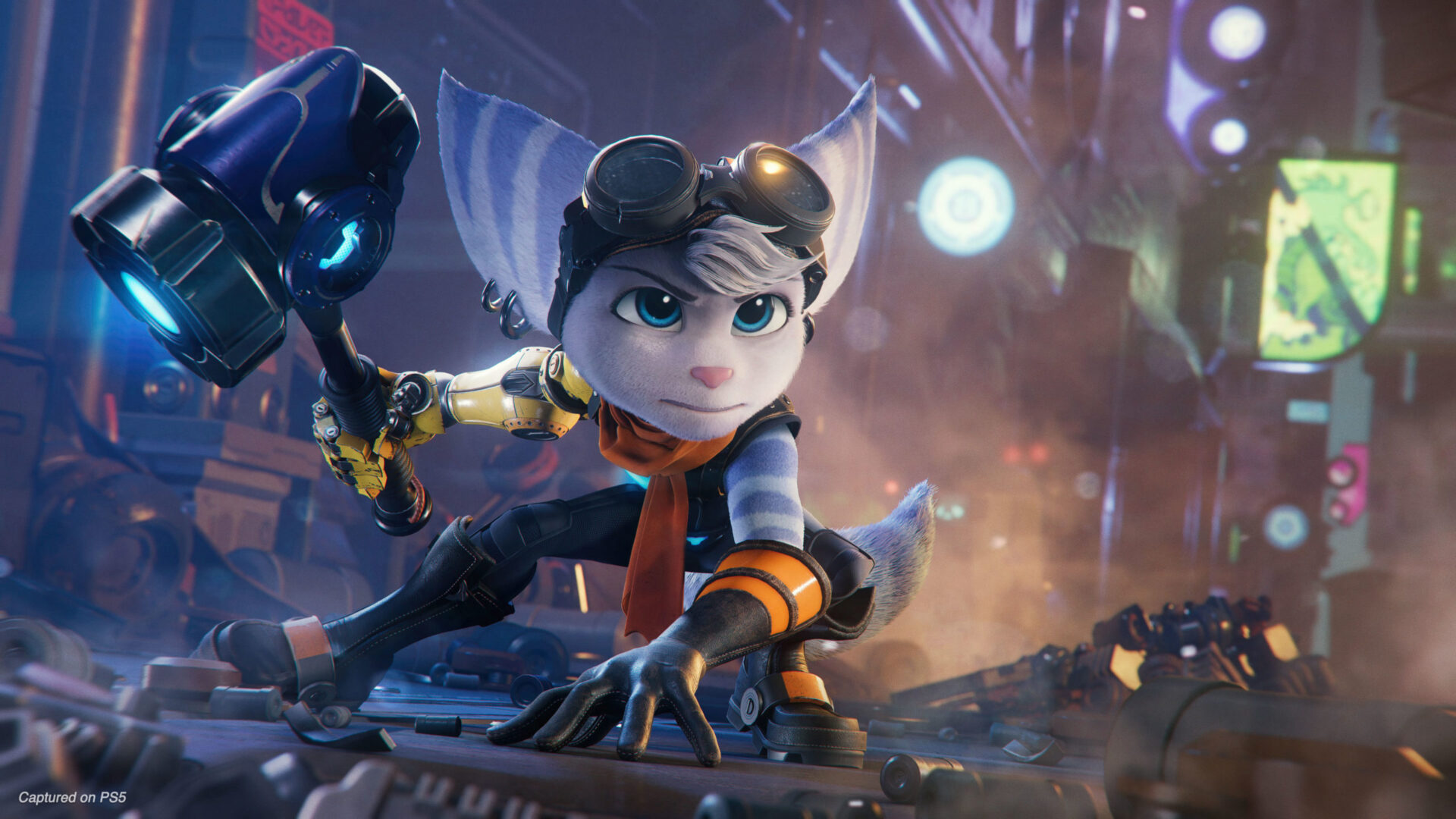 For the first time in a Ratchet & Clank game, you get to adventure the galaxy as Lombax other than Ratchet for a significant amount of the game. Rift Apart is the debut of the Lombax known as Rivet. She is essentially her universe’s version of Ratchet but with a few differences that we’ll look at in just a bit. Here’s everything you need to know about how to play as Rivet in Ratchet & Clank Rift Apart.

How to Play as Rivet in Ratchet & Clank: Rift Apart

Just like Ratchet, Rivet has a good sense of humor and an unyielding drive to free the galaxy of Emperor Nefarious. But this new Lombax has different colored fur, a prosthetic arm, and she uses a hammer as her main melee weapon instead of the OmniWrench. Although her weapon looks different, it’s practically similar when it comes to swinging or throwing the hammer.

There’s not much else outside of animations and voice lines that separate Ratchet and Rivet. But it’s still fun to be able to play as a character other than Ratchet through most of the game. Unfortunately, there’s no mechanic in Rift Apart that lets you choose if you want to play as the original protagonist of the franchise or if you prefer Rivet. As you move through the story, you’ll play as one of the two. This decision is locked by the story.

You’ll start the game out as Ratchet every time. Then once the Dimensinator goes haywire then you’ll be on your through the story. The list below indicates which character you can play depending upon where you are in the story.

How to Switch Characters in Rift Apart (Glitch)

Even though there’s no mechanic programmed into the game that allows for character switching, players of Ratchet & Clank: Rift Apart have found a glitch that lets you go back and forth between Ratchet and Rivet. Reddit user, Imaginashunz, posted the details on r/RatchetAndClank back in June 2021:

To do this you simply fully load into a planet with Ratchet or Rivet. Once you are loaded on the surface and out of your ship hop back into your ship and travel make sure to pick the opposite character on any planet. Select the character and begin flying. Once the ship warps to load the next planet with the planet on screen hit the options button quit the game and load back in. Now you should be on the planet you just were on but now with Rivet or Ratchet!

This is currently the only known method for switching between both characters at will in Rift Apart. But it’s entirely possible that this will be patched out in a future update.

That’s all there is to know about how to play as Rivet in Ratchet & Clank Rift Apart. If there’s anything else you need to learn about this game, then just check out our guide wiki.