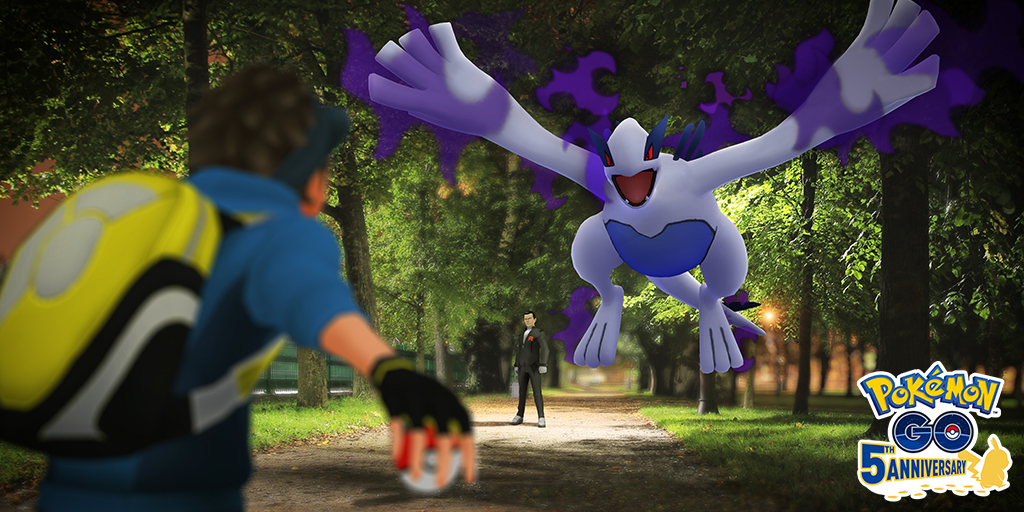 Back in ye olde 2005 a game by the name of Pokemon XD: Gale of Darkness made its way to the Nintendo GameCube. On the cover of this game was the corrupted shadow version of the Legendary Pokemon, Lugia. Sadly, Pokemon GO didn’t use that design, but now you can at least get the shadow version of this very rare pokemon. Here’s everything you need to know about how to get Shadow Lugia in Pokemon GO.

How to Get Shadow Lugia in Pokemon GO

After much anticipation, the Shadow version of Luigia is finally available in Pokemon GO. This extremely powerful creature can only be obtained by winning a battle against Giovanni. But if you’re familiar with past Giovanni battles, then you’ll know that it’s fairly time-consuming to find the Team Rocket boss.

First, you’ll need to obtain a Super Rocket Radar. This is the special version of the regular Rocket Radar, which lets you battle Team GO Rocket Leaders like Sierra, Cliff, and Arlo.

Once you get this Rocket Radar and equip it, then you’ll be able to find Giovanni at PokeStops or in Team GO Rocket Balloons. Just keep in mind that some of the spots that might look like a Giovanni encounter may actually be decoys.

After defeating Giovanni (use our battle guide for assistance) an encounter with the Shadow Lugia will begin. Make sure you don’t miss your throws. It’s supposed to be a sure catch if you hit Shadow Lugia, but some people have been reporting Lugia breaking out. Yet, we can’t confirm this is happening.

Here’s a quick rundown on how to get Shadow Lugia in Pokemon GO:

That’s all there is to know about how to get Shadow Lugia in Pokemon GO. And don’t forget to check out our Pokemon GO wiki guide for any more information you would like to learn about the game.