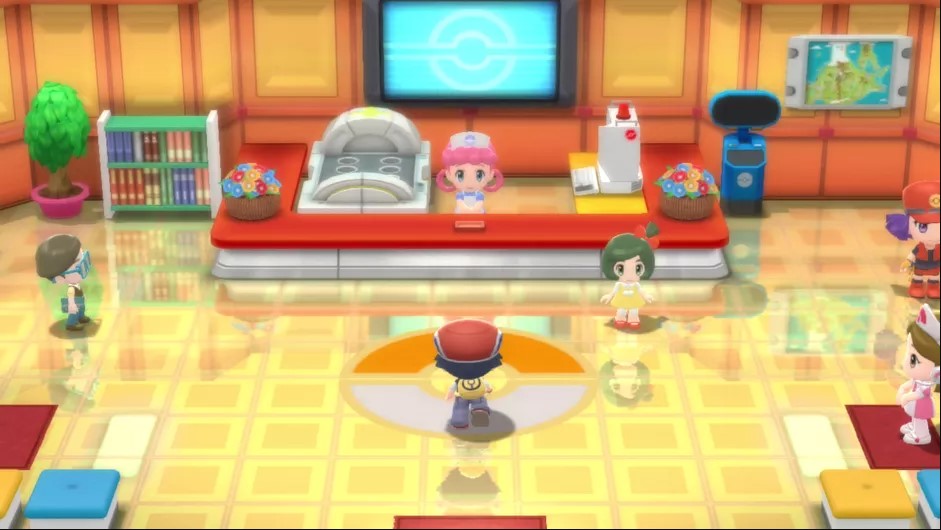 If you’re looking for a formidable Dragon-type Pokemon, then look no further than Garchomp. It has incredibly powerful attacks which can make light work of any battle you throw it into. Of course, in order to get a Garchomp, you’re going to need to catch and evolve Gible into Gabite, and then evolve your Gabite into Garchomp in Pokemon Brilliant Diamond & Shining Pearl, so we’ll explain exactly how to do that.

To catch Gible, you’ll need to go to Wayward Cave on Route 206 after beating the sixth Gym Leader Byron in Canalave City.

Gible has a 15% chance of spawning in Wayward Cave and is one of the only places you can catch the Pokemon in Brilliant Diamond & Shining Pearl.

To get to Wayward Cave, however, you’ll need to get the Strength, Flash, and Cut HMs, so make sure you’ve got these first before making your way out there. Once you do, head to Route 206 and go south onto the Cycling Road.

From here, you’ll need to take a right after exiting the tunnel and use Cut to chop down the trees in your way. Keep following the path until the end, but don’t go into the cave you see on your right. The cave you want to go into can be found directly under the bridge of the Cycling Road. Align yourself underneath this and walk up to head inside Wayward Cave.

You’ll then need to use Flash to see where you’re going and Strength to move the boulder out of your way. Head through the doorway to your left and then use your bike to get up the two steep slopes. Then hop over the three ramps to the right.

In this little square opening, you’ll have a high chance of catching Gible. Make sure you stock up on Ultra Balls to make catching this Pokemon even easier.

It’s also possible to catch both Gible and Gabite in the Grand Underground. Both Pokemon can be found in the following locations:

Gible can only be caught in the Grand Underground once you’ve obtained the 7th Gym Badge from Candice. Gabite requires you to have obtained TM99 Waterfall before it’ll appear here.

Gible evolves into Gabite at level 24. Gabite will then evolve into Garchomp at level 48.

The good news is that neither of these evolutions requires players to use an evolution stone, increase friendship levels or trade the Pokemon with another player, as we’ve seen with some Pokemon like Steelix and Roselia.

And just like that, you’re all set to catch Gible and evolve it into Garchomp in Pokemon Brilliant Diamond & Shining Pearl. For more tips and tricks, head over to our wiki or see more of our coverage on the game below.