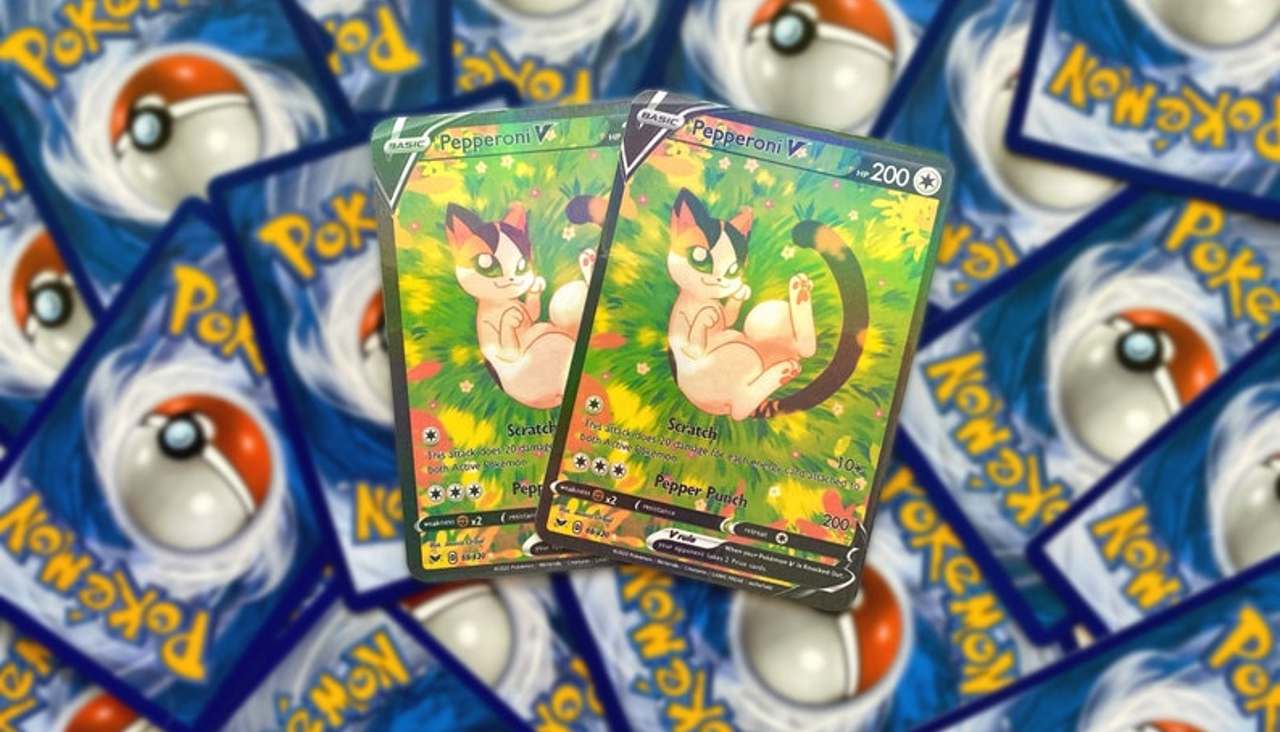 Over the years, we’ve seen Pokemon fans do a lot when it comes to customizing cards, ranging from ones that celebrate wedding anniversaries to others that create an entire 3D background. Anyone that has a pet, though, knows that there is nothing better than getting something that depicts their likeness.

That is exactly what Reddit user Frosttance showed off in a now-removed post to the Pokemon subreddit, as they revealed that their friend made them a customized Pokemon card for their cat, Pepper (aka Pepperoni), as a birthday present.

As you can see in the image above, the card is pretty detailed, featuring HP, moves, weaknesses, and even attacks. The Pepperoni V-Max Pokemon can deal 200 damage with a Pepper Punch and 20 damage for each energy card attached to both Active Pokemon using the Scratch ability.

The user went on to detail in the comment section that their friend does custom trading card commissions and more on their Etsy shop under the name RoseySkyPeach. Anyone interested can also check out her work on Instagram, where she posts examples of her artwork and more.

While you’re here, be sure to check out all of the other Pokemon-related content we’ve got for you below. That includes articles on Pokemon Cafe Remix, a Trading Card McConspiracy, and these crazy Hyrulean Pokemon crossover concepts. We’ve also got plenty of other Nintendo stuff, including stories about Zelda, Mario, Monster Hunter and so much more.