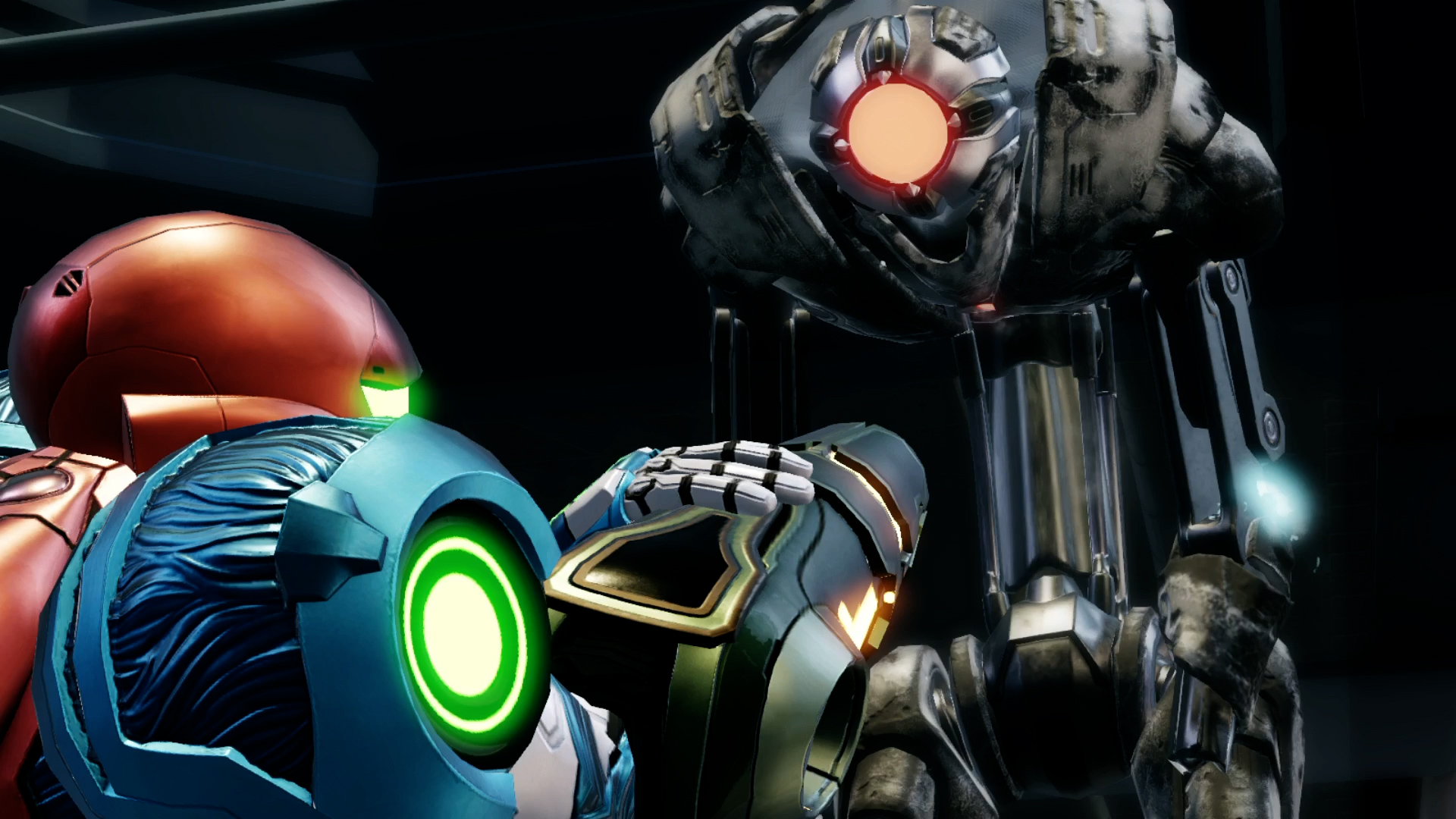 As you make your way through Metroid Dread, you’ll be hunted down by a creepy robot called EMMI. Whenever this machine gets its cold, metal hands on you, it’s pretty much an instant kill, sending you to the ‘Game Over’ screen. However, it is actually possible to get past, kill, and counter EMMI in Metroid Dread if you know what you’re doing. Here’s what you need to know.

When you first come across EMMI, you’ll immediately be grabbed by it. This is part of the ‘tutorial’ as the game will show you that it’s possible to counter the machine when it gets its hands on you.

To counter EMMI, you need to press X as soon as its one eye flashes when it has you pinned on the floor. This is incredibly quick, and so the timing required to pull off the counter has to be near-perfect.

If you get the timing right, you’ll knock EMMI back and it’ll be stunned. You can now get past EMMI in Metroid Dread.

Once EMMI is stunned, you’ll then be able to slide underneath it. To do so, run towards it and press the ZL button to slide through its legs. This is what you’ll want to do whenever you don’t have the correct equipment to kill it. Speaking of…

How to Kill EMMI in Metroid Dread

Soon after your first encounter with the creepy machine, you’ll stumble upon a computer that grants Samus the Omega Cannon, replacing her Arm Cannon. This only has a limited amount of uses, though, so make sure you use it sparingly.

To kill EMMI, you need to press and hold L and R when you’ve got the Omega Cannon equipped. Doing so will begin charging it up. Once it fully charges — you’ll hear a noise and get a telltale rumble in your controller — make sure you’re aiming the cannon at EMMI’s single eye. Let go of R and you’ll fire off an Omega Cannon straight into its cold, dead eye, killing it in the process.

That’s everything you need to know on how to counter, get past and kill EMMI in Metroid Dread. For more tips, tricks and guides, search for Twinfinite, or see more of our coverage below

Related Posts
Comments
Continue Reading
Related Topics:emmi, Guides, how to counter emmi, how to get past, how to kill emmi, Metroid Dread