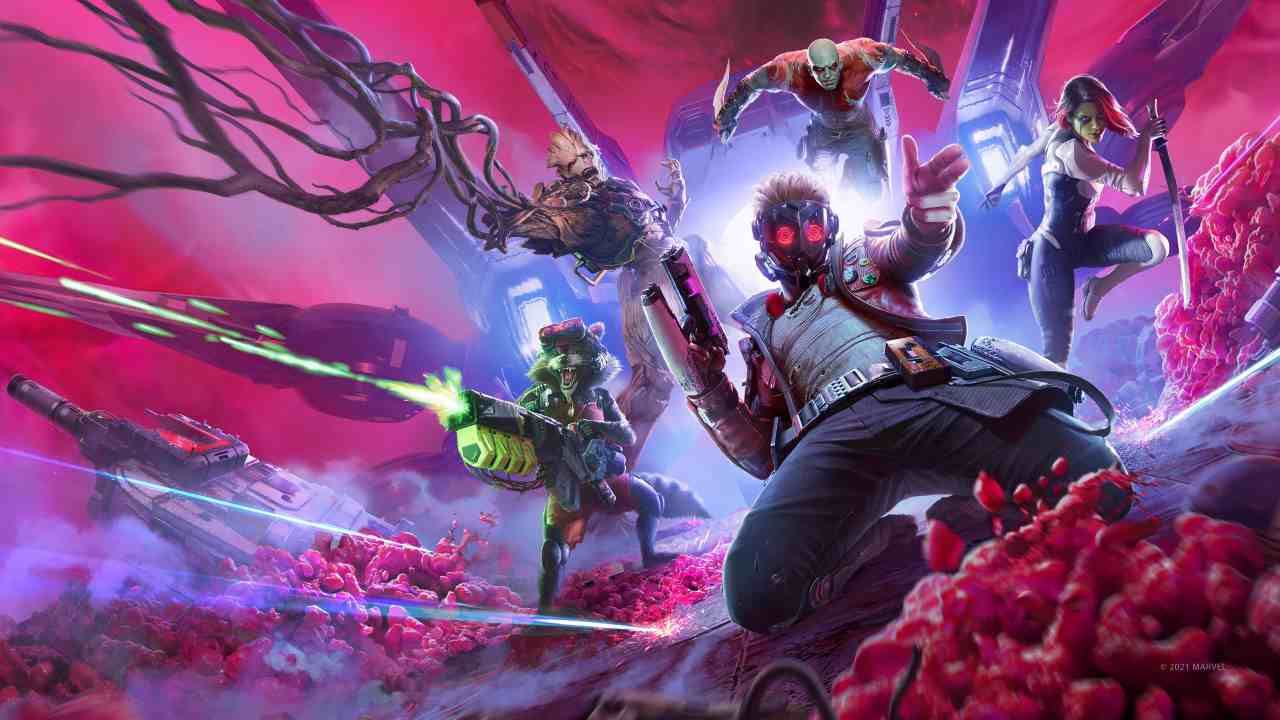 While the majority of the fights in Guardians of the Galaxy see our heroes fight together to overcome the odds, there are some situations where monkey wrenches get thrown into combat. One of those situations occurs when Peter runs into the fearsome Blood Brothers on Knowhere. Here is everything you need to know about how to defeat Rosson and Garek, The Blood Brothers, in Guardians of the Galaxy.

In Chapter 6, Peter and the Guardians will head to Knowhere to report to Cosmo about what they saw regarding the Nova Corps and the Church. Along the way, the group will split up, leaving Peter all by his lonesome.

Eventually, Star-Lord is directed into a trap that was set by two bounty hunters known as The Blood Brothers. While he tries to talk his way out of the situation, Peter has no choice but to fight Rosson and Garek one on two.

After fighting these brutes for a bit and dealing no damage, a prompt will appear via the L3 button that says Call a Timeout. Press in L3 and a quick cutscene will play where Peter asks them to take a breather really quick.

Shortly after calling the timeout, Gamora will arrive. When the deadliest woman in the galaxy arrives, you’ll be able to actually deal damage to Rosson and Garek. All you need to do is make sure they aren’t close to each other, as their armor pops up when they are near one another.

Aggro one of them by shooting at them with either R2 or R1 to pull them away from the other. Don’t worry too much about the other brother, as Gamora does a good job of distracting him.

When their armor is down, press L1 and have Gamora execute any of her special attacks. You can also do some serious damage right after they get together in this high five/fist bump sort of motion. They start to glow after this, meaning they are vulnerable for a bit.

After getting their health down enough, Drax will appear as well. Rinse and repeat this while also using Drax and you’ll be able to melt their health bars down pretty quickly.

Get both of their health bars down low enough and Cosmo appears to end the fight. This also unlocks the Family Intervention trophy and achievement.

That is everything you need to know about how to defeat Rosson and Garek, The Blood Brothers, in Guardians of the Galaxy. If you’re still on the hunt for more info about the game, be sure to check out all of the guide wiki, as it’ll surely have all of the tips, tricks, and FAQs you could ever have about the game.